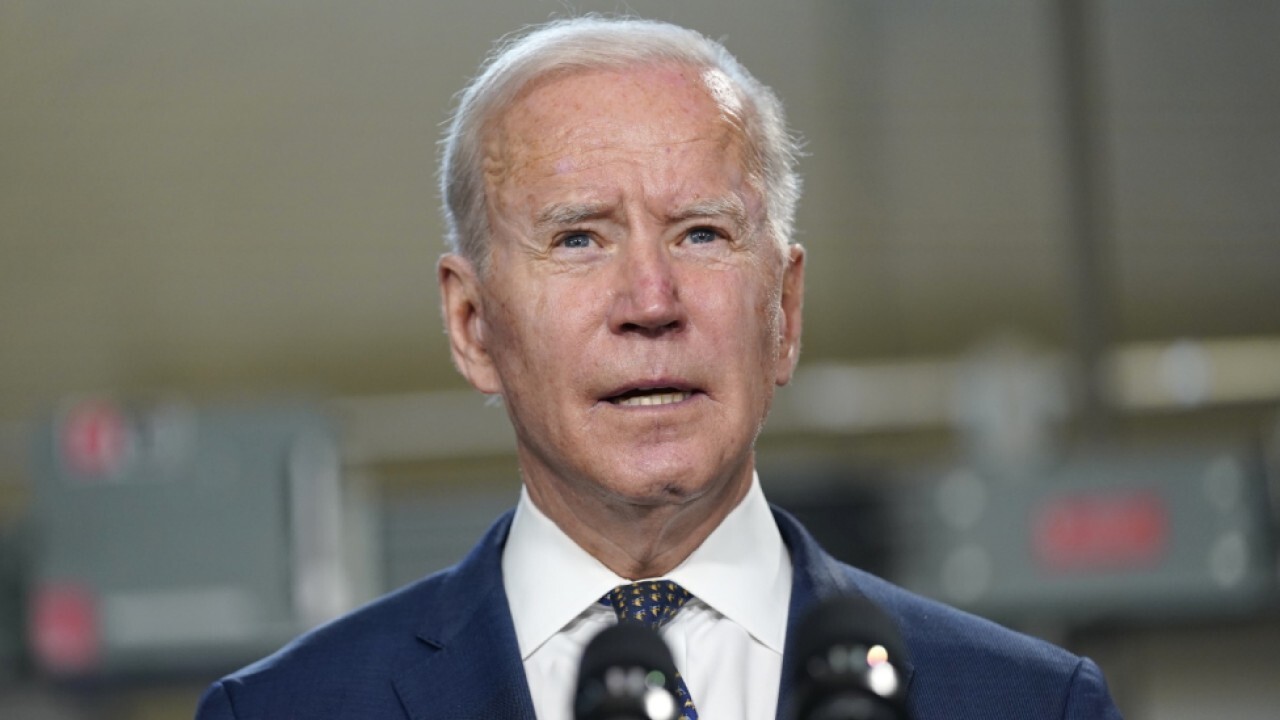 Economy is growing, but not because of Biden's policies: Rep. Biggs

President Biden reiterated his pledge that no American earning less than $400,000 would not pay "a single penny" in additional taxes with a slight twist on Monday, after he proposed several tax increases to fund two sweeping spending plans.

Biden appeared to mistakenly leave out a key word during his speech at Tidewater Community College – instead saying that no one earning under his specified threshold would pay any taxes.

"The reason I’m bothering to do this is I keep hearing in the press ‘Biden’s going to raise your taxes’ – anybody making less than $400,000 a year will not pay a single penny in taxes," Biden said.

BIDEN'S FIRST 100 DAYS: HIS PLANS TO MAKE THE RICH PAY WITH HIGHER TAXES

He previously announced the American Jobs Plan, a $2 trillion investment that includes a revamp of the nation’s infrastructure as well as various child care proposals.

Both spending plans rely on tax hikes on businesses and the wealthy for funding.

The second proposal contains a number of increases on individuals and households, notably raising the top personal income tax rate to 39.6% from 37%.

Additionally, Biden wants to eliminate the stepped-up basis provision, which allows an individual who inherits assets or property from a decedent to sell it immediately and pay no tax. That is because the cost basis has been "stepped up" from the price the deceased owner originally paid for it to its fair-market value on the date it was inherited.