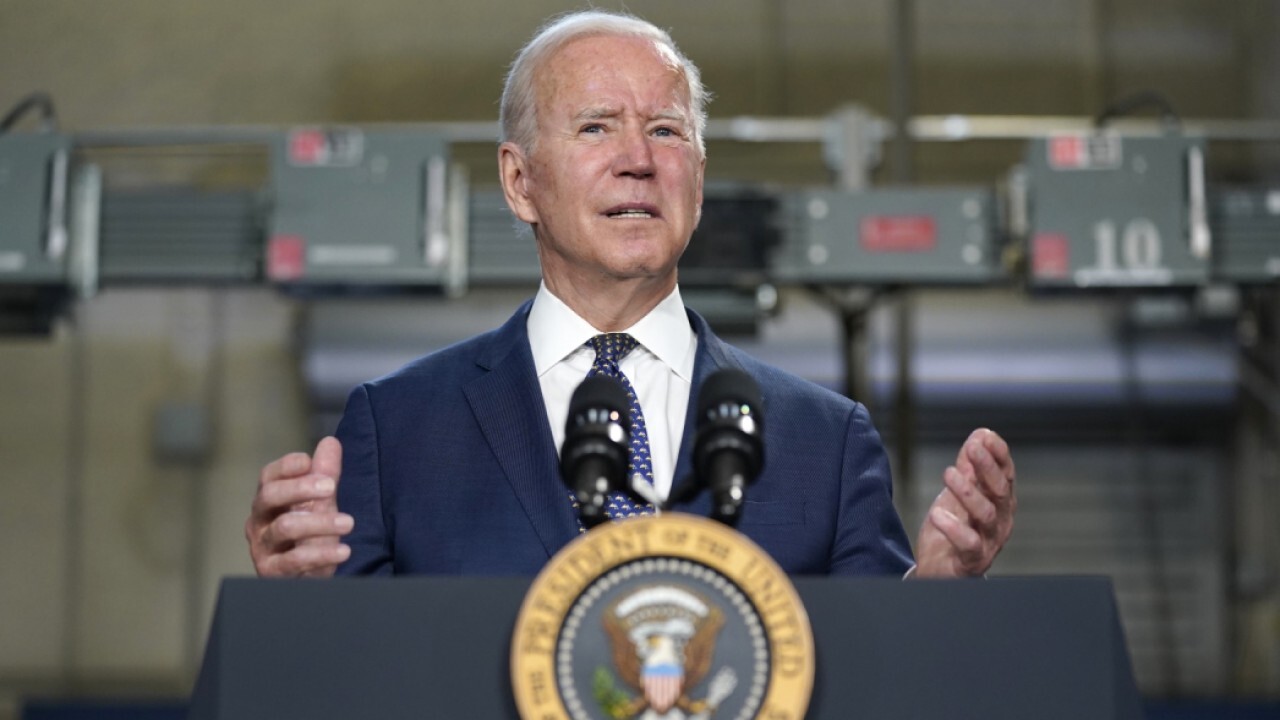 Former adviser to the Clintons Mark Penn weighs in on President Biden's spending, the border crisis, and the Democrat's progressive policies.

President Biden's newest spending proposal would cost significantly more than the White House projected, according to a new analysis published on Wednesday morning.

The American Families Plan – which officials priced at $1.8 trillion – would actually cost about $2.5 trillion over the next decade, roughly $700 billion more than Biden estimated, according to new findings from the Penn Wharton Budget Model, a nonpartisan group at the University of Pennsylvania's Wharton School.

The disparity arises from the anticipated cost of the tax credits for low- and middle-income families, as well as universal pre-kindergarten and free community college. Penn Wharton analysts determined that those measures would be more expensive than the White House has anticipated, in large part because the American Families Plan makes some of the programs permanent.

At the same time, the proposal's tax increases on wealthy households would raise $1.3 trillion over the same time period, rather than the $1.5 trillion the government expects. The initiative would shrink the nation's GDP, the broadest measure of goods and services produced in the country, by about 0.3% by 2031.

The proposal – the second tax and spending plan released by Biden this month as part of his "Build Back Better" agenda – already faces a steep hill to passage, even though Democrats control both chambers of Congress.

Many moderate members of the president's own party have suggested $4 trillion in new spending is too much and have questioned whether the proposed tax hikes could hurt the economy just as it's recovering from the coronavirus pandemic.

Republicans have already panned the proposal, criticizing the price tag; the expansion of the social safety net; the lack of spending on traditional infrastructure; and the proposed tax hikes on rich Americans and corporations. Senate Minority Leader Mitch McConnell, R-Ky., recently predicted that no GOP senator would support the measures.

The analysis could provide new fodder to those critics as negotiations inch forward on Capitol Hill.

"American families can’t afford Democrats’ socialist takeover of the economy, and voters will hold them accountable for their recklessness," said Torunn Sinclair, a spokesperson for the National Republican Congressional Committee, the GOP's fundraising arm.

The pair of initiatives would be paid for by dramatically raising the taxes paid by wealthy Americans and corporations.