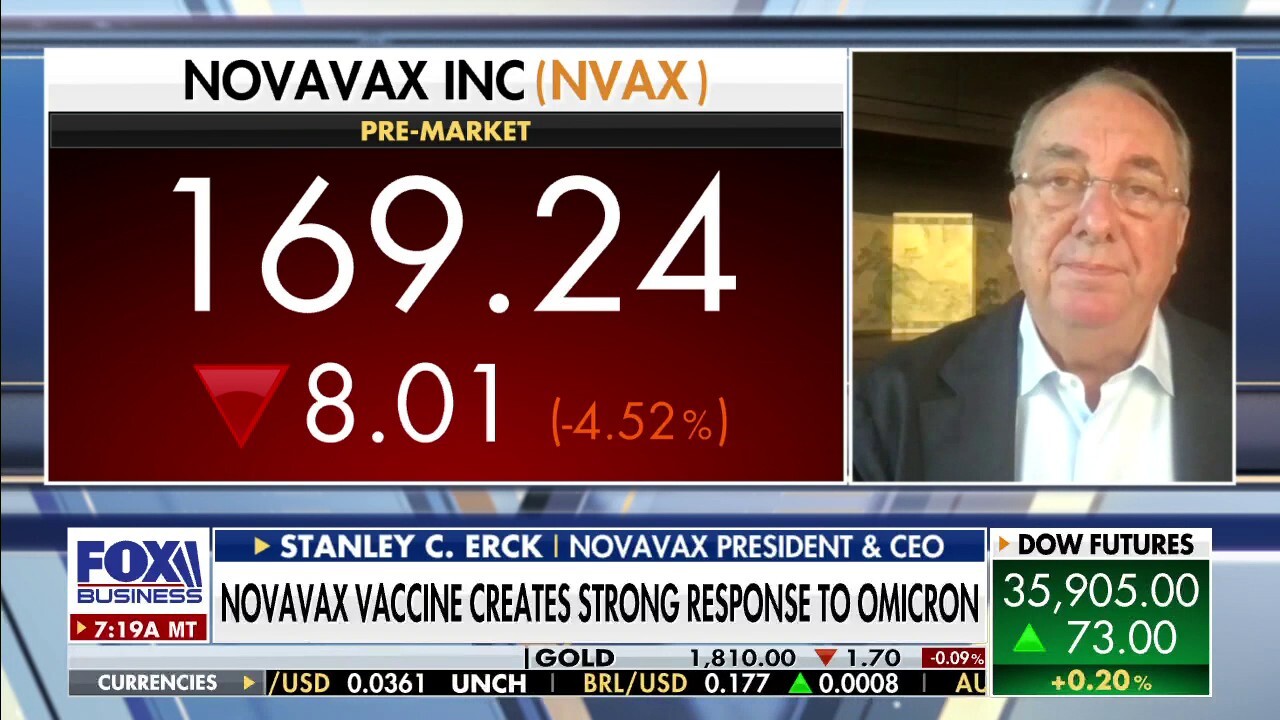 Novavax vaccine will be 'very effective' against omicron: CEO

Novavax CEO Stanley Erck says the company will file with the U.S. Food and Drug Administration before the end of the year.

Jeff Ricchetti, the brother of Biden aide and White House counselor Steve Ricchetti, has been hired to lobby for a Taiwan-based company that developed a COVID-19 vaccine.

Jeff Ricchetti and his Washington-based lobbying firm, Ricchetti Incorporated, were registered to lobby and consult for Medigen Vaccine Biologics, based in Taipei, on Dec. 14, according to a lobbying disclosure report filed last week.

The specific lobbying issues Jeff Ricchetti will focus on relate to "COVID-19 vaccines accepted for foreign travelers to the United States," according to the disclosure.

Medigen’s vaccine has only been approved for use in Taiwan and is not listed by the Centers for Disease Control and Prevention as an accepted vaccine for those traveling into the United States. Hiring Jeff Ricchetti, Medigen’s first lobbyist, could signal that the company is trying to get that to change, CNBC reported.

Jeff Ricchetti has seen an influx of new clients since November 2020, when it was first announced his brother would be counselor to the president in the new Biden administration. He began lobbying the White House at the beginning of this year’s first quarter, with disclosures showing that he was representing pharmaceutical giants Horizon Therapeutics, GlaxoSmithKline and Vaxart Inc., according to financial disclosure reports.

Jeff Ricchetti told CNBC in April that he does not lobby his brother and no longer planned to lobby the White House.

"I do not lobby my brother and I have not even mentioned to him the names of clients that I currently represent," he said at the time. "For the better part of the last 30 years I have lobbied members of Congress and their staff, and various individuals who have served in the successive administrations. It is what I do for a living."