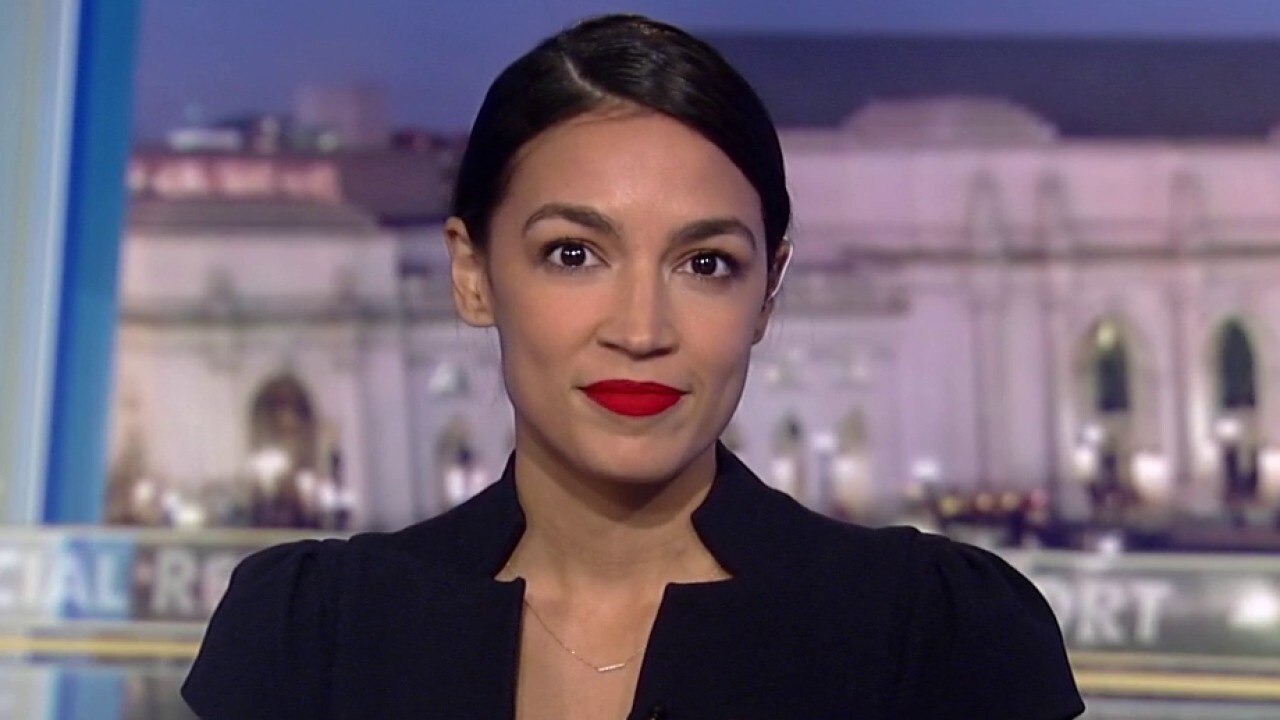 The comment from Ocasio-Cortez, D-N.Y., comes even as the infrastructure bill is set to be bookended by the $1.9 trillion coronavirus bill Biden already signed and another massive spending plan set to be announced next month.

Biden will officially unveil the infrastructure plan in a speech in Pittsburgh on Wednesday.

"This is not nearly enough," Ocasio-Cortez tweeted in reaction to a list of some of the details of Biden's proposal. "The important context here is that it’s $2.25T spread out over 10 years. For context, the COVID package was $1.9T for this year *alone,* with some provisions lasting 2 years. Needs to be way bigger."

Biden's coronavirus plan was heavily criticized for the massive amount of money in it that did not actually go toward fighting the pandemic, including money for a rail tunnel under San Jose, California ‒ which was later removed from the bill ‒ and the fact most money for schools would not be spent in 2021.

Opposition from the New York congresswoman could prove to be a problem for House Speaker Nancy Pelosi, D-Calif., as she aims to quickly shepherd Biden's newest sprawling spending bill through the House. Democrats can only afford to lose a handful of votes due to their slim majority and Ocasio-Cortez is highly influential with the more progressive members of the Democratic House caucus.

Meanwhile, some other Democrats from New York and New Jersey, led by Rep. Bill Pascrell, D-N.J., pose another threat to the Biden plan. They say they won't vote for the corporate tax hikes that will supposedly pay for the infrastructure bill unless it also repeals the caps on state and local tax (SALT) deductions that disproportionately hurt people in Democratic states with high taxes.

Democrats are planning to again bypass the Senate filibuster to pass Biden's infrastructure bill and his subsequent plan that, according to White House press secretary Jen Psaki, will target spending at areas including health care and child care.

Democrats used a parliamentary tool called budget reconciliation to get Biden's coronavirus plan through Congress with no GOP support, and they are allowed to use it again once more before 2023.

But they are angling to essentially revisit previous reconciliation vehicles this summer and potentially beyond in order to add even more spending without negotiating with Republicans. It's not clear if this is technically possible, and the Senate parliamentarian will likely be forced to rule on the issue.

In order to pay for this legislation, Biden also proposed what he has called the Made in America Tax Plan, which would raise the corporate tax rate to 28% from 21%. It would also increase the minimum tax on multinational corporations to 21% and “calculate it on a country-by-country basis so it hits profits in tax havens,” alongside several other efforts to eliminate perceived loopholes in the corporate tax code.

Those changes, the White House said, will raise $2 trillion over 15 years — paying off the initial investment in the infrastructure plan and reducing deficits thereafter.