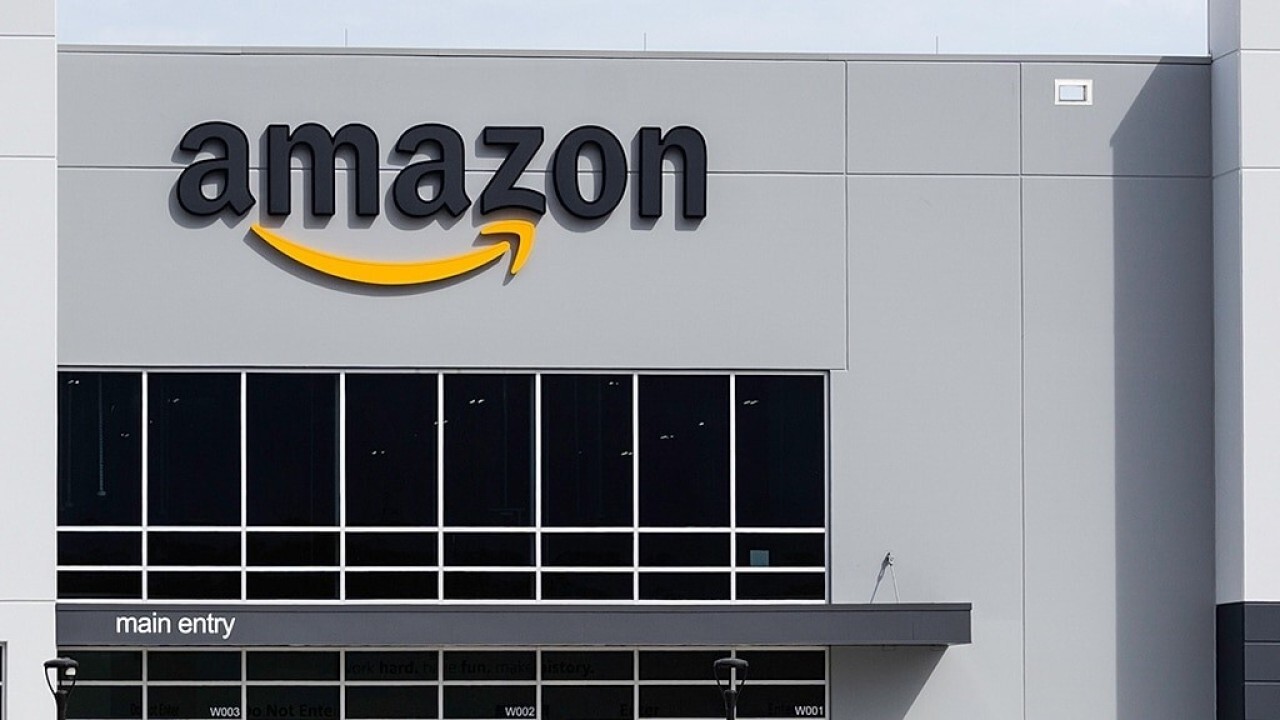 Bankrate senior economic analyst Mark Hamrick and Simpler Trading director of options Danielle Shay on retailers like Amazon preparing for the holiday shopping season and how this can impact companies’ earnings and stocks.

Amazon workers in Bessemer, Alabama, will get another vote on whether to form a union, thanks to a decision from a National Labor Relations Board official who determined that the e-commerce giant improperly interfered in the first vote which took place earlier this year.

The move, announced Monday, is a major blow to Amazon, which had spent about a year aggressively campaigning for warehouse workers in Bessemer to reject the union, which they ultimately did by a wide margin.

FILE: A banner encouraging workers to vote in labor balloting is shown at an Amazon warehouse in Bessemer, Ala. (AP Photo/Jay Reeves, File)

The Retail, Wholesale and Department Store Union spearheaded the union organizing movement. In announcing the NLRB’s decision, the union accused Amazon of illegal misconduct during the union vote in April.

"Today’s decision confirms what we were saying all along – that Amazon’s intimidation and interference prevented workers from having a fair say in whether they wanted a union in their workplace – and as the Regional Director has indicated, that is both unacceptable and illegal. Amazon workers deserve to have a voice at work, which can only come from a union," RWDSU President Stuart Appelbaum said in a statement.

In a 20-page decision, NLRB Regional Director Lisa Henderson focused attention on Amazon's installation of a U.S. Postal Service mailbox at the main employee entrance, which may have created the false impression that the company was the one conducting the election process.

"By installing a postal mailbox at the main employee entrance, the employer essentially highjacked the process and gave a strong impression that it controlled the process," Henderson said in her decision. "This dangerous and improper message to employees destroys trust in the board's processes and in the credibility of the election results."

Henderson also disputed Amazon's position that it was making voting easier and was trying to encourage as high a turnout as possible.

"Our employees have always had the choice of whether or not to join a union, and they overwhelmingly chose not to join the RWDSU earlier this year. It’s disappointing that the NLRB has now decided that those votes shouldn’t count.

"As a company, we don’t think unions are the best answer for our employees. Every day we empower people to find ways to improve their jobs, and when they do that we want to make those changes—quickly," Nantel told Fox Business in a statement. "That type of continuous improvement is harder to do quickly and nimbly with unions in the middle."

In August, the hearing officer at NLRB who presided over the case determined that Amazon violated labor law and recommended that Henderson set aside the results and direct another election.

About 53% of the nearly 6,000 workers cast ballots during the election in April and had nationwide implications for labor. Nearly 1,800 workers rejected the union and more than 700 voted in favor of it.

The first election was the biggest union push in Amazon's history and only the second time that an organizing effort from within the company had come to a vote.

The NLRB has not yet determined the date for the second election, and it hasn't determined whether it will be conducted in person or by mail.

Fox Business’ Samuel Dorman and The Associated Press contributed to this report.