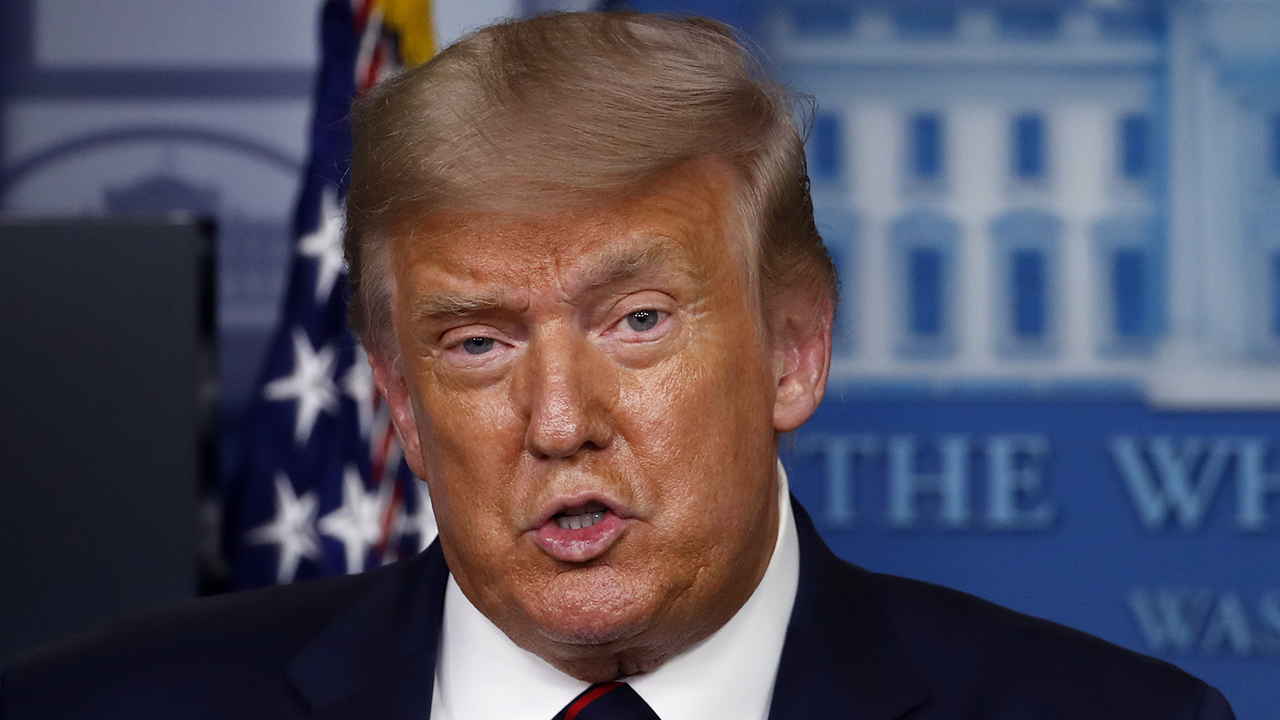 President Trump said Wednesday that he has the "absolute right" to suspend payroll tax collections without the approval of Congress.

The president made the comments during an appearance on "Fox & Friends" after telling reporters at the White House on Tuesday that he could issue an executive order suspending evictions and payroll cuts.

Some businesses in the North Shore Marketplace in Haleiwa, Hawaii, are boarded up and closed in anticipation of Hurricane Douglas, Sunday, July 26, 2020, on the island of Oahu. (AP Photo/Eugene Tanner)

Republicans and Democrats have spent weeks butting heads over a new coronavirus stimulus package, including the $3.5 trillion House-approved HEROES Act and the $1 trillion Senate-introduced HEALS Act, as millions of unemployed Americans struggle to make ends meet.

Republicans argue that the $600 benefits, on top of state unemployment benefits, could hurt Americans in the long term as an incentive to remain out of work.

The president has considered moving in on a payroll tax cut since the early months of the pandemic, but the idea received little support fro Democrats and Republicans alike.

Unemployment claims have topped 1 million for the past 18 weeks, whereas the previous record high, set in 1982, was 695,000. A record 20.5 million Americans, of 14.7 percent of the population, were jobless in April. Numbers have since rebounded but with slow recovery, as some states started reported new spikes in virus cases.