An auction house will soon gavel out the last bids for manuscripts and letters written by historic figures in U.S. history.

Nate D. Sanders Auctions ends Halloween night, and as of this post, already has a few bids on other items like George Reeves-signed Superman photo, a Bob Marley-signed “Exodus” album, Lucille Ball-signed “Time” magazine cover from 1952 and even the infamous tennis racket smashed by Serena Williams from Wimbledon 2005.

Also on the block: The Valentino dress Lady Gaga wore to the 2019 Golden Globes is up for grabs – though TMZ claims the designer isn’t sure whether it was misplaced. A maid at the Beverly Hilton allegedly found it in the closet after Gaga left her room – and no one claimed it from lost and found. The dress is still up for auction, as of the time of this post. 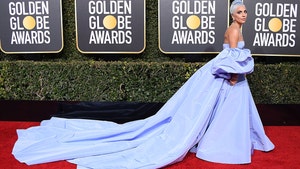 Aside from the Hollywood bids – some of the most expensive items for sale are historic manuscripts and notes.

Here are some of the most expensive minimum bids from the auction:

The handwritten note was sent a few months before King’s famous “Loving Your Enemies” sermon was delivered in the fall of 1957. It reads, “Love is the greatest force in the universe. It is the heartbeat of the moral cosmos. He who loves is a participant in the being of God.”

This letter was signed two months before the explorer left on his famous expedition. The piece of correspondence shows what would be a lifelong battle with reimbursed debt.

The appointment, dated March 8, 1972 promotes “William Lewis from Surveyor to Collector of the Port of Entry for the Port of Fredericksburg,” according to the auction site. Given the date of the paper, slight discoloration and fadings of signatures still left the document in “overall very good condition.”