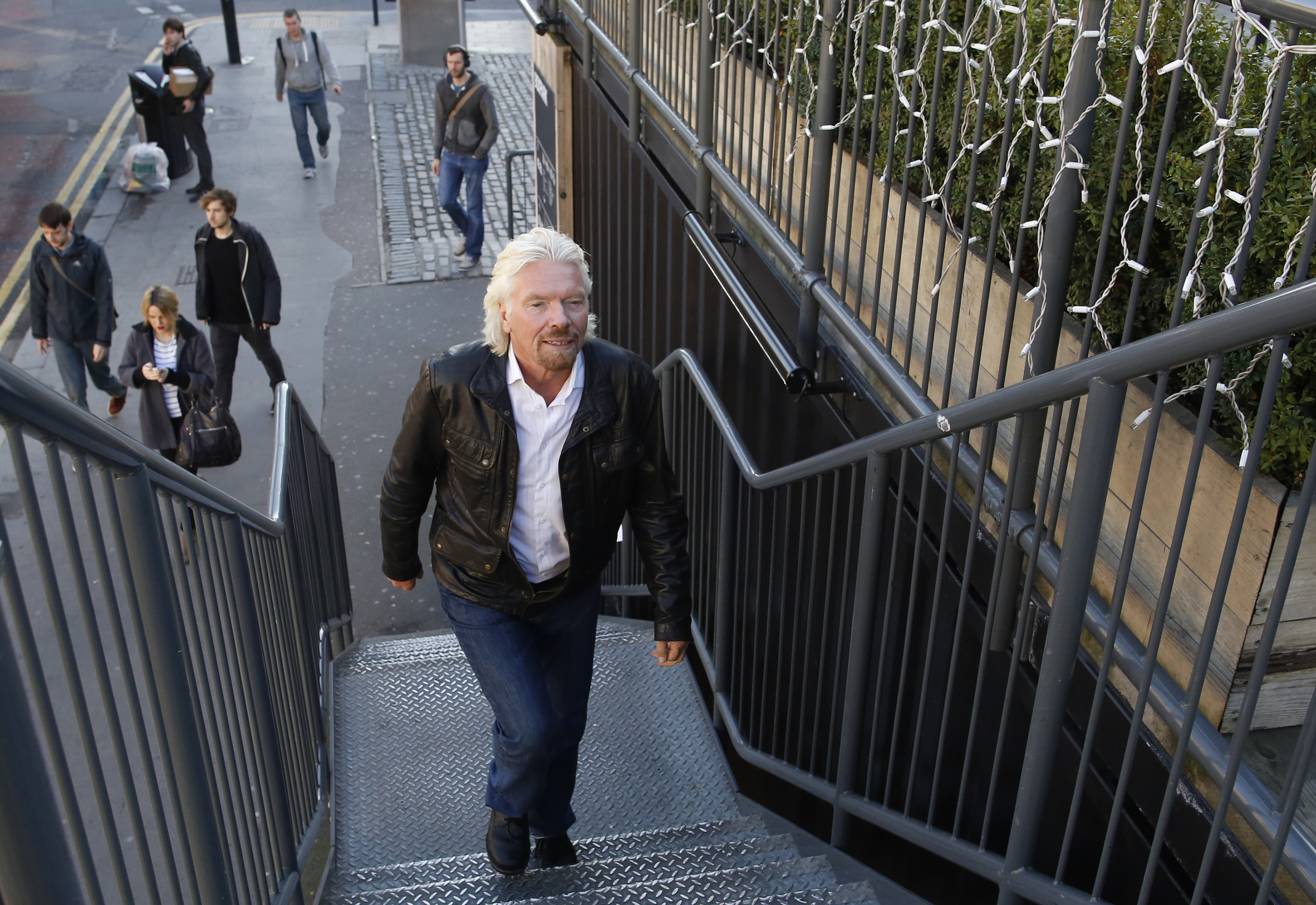 Richard Branson is a prolific entrepreneur, but not all of his ventures have made it big.

For example, Branson’s conglomerate Virgin Group started a bridal wear company called Virgin Brides in 1996 that only lasted until 2007, according to Business Insider.

In 2000, Branson launched Virgin Cars, which sold vehicles online, but wasn’t very popular. Business Insider reported that in three years, the company only sold 12,000 cars and by 2005, it closed down.

But to Branson, that’s just part of entrepreneurship.

"Failure is a necessary part of business, so it's incredibly important for all entrepreneurs and business leaders to know when to call it a day, learn from their mistakes, and move on, fast," Branson told Forbes in 2015.

Branson -- who is estimated to be worth $4.2 billion today, according to Forbes -- started the Virgin brand in 1970 with the launch of his mail-order record retailer, according to the company website. At the time, Branson was only about 20 years old.

Since then, Branson has launched hundreds of companies in a variety of sectors. According to the Virgin website, there are currently 60 Virgin companies in 35 countries. Some of those companies include airline Virgin Atlantic, mobile network Virgin Mobile and commercial space company, Virgin Galactic.

"We've never been 100 percent sure that any of the businesses we’ve started at Virgin were going to be successful," he told Forbes in 2015. "But over 45 years, we've always stood by our motto: 'Screw it, let’s do it'. While this attitude has helped us build hundreds of companies, it hasn’t always resulted in success."

One of the company's biggest failures, he told the magazine, was its attempt to launch Virgin Cola in 1994.

HOW FACEBOOK’S MARK ZUCKERBERG LEARNED HIS TOUGHEST LESSON AS CEO

In a blog post on the Virgin website, he explained that to kick off the launch of Virgin Cola, he drove a tank through a wall of Coca-Cola cans in New York City's Times Square.

"With Virgin Cola, we felt confident that we could smash our way past Coca-Cola and Pepsi, our main competitors," he said, according to the post. "It turned out, however, that we hadn't thought things through. Declaring a soft drink war on Coke was madness."

He explained how Coca-Cola significantly increased its marketing budget and pressured distributors not to work with Virgin Cola.

“Had we known how the company would react, we may well have taken a different approach,” he said. “I consider our cola venture to be one of the biggest mistakes we ever made -- but I still wouldn’t change a thing.”

In a 2017 interview on NPR’s podcast “How I Built This,” Branson told host Guy Raz that the main problem with taking on Coca-Cola as a competitor was that Virgin Cola wasn’t “completely unique.”

“So since then what I learned from that was only to go into businesses where we were palpably better than all the competition,” he added.

Sir Richard Branson, Founder of Virgin Group, arrives at a seminar about the Virgin StartUp program for young entrepreneurs in east London in 2013. (REUTERS/Olivia Harris)

Branson ultimately decided it was time to shut down the Virgin Cola business when the brand was in the top spot in Bangladesh, but nowhere else. According to Business Insider, production on the drink stopped in 2012.

But Branson was OK with giving up on the soda brand.

"I'm somebody that, you know, I'll fight tooth and nail to make something succeed, but the moment I realize it's not going to succeed, the next day I would have forgotten about it," he told Raz in 2017. "I will move on to the next venture."

The Winning Formula tells the stories of business leaders who have overcome challenges — every Sunday on FOX Business.