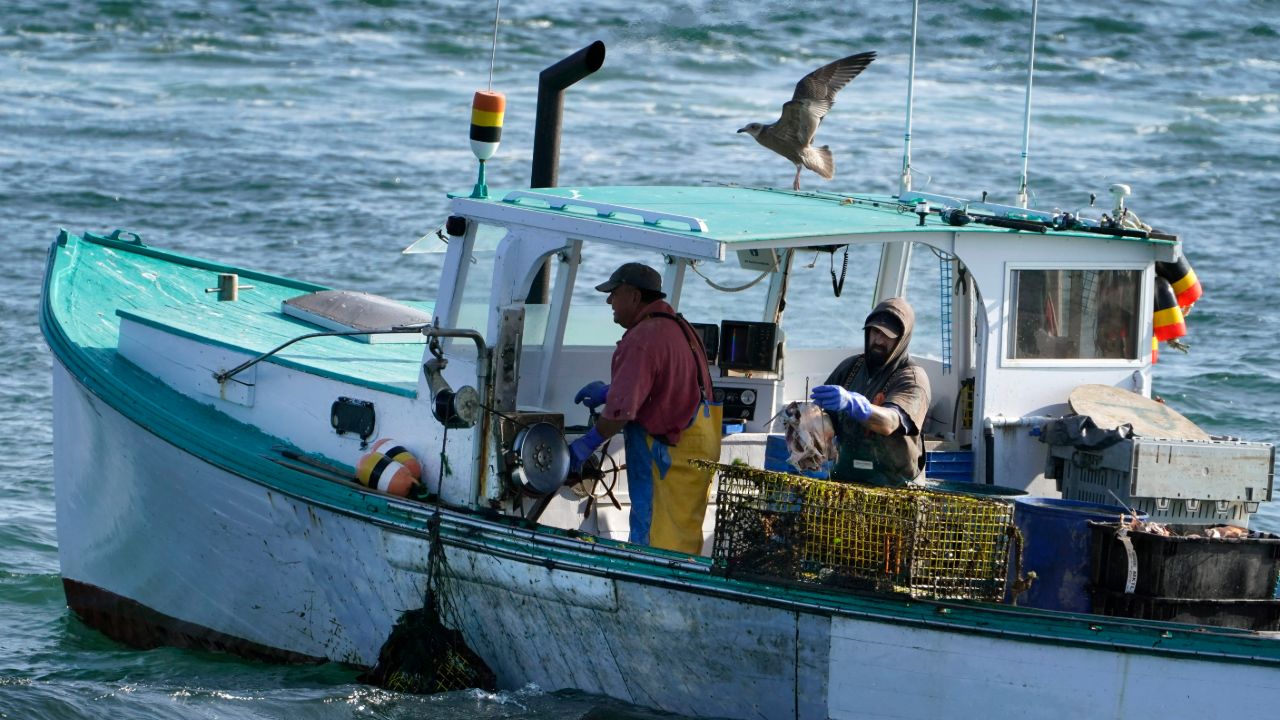 PORTLAND, Maine — Maine's lobster fishermen braced for a difficult summer this year because of the coronavirus pandemic, but then the unexpected happened. They kept catching lobsters, and people kept buying them.

The pandemic has posed significant challenges for the state's lobster fishery, which is the nation's largest, but members of the industry reported a steady catch and reasonable prices at the docks. Prices for consumers and wholesalers were low in the early part of the summer but picked up in August to be about on par with a typical summer.

The Maine lobster industry is in the midst of a multiyear boom, and fishermen have caught more than 100 million pounds for a record nine years in a row.

It's hard to guess whether they'll reach that total again, but summer 2020 hasn't been half bad for a season in which many fishermen expected collapse, said Kristan Porter, president of the Maine Lobstermen's Association.

“Especially early in the season when nothing was open, no restaurants were open. We were thinking it would be a complete disaster,” Porter said. “If it stays like this, we can struggle through and have a season, and then get ready to fish next year.”

Lobster fishermen harvest the seafood species using underwater traps, and the busiest part of the season is the summer. Maine's lobster fishery is by far the largest in the country. Lobsters are also closely tied to tourism in Maine, which also took a hit from the pandemic.

Lobster prices for consumers and wholesalers were low in the early part of the summer, but picked up in August to the point where they were about on par with a typical summer. (AP Photo/Robert F. Bukaty)

The lobster industry was apparently helped by the fact that many consumers who typically eat lobster in restaurants started buying them retail, said John Sackton, an industry analyst and founder of SeafoodNews.com. The catch might have been less than recent summers, but that kept prices from falling, he said.

Live lobsters were selling in the $8 range in the wholesale market in mid-September, not too far off from recent seasons.

“Even with Maine travel and quarantine restrictions, there was probably heavier tourist usage in Maine than it appeared that there would be,” Sackton said.

Some lobster businesses pivoted to a direct-to-consumer model during the early stages of the pandemic in an attempt to keep moving product. That allowed the industry to weather the months in which shipping was disrupted and restaurants were almost completely shut down. And lobsters remained easy to find in Maine supermarkets throughout the summer.

Farther from home, the slow reemergence of China as a market for the seafood also bodes well for the lobster business's future, industry members said.

Lobster has been a major piece of President Donald Trump's trade hostilities with China. The U.S. shipped almost $26 million in lobster to China through July — far less than the record year of 2018 but more than $6.5 million ahead of the 2019 pace.

That allowed Stephanie Nadeau, owner of The Lobster Co. in Arundel, to rehire most of her crew, which she laid off during the disruptions of the trade war. It has been a hectic year, she said, but the increase in international shipping is a positive sign.

“It's like riding a bucking bronco," she said. “You never know which way the bronco's going to break.”