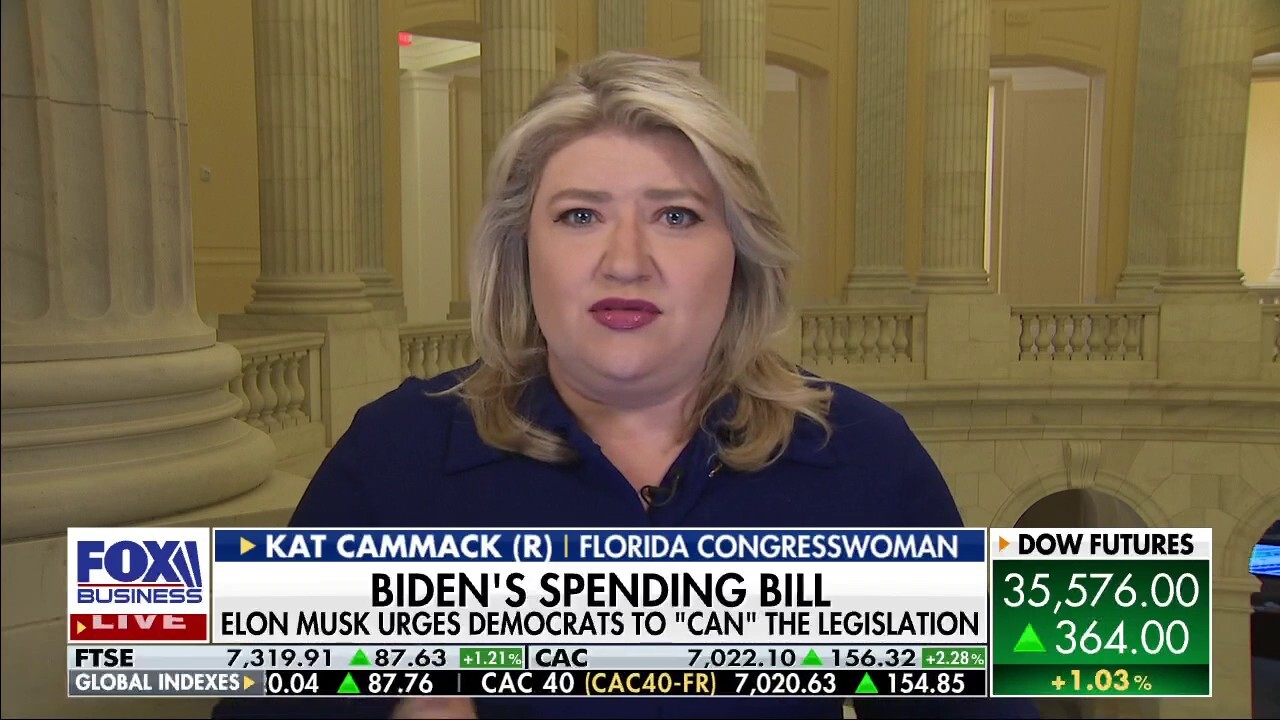 Biden’s spending bill is ‘unsustainable’ for US economy: Rep. Cammack

Rep. Kat Cammack, R-Fla., argues that President Biden’s ‘level of spending’ on his economic agenda is ‘unsustainable’ for Americans.

Millions of parents across the U.S. can expect to receive some extra cash this week, when the IRS will start distributing the sixth and final payment from the expanded child tax credit.

Roughly $16 billion has been sent to 36 million families, the Treasury Department and IRS said in a joint statement on Wednesday. The money is expected to reach some 60 million children.

The monthly installment, worth up to $300 per child, will be issued via direct deposit for most families beginning on Dec. 15, part of a program authorized as part of the stimulus bill that Democrats passed without any Republican votes in March.

If families earn too much to qualify for the sweetened tax credits, they can still receive the $2,000 credit for their children if their income level is below $200,000 for individuals and $400,000 for married couples.

There’s no limit on the number of children who can receive the credit per family.

The IRS distributed half of the credit as an advance on 2021 taxes in six monthly installments, worth $250 to $300 per child. The remainder will come when parents file their 2021 tax returns next April. Families could also opt to receive a lump-sum payment when they file their tax returns in 2022.

Parents who have provided the IRS with their bank account information in order to receive a tax refund will receive the payment via direct deposit. Otherwise, parents can expect to receive the money as a paper check. Families also can check the Child Tax Credit Update Portal to see how the money will arrive. They can also sign up for direct deposit or change their bank account through the portal.

The IRS began paying out the credit on July 15. From there, the agency has delivered the monthly payments on the 15th of each month through December 2021.

This was the final installment of the expanded tax credit; the remaining half will be a credit toward next year's taxes. Any money left after covering taxes will be paid directly to families.

Although Democrats are fighting to include a one-year extension of the child tax credit in their sweeping economic spending bill, they have faced pushback from Sen. Joe Manchin D-W.Va., a key moderate.

If the enhanced credit is not extended, an estimated 10 million children are at risk of falling below the poverty line, according to an analysis from the progressive think tank, the Center on Budget and Policy Priorities. Another 27 million will lose all or part of the credit.