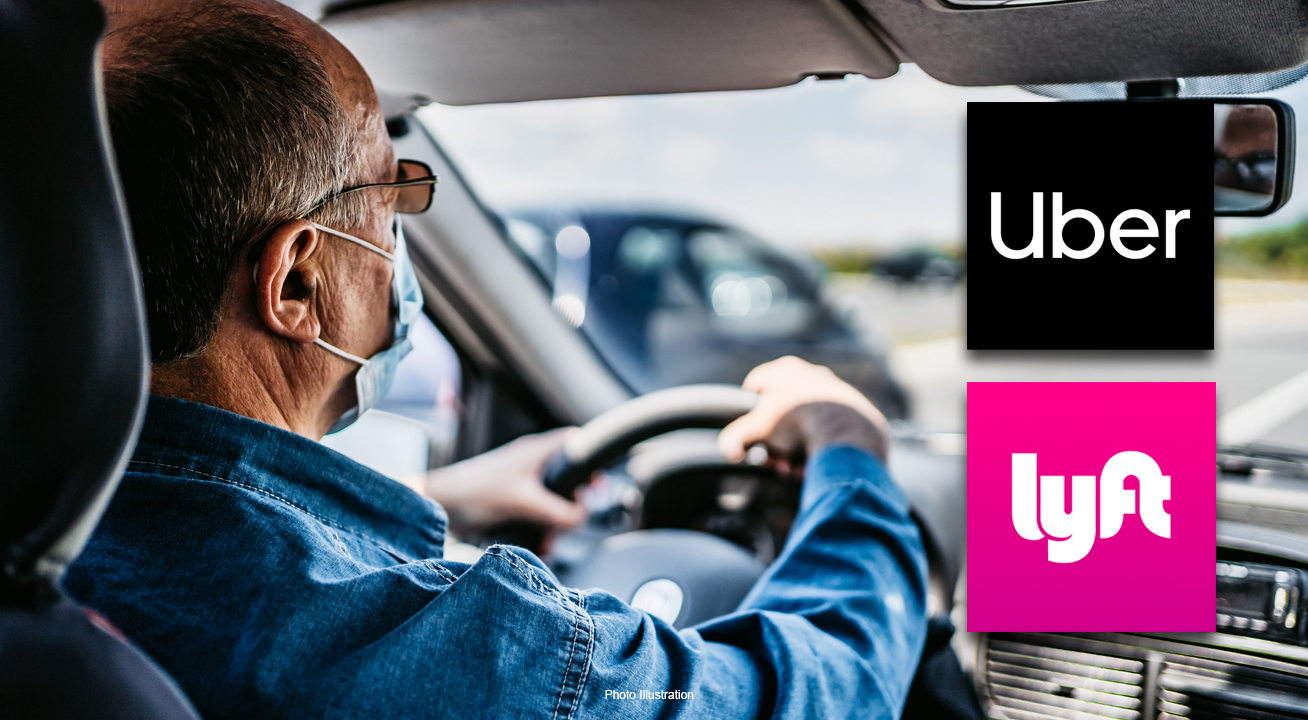 Early this year, the organizers of a small Bay Area theater told Alicia Dattner they wouldn't be able to pay her for an upcoming comedy act. The reason: A new California law that reclassified gig-economy workers, such as Uber drivers, as employees meant it would be too expensive to hire her.

Ms. Dattner was confused. Why was a law aimed at Uber and Lyft affecting comedians?

When California legislators passed the high-profile labor law last year, they said it would increase protections for drivers for ride-hailing and delivery companies such as Uber Technologies Inc., Lyft Inc. and DoorDash Inc. By classifying these workers as employees, instead of independent contractors, the law, known as AB-5, would make these workers eligible for health insurance, paid time off and other benefits -- if their roles included tasks that are part of the normal course of a company's business, among other requirements.

When California legislators passed the high-profile labor law last year, they said it would increase protections for drivers for ride-hailing and delivery companies. (David Paul Morris/Bloomberg via Getty Images)

It hasn't worked out that way. The Silicon Valley companies have defied the lawmakers' intentions, leaving their drivers' status unchanged while they fight the law in the courts and wage a costly campaign to hold a statewide popular vote this November on a measure that would exempt them from the law.

Meanwhile, magicians, freelance journalists and interpreters have found themselves losing work: Many small businesses say such measures would be too costly to implement, and have instead opted to cut back on their use of independent workers.

Besieged with complaints, the California legislature earlier this month amended the law to exempt workers in industries from comedy to youth sports. While a huge array of groups with objections -- including interpreters and journalists--were mollified, concerns about the law's effects still linger among employers and workers alike, including small theaters, fast-food franchises and even some mall Santas.

The ride-sharing and delivery companies' legal and political push against AB-5 is "such a frustrating example of the way you can buy your way into a regulatory environment that suits you," said Veena Dubal, a professor who studies employment law at University of California, Hastings, and has been a vocal critic of the companies. "They have been defying the order since Jan. 1. Meanwhile, a yoga studio doesn't have that luxury."

Uber and Lyft have said they believe their drivers are still independent contractors under the law, in part because they describe themselves as digital-app companies that match drivers with riders, not transportation providers. The law doesn't specifically mention ride-hailing or food delivery.

If forced to reclassify their drivers as employees, the companies say their businesses -- already unprofitable -- would be completely upended. They would need to pay workers hourly wages for scheduled shifts, dropping the flexibility many drivers enjoy. They would need to raise fares, decrease service and even stop operating in some areas, they say. Uber estimated in a court filing that at least 150,000 of its 210,000 active drivers in California would no longer be able to work for the company, while fares would go up between 20% and 120% across the state. They have presented petitions signed by thousands of drivers opposing the law.

The companies are currently seeking to have California voters weigh in on the matter using the state's ballot-measure process, which allows laws to be passed, overturned or amended by popular vote instead of by the legislature.

A Lyft spokeswoman said: "If the legislature had done its job and made policy that actually protected drivers, the ballot initiative wouldn't have been necessary."

Uber, Lyft, DoorDash and others have thus far spent $180 million to support Proposition 22, as the initiative is known, on the ballot Nov. 3, making it one of the most expensive ballot measures in California history. It dwarfs the more than $6 million being spent by labor groups opposed to the measure, which aims to classify the ride-hail and delivery companies' drivers as independent contractors, exempting them from AB-5.

The AB-5 legislation grew out of a California Supreme Court decision in 2018 that implied a huge swath of professions should be classifying contract workers as employees, eligible for stronger labor protections such as workers' compensation.

To clarify the issue, lawmakers in Sacramento decided to push legislation that would put broad new restrictions on when a company was able to rely on an independent contractor instead of an employee. Debate over the bill quickly ballooned into a referendum on Uber, Lyft and the gig economy overall, with labor groups and most state lawmakers pushing to reclassify drivers and other contractors they contended were only nominally independent.

Initially the ride-hailing and food-delivery companies said the legislation would be disastrous, adding costs and robbing drivers of their flexibility.

Then, around the time the bill passed a year ago, the companies adopted a new argument, saying their drivers clearly didn't qualify as employees under the law at all, in part because their main products were mobile apps, not transportation services.

The companies said their drivers clearly didn't qualify as employees under the law at all, in part because their main products were mobile apps, not transportation services. (iStock). ​

Lawsuits followed, and a judge in San Francisco state court recently ruled against Uber and Lyft, saying companies had engaged in "a prolonged and brazen refusal to comply with California law." Still, the companies don't have to change their operations until after the ballot measure in November.

Those who say they have lost work because of the law have been left bitter.

Mario Moncada, a Santa Monica, Calif., physical therapist, had long worked on a freelance basis, getting jobs through a home-health agency. He liked the flexibility and built up a subcontracting business of his own, sending work to other physical therapists. As a result of the law, his subcontracting business vanished and he had to become an employee of the agency, following a more rigid schedule. The shift cost him tens of thousands of dollars a year, he said.

"I now have to move out of my place of residence," he said as he was packing up his house to leave for Louisiana.

The follow-up bill that was signed into law last week appears to offer a fix for physical therapists in similar situations, according to a trade group.

Lorena Gonzalez, the California assemblywoman who wrote both AB-5 and the follow-up measure, said she spent a good part of the year hearing concerns about the law, and tried to exempt groups on which it was having unintended effects.

Ms. Gonzalez, a San Diego Democrat, said that even with the recent exemptions, the law would still mean countless workers at nail salons and janitorial companies will now be treated as employees eligible for benefits like paid time off. Such workers have long deserved better protections, she said, while she remains upset about the ride-hail companies.

"We should all be outraged that they continue to not follow the law," she said.

Those who say they have lost work because of the law have been left bitter. (AP Photo/Richard Vogel, File)

Franchisees may qualify as employees, meaning a chain like 7-Eleven may need to employ people who lease and operate stores. Currently such franchisees pay a fee to the chain's owner. Matthew Haller, a vice president at the International Franchise Association, said that some brands have halted expansion plans in California as a result of the law.

Small theater groups -- which often paid musicians, actors and crew members as independent contractors -- are particularly frustrated. Gail Gordon, founding director of the one-year-old Numi Opera in Los Angeles, said after the law passed, she realized how much higher her costs would be and in February canceled plans for a performance to be held in May.

"It would have put 30-plus percent on top of my budget -- which was already well strapped," she said. As it turned out, the performance of "Violanta," an opera by a 20th-century Austrian composer, would have been canceled as a result of Covid-19, but she remains uncertain what the future holds for another she has scheduled for fall of next year.

"I don't know what's going to happen," she said.