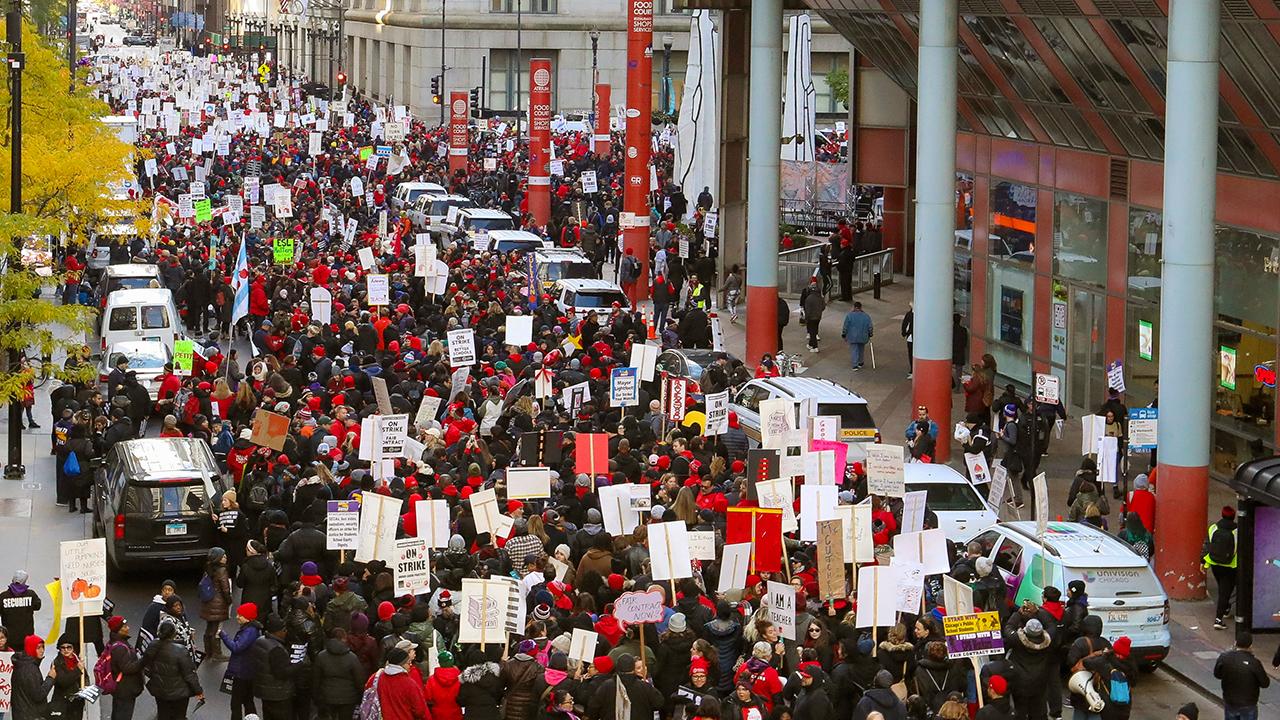 Chicago teachers said Wednesday that they reached a tentative agreement with the city’s schools, but their strike will continue Thursday.

The teachers' union tweeted that members would return to City Hall at 10 a.m. Thursday to continue their strike as they seek to have Mayor Lori Lightfoot return the missed school days.

The strike in the nation’s third-largest school district began on Oct. 17 and has resulted in 10 canceled school days as of Wednesday. It includes about 25,000 members of the union, who said they want smaller class sizes, better pay and benefits, full support staffing and “social justice” for families in the district.

It is the union’s second strike in seven years – the last major strike occurred in 2012. Nearly 400,000 students and families are affected.

At the outset of the strike, Mayor Lori Lightfoot said the deal the union rejected was the best in the Chicago Teacher’s Union history, adding that it called for a 16 percent pay raise for all employees. In addition to higher salaries, the union also wanted smaller class sizes and more support staff.

Striking teachers and supporters march into the Lincoln Yards development site in Chicago on October 29, 2019. (Photo by Max Herman/NurPhoto via Getty Images)

According to data from the Bureau of Labor Statistics, the average annual wage for secondary school teachers in Illinois as of 2017 was $68,380 – among the highest in the country.

The starting salary for a Chicago Public School teacher is $52,958 – the highest for unit school districts in the state, according to the Chicago Tribune.

The Chicago Teacher’s Union may have been emboldened by the success of similar movements in other states last year, including West Virginia, where schools closed for nine days as teachers fought for higher wages and better benefits – they ultimately scored a 5 percent pay raise.

Educators held more strikes in 2018 than at any other time in the past 25 years, according to The Wall Street Journal.