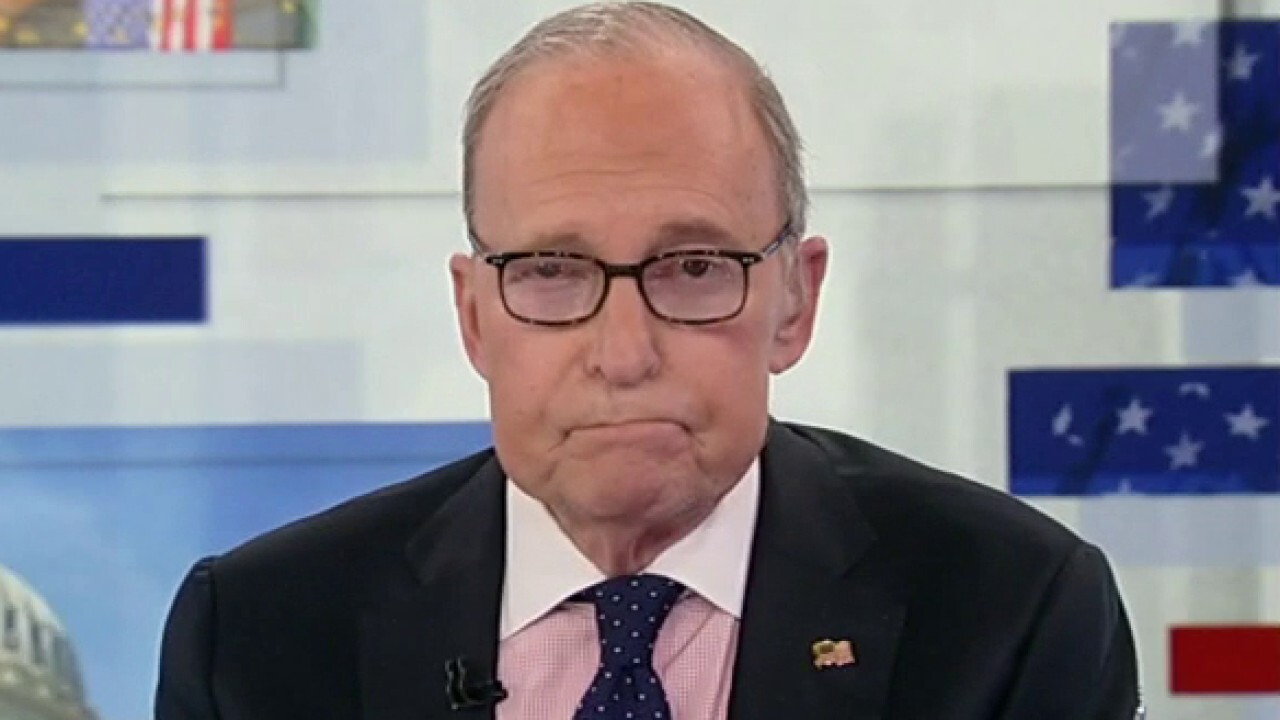 "Kudlow" host Larry Kudlow Tuesday slammed Biden's infrastructure and tax plans, saying it is the Green New Deal in disguise, and the government should not "direct the economy."

LARRY KUDLOW: The full burden of the Biden tax hikes, including those yet to be announced on capital gains and elsewhere, will be across the board prosperity chilling and job killing. There’s also this from the Wall Street Journal’s lead editorial this morning: they call Biden’s big plan "The Green New Deal, in Disguise." Well, they must be listening to our show, thank them. Because I have repeatedly labeled the infrastructure package as a Trojan Horse for the Green New Deal, and a massive class warfare tax hike on business and the blue collar workforce.

Now, the Journal notes, $213 billion to upgrade energy-efficient homes and buildings financed by federal grants and tax credits. Another $40 billion to mitigate imminent hazards to residents in public housing. The electricity grid, it will banish natural gas and coal, which makes up more than half of U.S. power. The goal of carbon-free energy by 2035.

There are green energy tax credits galore scattered across this Green New Deal plan, including numerous renewable investment and production tax credits, which will enrich large companies and billionaires and hedge funds and tech companies, even while tax rates go up, ditto for all companies. In other words, all these government-targeted tax credits will help some of the wealthiest firms in the nation. I don’t have a problem with helping innovative technological firms, at all. But, I don’t think the government should parcel it out, picking winners and losers, and literally directing the economy.

And there’s more of that. Electric cars and battery start-ups will receive a huge amount of tax credits. And don’t forget hefty consumer rebates to buy the electric vehicles and build the charging stations. And then, the plan drops $52 more billion on greening domestic manufacturing, whatever that means, another $50 billion to the National Science Foundation, and $35 billion for research for energy storage, carbon capture, advanced nuclear, rare earth elements, off-shore wind, and on and on and on. Now, folks, that’s your money. Think of it as your tax dollars.