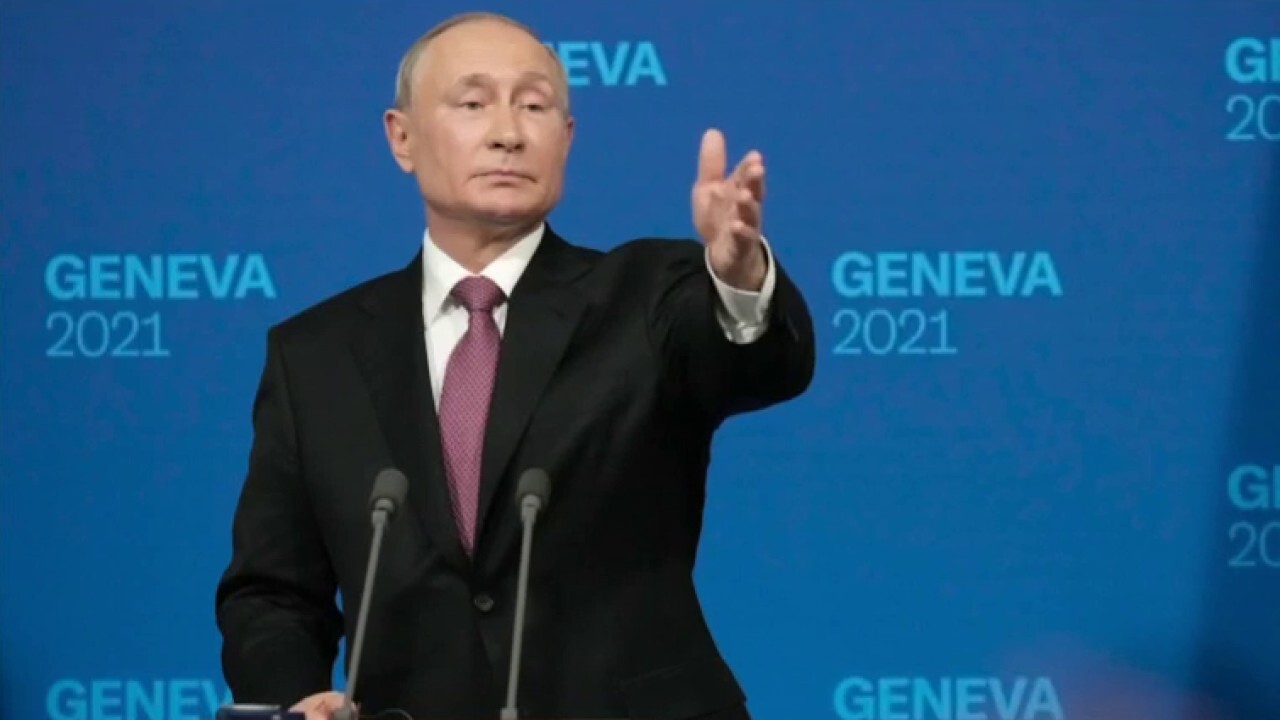 'Kudlow' host examines the implications of the deal

Tonight, in a major policy blunder, Team Biden is formally giving an OK to the Russian pipeline's last hundred miles, which in so doing, creates a major security threat to all of Europe and underscores the damage they have already inflicted on the U.S. oil and gas industry— an incredible blunder.

Biden people have tried to justify it on the grounds that it would help their relationship with Germany and seek closer ties with the rest of Europe. I want to report to you that the rest of Europe opposes the Nord Stream 2 pipeline.

Only Germany favored it because it would bail out Germany’s failed energy policies, which first they veered green and then, when that failed, went back to high polluting coal.

Even France opposed this deal, and Macron repeatedly and publicly told Merkel that he opposed it.

European countries opposed it because they do not want to let Russia impose hegemonic influence.

I know the Europeans oppose this because in the Trump administration before we put sanctions on pipeline builders and any other firm involved, which stopped construction with about 100 miles left, I and others consulted with our European counterparts. It was very clear that they approved of the U.S. actions.

The argument that he's going to improve relations with our European allies is just false. Outside of Germany, they're against approving the pipeline.

This creates severe doubts about the diplomatic wisdom of the current State Department and national security adviser competency. Of course, this decision leaves Ukraine in the lurch.

Remarkably, as Betsy Woodruff of Politico reports, "the U.S. asked an unhappy Ukraine not to make waves and to stay quiet on the Russian pipeline deal."

Why are we damaging Ukraine? I thought our policy was to bring them into the western orbit, membership in the European Union and maybe even NATO.

Remember Russia can turn the national gas spicket off anytime they want and starve the Ukraine and other parts of Europe as well.

I'm going to let our distinguished guest, former national intelligence director John Ratcliffe go deep on this, but I wanted to put it out there because we were so heavily involved— myself, Mnuchin, O’Brien, Pompeo, Grenell, Ross, and the president himself.

We wanted to stop Nord Stream 2 for good reason, and we stopped them. Now, the Bidens are giving it back.

Plus, the Bidens are doing great harm to the American oil and gas industry.

In fact, it's not OK even for a Canadian company to build one on American soil, creating thousands of jobs and other possible knock-on economic effects, or drill in the ANWR.

With a million strangling regulations and tax hikes coming to end America’s energy independence, with declinist ripple effects throughout the American economy, it's OK for the Saudis to produce more oil and gas. It's OK for the Russians, but it's not OK for the American companies.

We are, in effect, ‘Build Back Better Russia’, not the U.S., because in the U.S. we're going to build back worse.

What happened to "America First"? It's gone.

This is a devastating blow. This policy undermines our national security abroad and our economic security at home.

Now the Bidens are saying they'll impose sanctions if it turns out Russia "weaponizes" their energy stranglehold over Europe. Well, we've already weaponized them with this decision.

I mean I can just see our secretary of state throwing a paper airplane at Putin at the next conference. Stop weaponizing! It makes no sense at all. It's paper tiger stuff.