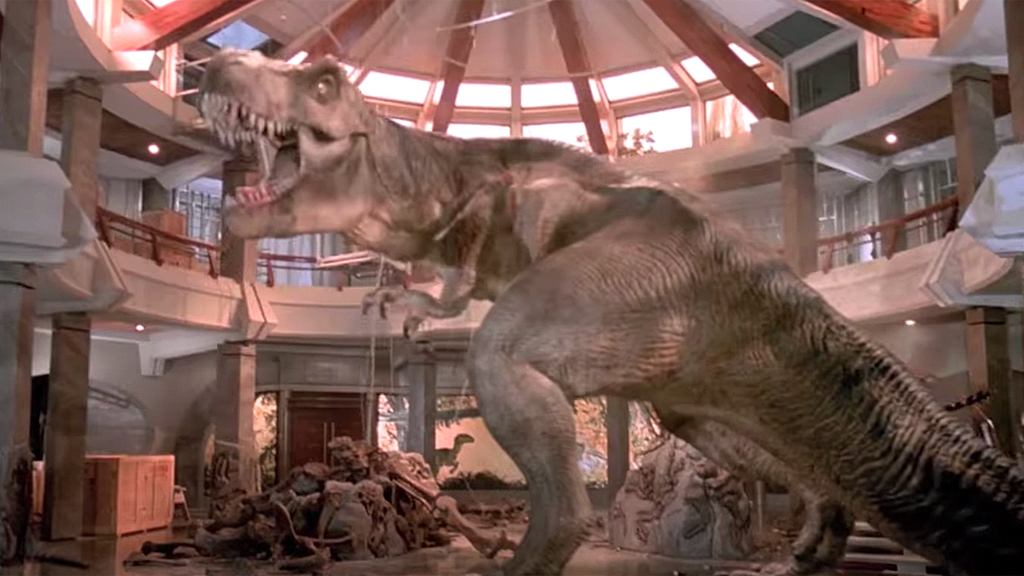 Director Steven Spielberg is at the top of the box office again.

His 1993 action-packed dinosaur adventure, "Jurassic Park," nabbed the number-one spot at the US box office 27 years after the film's original release date.

Deadline reported that "Jurassic Park" earned over $517,000 over the weekend of June 19-21. The beloved movie played at over 230 locations across the US, including drive-in cinemas, since the coronavirus pandemic has shuttered the movie theater industry since March.

SUMMER 2020 MOVIE RELEASES THAT WILL SHOW AS THEATERS REOPEN

Another Spielberg classic, "Jaws," arrived in second place with $516,000 earned from 187 venues. The shark thriller splashed into theaters 45 years ago in 1975.

Most indoor theaters have been closed across the country since mid-March because of the pandemic, and many are gearing up to open by mid-July.

It's made the drive-in freshly relevant, given some indie films a chance to break through the noise and even provided a unique space for a movie premiere.

“Black Panther” and “Back to the Future” ate two modern popcorn classics coming to the drive-in this summer.

Tribeca Enterprises, IMAX and AT&T on Monday announced the initial lineup for its summer series of films, comedy and football, running every weekend from July 2 through Aug. 2 in cities like Los Angeles, New York, Dallas, Minneapolis, Atlanta, Miami and Seattle.

There will be themed nights dedicated to sports (“Space Jam” and “Love & Basketball”), music (“Selena” and “Straight Outta Compton”), kids’ favorites (“Inside Out” and “The Lego Movie”), James Bond (“Goldfinger” and “Casino Royale”) and high school (“Mean Girls” and “Superbad”).

CORONAVIRUS HAS MOST AMERICANS WANTING TO WATCH NEW MOVIES AT HOME

A July 4 celebration will include screenings of “Field of Dreams,” “The Wizard of Oz” and “Apollo 13.” Other films include “The Dark Knight,” “BeetleJuice,” “Pee-Wee’s Big Adventure” and “Do The Right Thing.” Kid-friendly content will be shown during matinee times with more mature fare in the evenings.