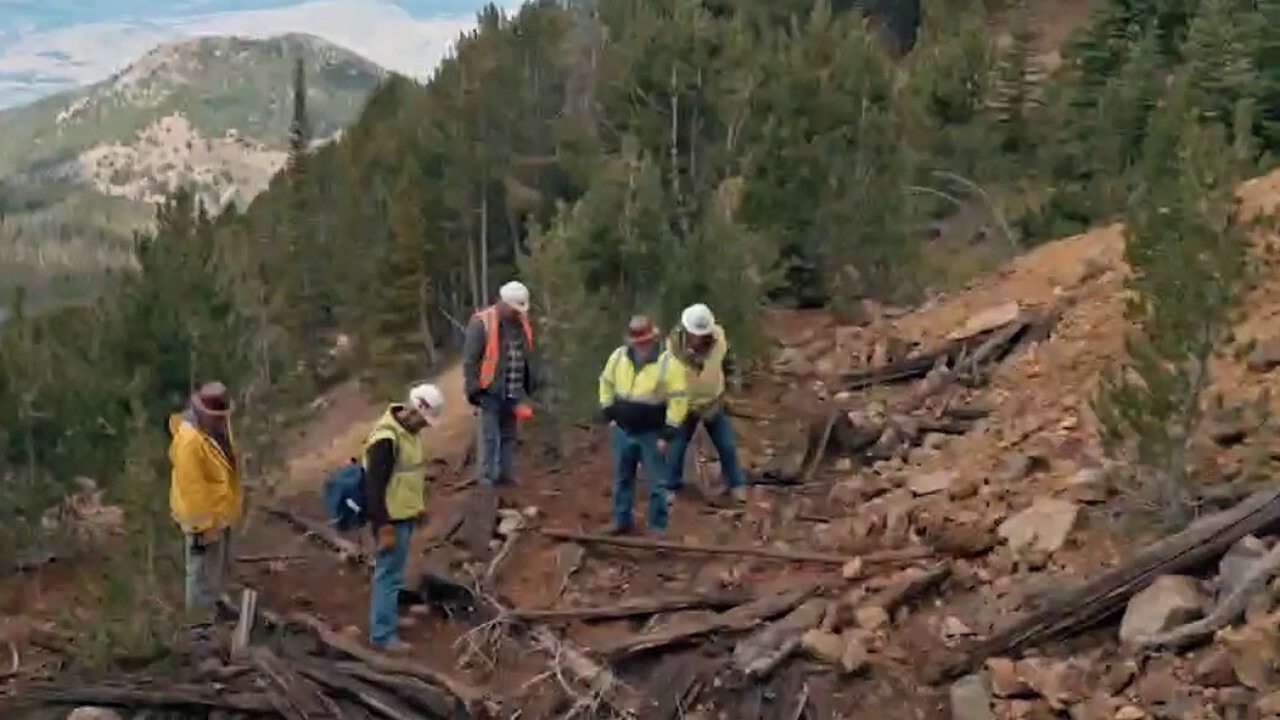 On the premiere of Fox Business' "American Gold", the five Dale brothers return home to southwestern Montana after careers in the prospecting industry that took them around the world.

While Pennsylvania and much of Appalachia have long been home to King Coal, and Texas has its rich oil prospects – in Alaska and the Western Lower 48, the underground resource sought by many hopeful prospectors has been gold.

In Bear Gulch, Mont., the brothers pooled their life savings together to buy about 60 abandoned mining claims in the Tobacco Root Mountains – in hopes of finally acting on a secret their family has kept from the public for more than 70 years.

Somewhere up the 9,000-foot slopes, a long-deceased Norwegian miner reportedly sealed off a lucrative vein after he decided a business partner wasn't sharing their profits fairly.

The man, known only as Oly, closed up the vein with plans to return someday to reopen it – but he died before he could come back to Big Sky Country.

Rick, John, Tad, Paul and Kitt Dale said Oly shared his story with their parents, as their father was also involved in mining.

Seventy years ago, their father Dick was purportedly cheated out of purchasing some of the abandoned claims. But their mother had kept a map of the prospects, with a section of Number 5 labeled "Dick's Dream" – which aligned with the word-of-mouth description of Oly's gold's location.

While that particular legend of a prospect is only one of many claims they hope to explore with their new purchase, the Dales decided finding Oly's gold might be the best first project for the new claim owners.

"We researched all the historical information, built models, and identified what we believe is another ore body that was never developed," Rick Dale said.

Kitt Dale added that there were many small but high-grade veins left largely untouched – and that if a prospector could find the "feeder system" to those veins, they would be well in the green.

Watch "American Gold", Wednesdays at 8 PM ET on Fox Business, to find out if the Dales' work has led them to Eureka.