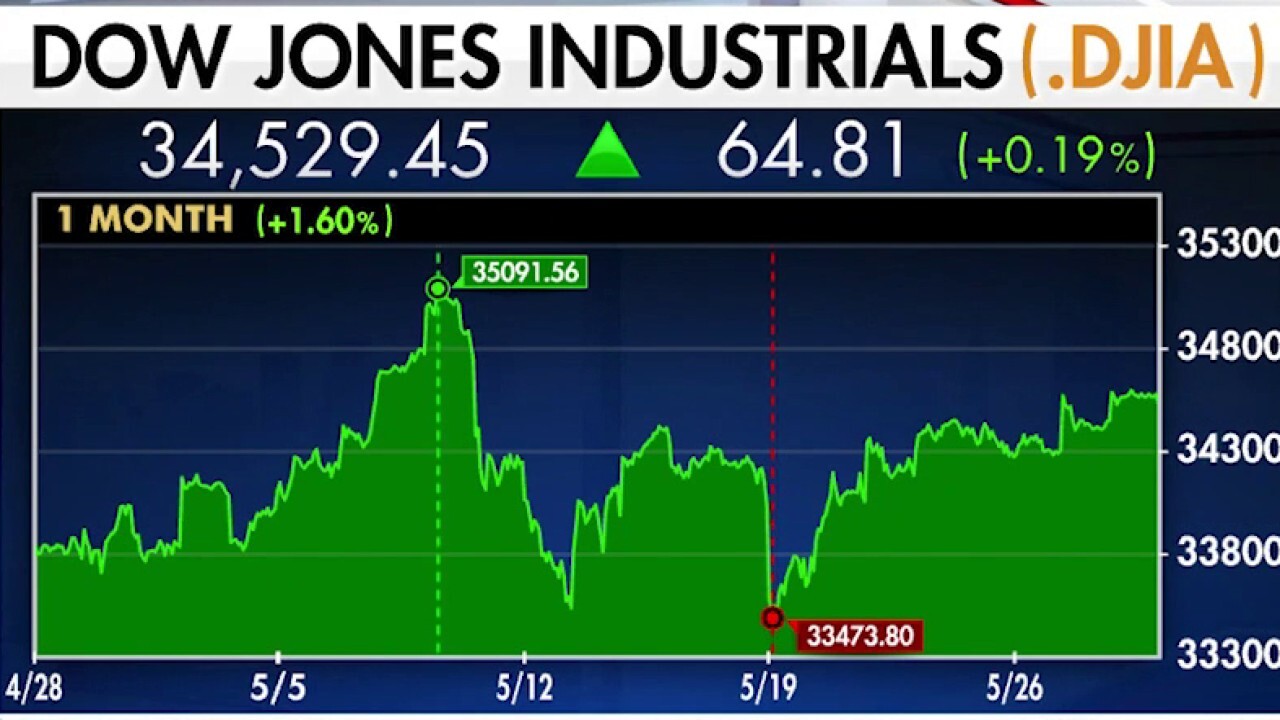 The labor-market recovery after the coronavirus pandemic and related shutdowns is playing out unevenly across the U.S., from states where there are five openings for every unemployed worker to several where historically high jobless rates persist.

In some regions, including less populated areas that imposed fewer Covid-19 restrictions -- states such as Utah and the Dakotas -- the labor market is red hot, with many employers struggling to fill open jobs. Elsewhere, including in urban areas and tourist hubs that have been slower to ease restrictions -- such as New York and Hawaii -- labor demand is rebounding more gradually, making the shortages of workers less acute.

BIDEN TOUTS 'FASTEST JOB CREATION' OF ANY PRESIDENT IN US HISTORY

The northern Mountain West, the Plains, and northern New England stand out as having especially tight labor markets, with about three open positions for every one unemployed job seeker in April, according to an analysis by job search site ZipRecruiter.

Several factors are contributing to the labor shortages across the country. They include enhanced unemployment benefits that might provide a financial disincentive to take low-wage jobs, still-limited schools and child-care availability keeping parents home, and fear of Covid-19. In addition to the extent of government restrictions placed on businesses amid the pandemic, additional regional features help distinguish the hotter labor markets from the cooler.

All three hot regions had below average unemployment even before the pandemic, though different reasons are behind today's tight labor market.

The northern Mountain West already had growing tech and financial sectors, and those industries fared better during the pandemic than tourism and retail.

Unlike most of the U.S., the size of the labor force grew from 2019 levels in Utah and Idaho, helping keep labor shortages from being more severe. A similar dynamic exists in South Dakota.

The Plains states had among the lowest government-imposed restrictions on business activity and were among the quickest to reopen. Those states avoided deeper job losses and more quickly returned workers to former jobs, said Oren Klachkin, lead U.S. economist at Oxford Economics, a global research firm. The region is also tied to agriculture and food processing, which were deemed essential industries and remained open during the pandemic.

Vermont had the nation's tightest labor market with 5.1 available jobs for every unemployed person, although that statistic isn't entirely the product of a hot economy. Northern New England's job market has long reflected its aging population, low population growth and that relatively few people are moving there from elsewhere.

In other areas, labor markets are recovering more slowly. A cluster of western states and another on the East Coast have about one open position per unemployed worker, according to ZipRecruiter. Hawaii was in last place by that metric, with 0.7 posting per job seeker.

The unemployment rate in these regions was well above the national average of 6.1% in April. Again, the causes aren't uniform.

Hawaii's tourism-dependent economy is still feeling the impact of the pandemic and related travel restrictions. Employment in leisure and hospitality in Hawaii remains about 30% below pre-pandemic levels, consistent with hotel occupancy rates below the national average this spring.

The labor market in Hawaii shows there is little connection between positive health outcomes and economic outcomes. The state's measures to prevent Covid-19, including a 14-day quarantine period last year for people arriving from outside the state, helped it to achieve the lowest rate of cases per 1,000 people, according to an analysis by The Wall Street Journal of data compiled by Johns Hopkins University. The Hawaii measures, however, also discouraged tourists. North Dakota, conversely, had the highest rate of cases, but has much lower unemployment, 4.2% in April.

The New York region was among the first in the U.S. to be hit hard by the pandemic. Leaders in New York, New Jersey, Pennsylvania and Connecticut implemented stiff restrictions on activity and left them in place longer than many other areas.

New York only allowed full-capacity dining in mid-May. By comparison, Iowa removed restrictions on activity during the winter months, and Texas was declared fully reopened as of March 10.

Similar factors are at play in California. Some restrictions on activity there are set to remain in place until mid-June.

A lackluster recovery in nearby Southwestern states largely reflects industries, including tourism in Nevada and energy in New Mexico, that continue to struggle with the pandemic's lingering negative effects.

--Anthony DeBarros contributed to this article.