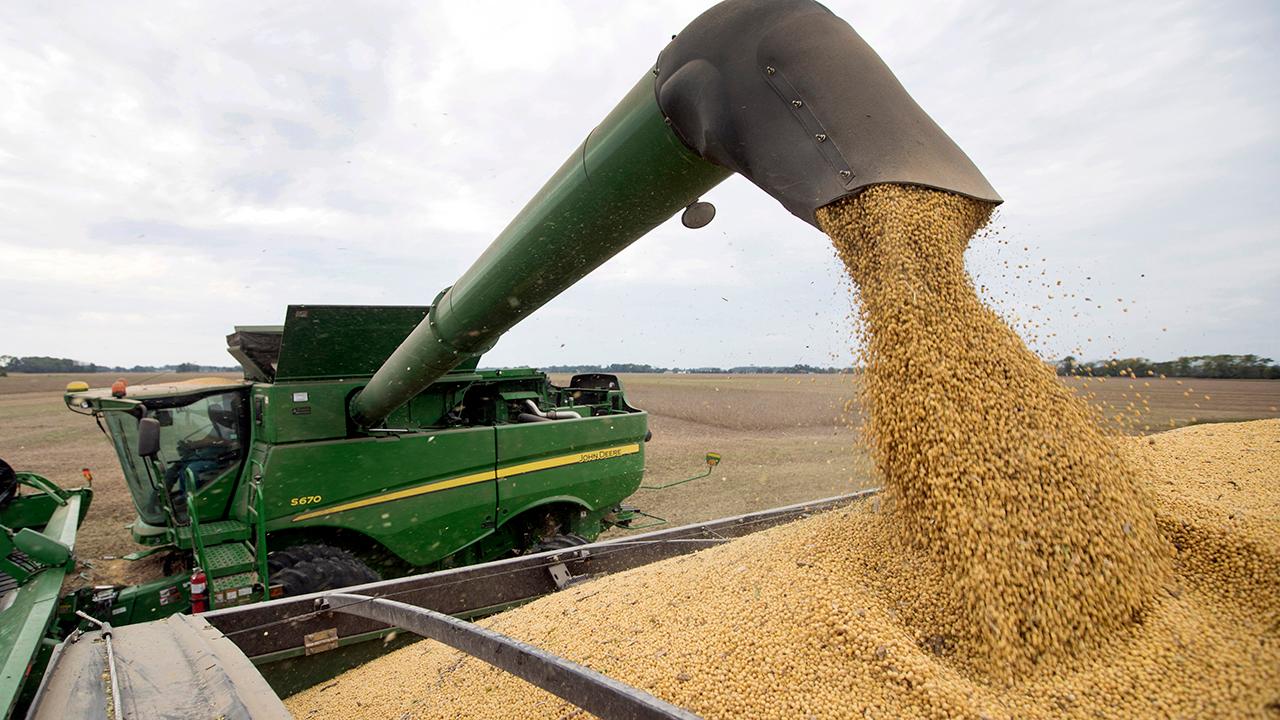 Impact of tariffs on American farmers

FBN's Jeff Flock talks to Illinois Soybean Association President Lynn Rohrscheib about the impact of tariffs on farmers across America.

U.S. stocks closed lower on Wednesday, led by technology stocks, on investor concern about the expanding trade war with China and after the minutes of the last Federal Reserve meeting reinforced the message that the level of interest rates was appropriate for now.

Earlier this month President Trump increased tariffs on $200 billion in Chinese goods from 10 to 25 percent and China responded by raising tariffs on $60 billion of U.S. goods to 25 percent. On Monday Trump delayed imposing a ban Chinese telecoms Huawei Technologies, but on Tuesday media reports said the White House could add several more Chinese firms to a list of blacklisted companies over human-rights complaints.

China’s ambassador to the U.S. said late Tuesday that Beijing was open to restarting talks,  but  U.S. Treasury Secretary Steven Mnuchin said on Wednesday that officials had not yet scheduled further talks with Beijing.

Stocks and bond prices were little changed also after the minutes of the last Fed meeting showed policymakers viewed the recent easing in inflation as likely to be transitory, and anticipated that a patient approach to policy adjustments was likely given a sustained economic growth, a strong labor market , and inflation near the committee’s 2 percent target.

"The language is vague enough that market watchers are likely going to hear what they want to hear, but a sober analysis is that we won’t see any rate cuts soon," said Mike Loewengart, VP Investment Strategy, at E*Trade Financial.

The yield on U.S. 10-year Treasury was little changed around 2.39 percent.

U.S. benchmark West Texas Intermediate crude for July delivery fell 2.7 percent to $61.43 a barrel on the New York Mercantile Exchange, the lowest level for the spot contract since May 13 and largest single session percentage drop in almost three weeks.