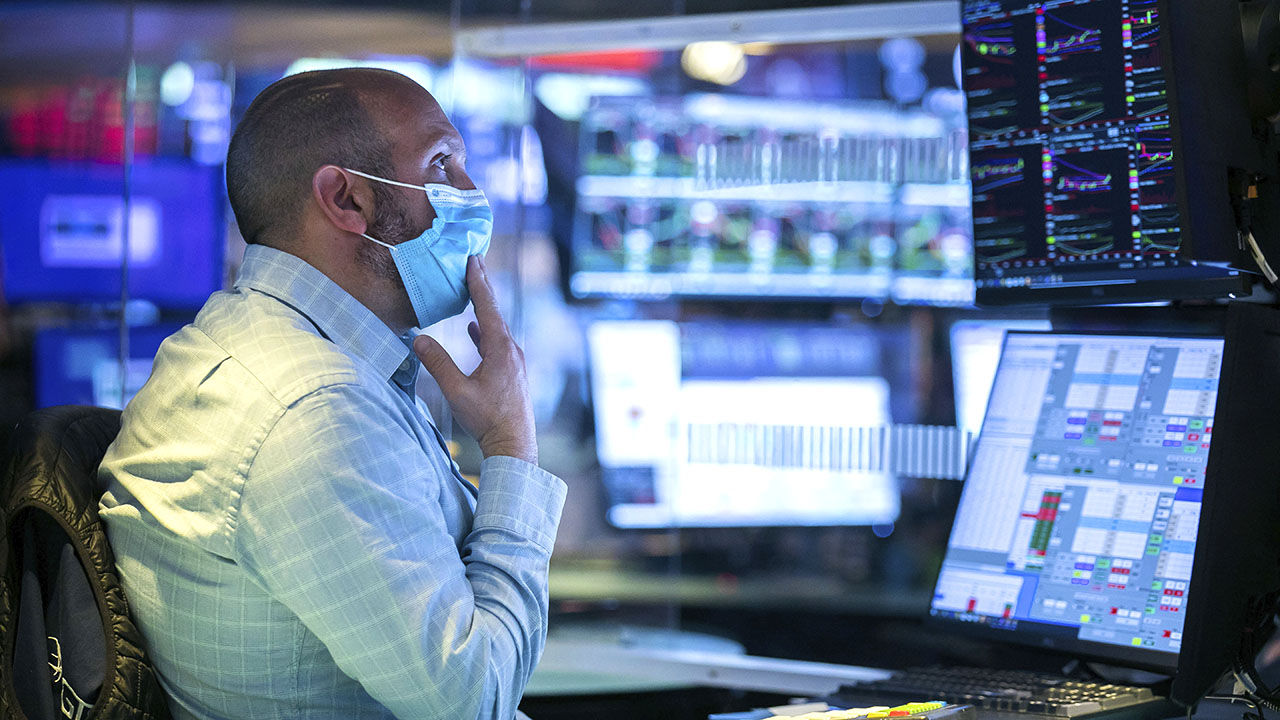 U.S. equities, in a choppy session, saw a broad sell-off Friday as investors couch positions ahead of the U.S. election and weigh concerns over rising COVID-19 cases and cautious outlooks from a basket of large-cap tech companies.

Despite better-than-expected results from the Big Tech companies — Amazon, Google parent Alphabet, Facebook, Apple and Twitter — concerns about COVID-19's effects on the global economy resulted in sharp declines for all, save for Alphabet, whose shares gained.

Apple, which tumbled, said its subscription bundle, Apple One, would launch Friday, according to Chief Financial Officer Luca Maestri, as it increasingly focuses on services to boost revenue.

Walmart shares fell but came off the worst levels of the session after the retailer reversed a decision to remove guns and ammunition from stores over concerns of civil unrest around the U.S. elections.

Gun stocks were in action late in the session.

COVID-19 cases continue to rise, with the U.S. topping its single-day high in new cases Thursday at 89,940 infections. The total number of people in the country infected by the virus has topped 9 million, with at least 228,000 deaths attributed to it, according to data provided by Johns Hopkins University.

Concerns of a so-called "second wave" have reemerged not only in the U.S. but in Europe as well, with Germany, France and Italy putting in fresh lockdown measures to slow the spread of the virus.

Honeywell, another member of the 30-stock index, fell after it also reported quarterly drops in revenue and earnings.

Additionally, Under Armour rallied after revenue rebounded and the company announced it has sold its MyFitnessPal app to private equity firm Francisco Partners.

Personal income rose 0.9%, compared to expectations of 0.3%, while spending rose 1.4%, also ahead of expectations.

The University of Michigan released its final reading for consumer sentiment in October, coming in slightly above estimates at 81.8, compared to forecasts for 81.2.

Chicago PMI data showed continued improvement, with a reading of 61.1, compared to expectations of a reading of 59, indicating expansion.

West Texas Intermediate Crude fell to the $35 per barrel level, while Gold ticked higher to $1,877.40 an ounce.