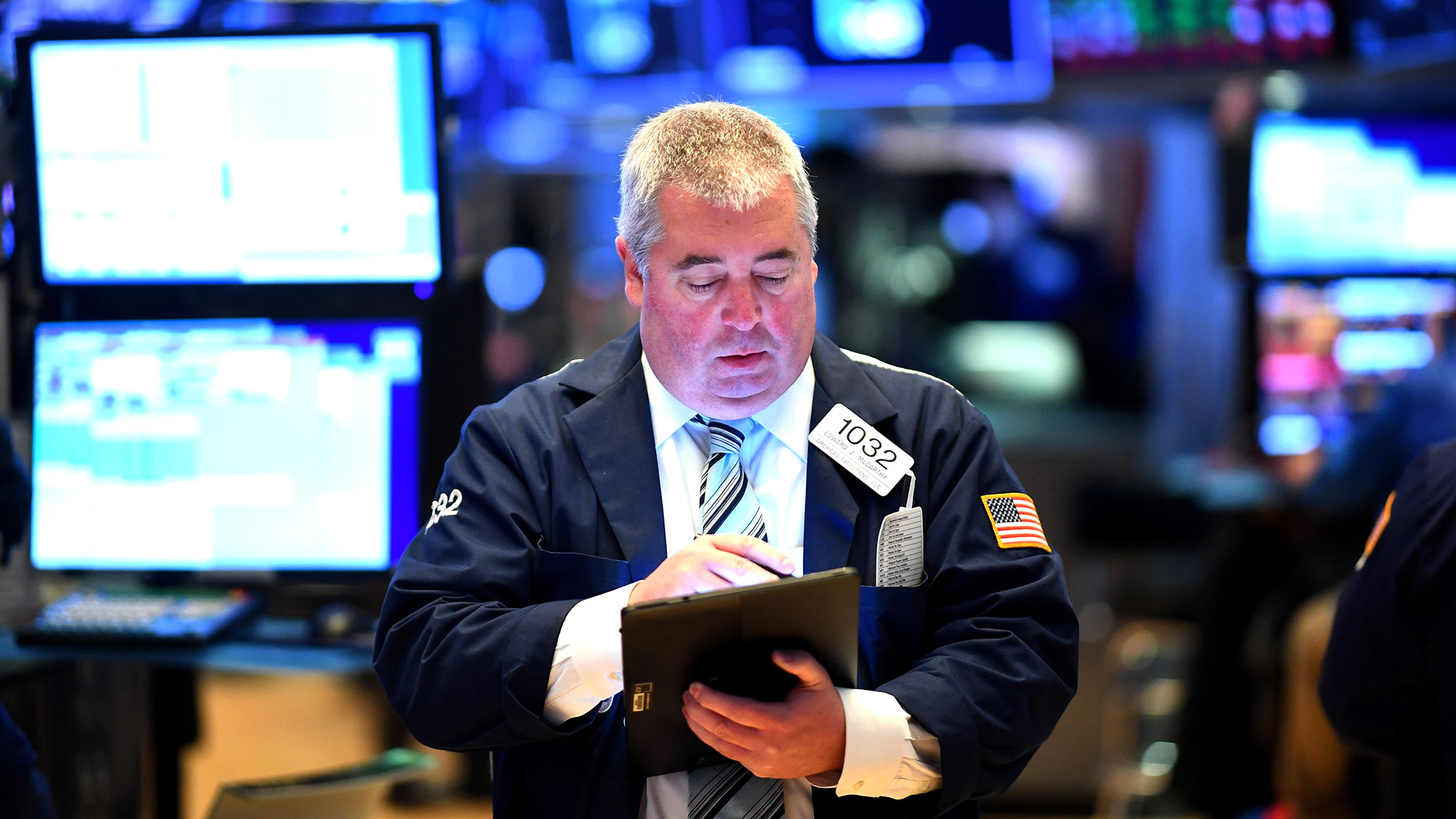 Stocks fell on Wednesday for the second straight session after Treasury Secretary Steven Mnuchin cast doubt that additional fiscal stimulus would happen before the election.

Consumer discretionary names including Walmart and Target dropped as investors weighed the threat of another $1,200 for Americans to spend as being a no-go.

Mnuchin said Democratic and Republican lawmakers were "far apart" when it came to deciding on how to support the embattled U.S. economy.

A spokesman for Speaker of the House Nancy Pelosi said Pelosi and Mnuchin had a "productive meeting" this morning and will continue to discuss further stimulus.

The news followed President Trump's upbeat speech to the Economic Club of New York, in which he promised a "big middle-income tax cut," as well as reduced tax rates for businesses if he won a second term.

"The choice facing America is simple: it’s the choice between historic prosperity under my pro-American policies, or crippling poverty and a steep depression under the radical left," Trump said in his speech.

"Under my continued leadership, we will continue our V-shaped recovery and launch a record-smashing economic boom," he added.

In the financial sector, Goldman Sachs was the early stand-out after posting the strongest quarterly results in nearly a decade earning $9.68 a share on $10.78 billion in revenue, compared to $5.57 a share and $9.45 billion that analysts were expecting.

Bank of America topped estimates by 2 cents a share, despite an 11% decline in quarterly revenue. Wells Fargo results also were mixed.

The additional insight into the health of the financial sector comes one day after JPMorgan Chase & Co. and Citigroup Inc. reported better-than-expected results.

In other earnings news, UnitedHealth Group reported earnings that were 42 cents better-than-expected, while also generating more revenue than expected.

And later today United Airlines Holdings Inc. and Alcoa Corp., will both report results after the market closes.

On the economic front, the Producer Price Index (PPI) rose more than expected at 0.4% vs 0.2% a modest inflationary increase.