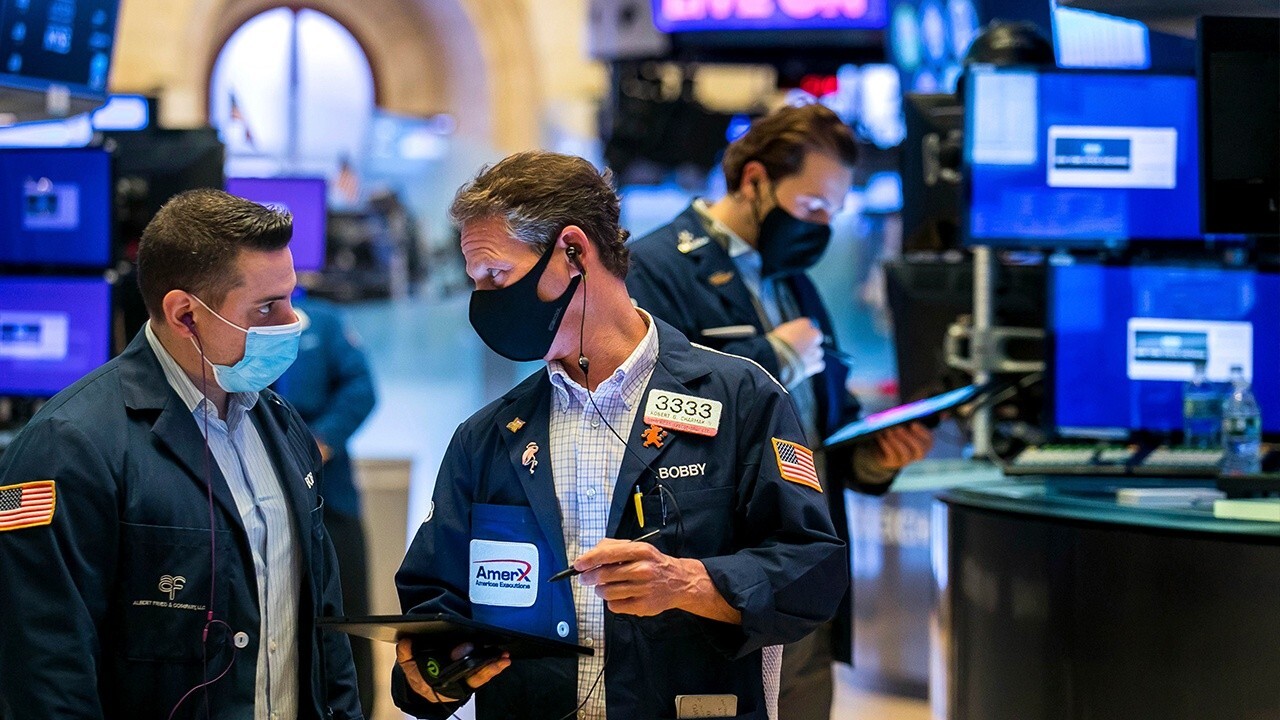 Selling picked up in U.S. equity markets Thursday afteroon as traders weighed continued improvement of the economy and a sharp rise in bond yields.

"It is all about bond yields today," said Ryan Detrick, Chief Market Strategist for LPL Financial. "There was a flash spike in the 10-year yield and that upset the apple cart, as higher yields are spooking the stock market. Could there be more inflation coming than what most think? Although the Fed isn't worried about that, the market might be." Earlier this week, Fed Chair Powell downplayed an uptick in rates.

The heavy selling comes as the 10-year yield climbed 12.5 basis points to 1.51%, its highest level in a year. Wall Street strategists have worried a rise to the 1.5% area would be troublesome for stocks as that is the level where the 10-year yield would match the dividend yield of the S&P 500.

The benchmark 10-year yield has climbed 62 basis points this year as fixed-income investors have fretted over the idea that the unprecedented amount of fiscal and monetary stimulus and the reopening of the U.S. economy could bring back inflation that has been missing since the 2008 financial crisis.

Their fears were heightened further Thursday as durable goods orders excluding transportation rose 1.1% month over month in January, exceeding the 0.7% growth that analysts surveyed by Reinfitiv were anticipating, and initial jobless claims fell to 730,000 last week from a downwardly revised 841,000 the week prior.

A second estimate for fourth-quarter gross domestic product showed the U.S. economy expanded at a robust 4.1% annual pace, up from the initial 4% print.

This as the House of Representatives readies for a vote, possibly Friday, on President Biden’s $1.9 trillion COVID-19 relief package.

In stocks, GameStop Corp. shares continued to soar after doubling on Wednesday following news that Chief Financial Officer Jim Bell was forced out by Ryan Cohen, the founder of online pet food supplier Chewy, whose venture capital firm has amassed an almost 10% stake. The New York Stock Exchange forced several trading halts due to volatility. The stock, at one point, was up over 90%, before closing with a gain of 18.5%

Elsewhere, Tesla Inc. informed workers that it will temporarily halt production of its Model 3 sedan at its Freemont, California, plant, Bloomberg reports, citing a person familiar with the matter.

In earnings, Best Buy Co. reported mixed quarterly results and warned that comparable sales could fall as much as 2% in the current fiscal year as demand slows from pandemic-induced levels.

Anheuser-Busch InBev posted better-than-expected earnings and revenue, but margins were pressured as the company used more higher-priced single-use cans as at-home consumption increased during the pandemic.

Domino’s Pizza missed on earnings and revenue as same-store sales growth slowed to 11.2% from 17.5% in the prior quarter. The pizza chain projects global retail sales growth of 6% to 10% over the next two to three years.