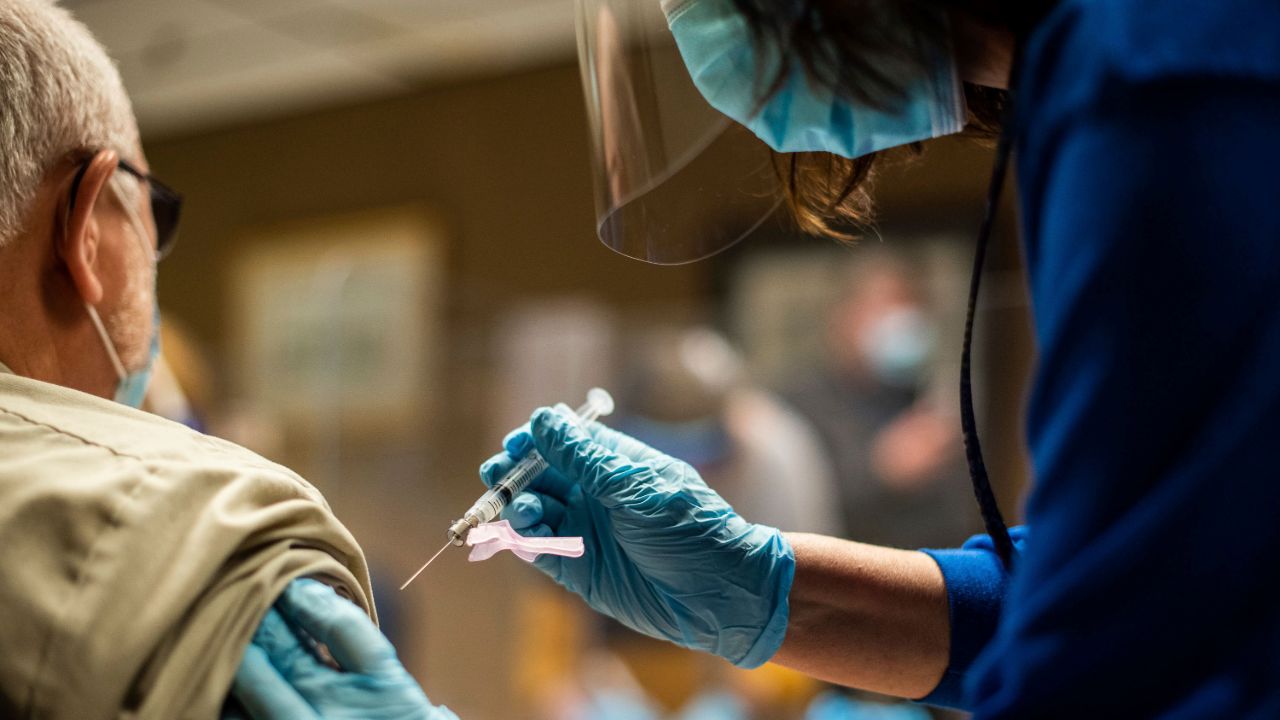 OMAHA, Neb. — Hundreds of meatpacking workers have been vaccinated against the coronavirus but the union that represents many of them says several hundred thousand more have not, despite the risks they continue to face at work.

The United Food and Commercial Workers International union is lobbying for workers to be moved up vaccination priority lists, and major meat companies have launched campaigns to educate employees and dispel rumors about the vaccines. One has offered bonuses to workers who get vaccinated.

But in most states, meatpacking workers are still waiting for their turn to be vaccinated and are ranked behind health care workers, residents of long-term care centers and people aged 65 and older.

Marc Perrone, UCFW president, argues that meatpacking workers, grocery store employees and other essential workers should be vaccinated ahead of older people who don’t have other health conditions.

“Those folks that have to keep our economy going, our food supply going, should in fact be next,” Perrone said.

While major meat companies have not advocated for their workers to jump the line, JBS, Smithfield Foods, Cargill and Tyson Foods are pushing to get their workers vaccinated soon.

“We have witnessed a troubling trend in some jurisdictions where our essential team members who were once prioritized in vaccination strategies are being pushed further down the priority list,” JBS spokeswoman Nikki Richardson said.

Among the first to get shots were 45 older workers last week at a Tyson Foods plant in Wilkesboro, North Carolina. JBS officials estimate that 500 of their workers nationwide have been vaccinated because they meet age requirements or work in occupational health jobs, but that’s a tiny percentage of the overall workforce. The industry employs more than 500,000, according to the U.S. Bureau of Labor Statistics, although not all of those are production jobs.

CHALLENGES TO COVID-19 LOCKDOWNS HAVE BEEN MOSTLY LOSING IN COURT

Antonio Jimenez, who works at a JBS pork plant in Worthington, Minnesota, said he was out of work for months after contracting the virus last year, and he still deals with lingering symptoms including fatigue. He believes he and his colleagues should be near the head of the line for COVID-19 vaccines.

“I don’t want anyone else to go through what I went through,” Jimenez said. “Essential workers like us who keep America safe must be vaccinated.”

Some companies are trying to set up vaccination clinics at their plants. JBS has been working with health officials to vaccinate workers who are eligible because of their age while discussing the possibility of vaccinating all plant employees.

“We have not yet had the opportunity to vaccinate an entire facility, but we continue to pursue every option to ensure vaccine availability for our essential workers as quickly as possible,” Richardson said. “We are currently focused on achieving the highest voluntary participation rate possible and preventing barriers to getting the vaccine."

Last spring, the virus tore through meatpacking plants, where workers stand shoulder-to-shoulder on production lines, and as a result the UFCW believes members will be eager for vaccines. In a recent union survey that also included grocery and other food production workers, 70% of respondents said they want to be vaccinated.

Hundreds of meatpacking workers have been vaccinated against the coronavirus but the union that represents them says several hundred thousand more have not, despite the risks they continue to face at work. (AP Photo/Charlie Neibergall, File)

GRAPE NUTS ARE RETURNING SOONER THAN EXPECTED, HERE’S WHEN

“They went through a little bit of hell during this pandemic and I think they’re ready to get the shots and get the pandemic behind them,” said Mark Lauritsen, the union's vice president of food processing and meatpacking.

The UFCW, which represents roughly 80% of the nation’s beef and pork workers and 33% of its poultry workers, estimates that at least 21,900 meatpacking workers have been infected or exposed, and 132 have died of COVID-19.

The companies say those measures have reduced infections in their plants, even as the virus spread widely last fall. The industry has been able to keep production to near capacity since the summer by expanding operations from just weekdays to include more Saturdays, and by producing larger cuts of meat to save time.

“We continue to see success from our approach, even amid the current increase nationally in cases,” said Keira Lombardo, Smithfield's chief administrative officer. “While the nation has been in a period of high relative incidence, we continue to see a sustained period of low relative incidence – and many employees, from coast to coast, report that they feel safer at work than elsewhere in the community.”

BJ Motley, the president of the union for workers at a large Smithfield pork processing plant in Sioux Falls, South Dakota, worries that they remain vulnerable and are not receiving vaccines quickly enough. With new variants of the virus emerging and a handful of infections still being reported weekly at Smithfield, he said workers must be vaccinated urgently.

Last spring, over 1,000 Smithfield workers in Sioux Falls were sickened and four died. Other meatpacking plants also dealt with major outbreaks and at one point in April the industry's meat production fell to about 60% of normal levels.

“I think the company is not pushing enough to get these people vaccinated, but now they want them to show up at work,” Motley said.

Sandra Sibert, who has worked at the Sioux Falls plant for 15 years, said even with additional safety measures, workers remain worried about the coronavirus.