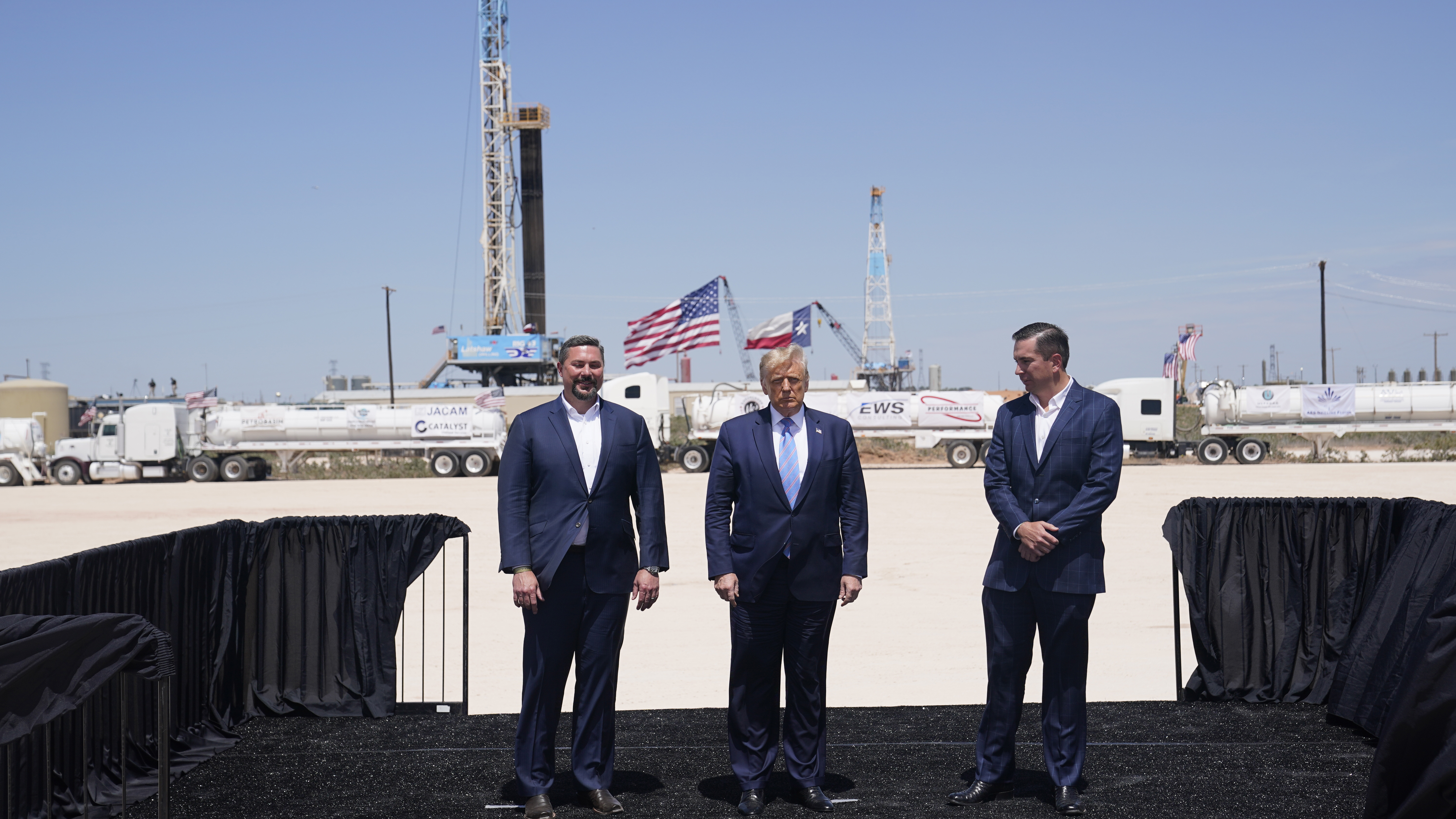 President Trump visited Texas Wednesday to tout America’s energy independence and sign four permits that will allow for the construction of pipelines and railway infrastructure on the southern border.

“The United States of America is now the number one energy superpower anywhere in the world,” Trump said in Midland, Texas. “We will never again be reliant on hostile foreign suppliers. We will defend your jobs. We will defend the Lone Star State.”

The president also said that export authorizations for liquefied natural gas will be extended to 2050 and that two of the permits he signed today will allow for the export of Texas's crude oil to Mexico.

America’s energy production has developed into a key talking point for the Trump administration ahead of the election later this year. According to the White House, crude oil production was up 38 percent in 2019 compared to 2016, and liquefied natural gas exports have increased five-fold during Trump’s time in office.

“We unlocked the full energy potential of Texas and New Mexico,” Trump said Wednesday. “Since my election, oil and gas production in the Permian basin has more than doubled. Under the Trump administration, the United States has increased oil production be 3.1 million barrels per day.”

Texas has become a hot spot for coronavirus, as the state now has more than 400,000 confirmed cases and more than 5,800 deaths.

The trip got off to a rocky start as two people who were supposed to be traveling with the president tested positive for coronavirus before boarding Air Force One.

Rep. Louie Gohmert, R-Texas, who told CNN in June he wouldn't wear a mask because he's tested regularly, tested positive for coronavirus Wednesday morning, just a day after he participated in a House Judiciary Committee hearing with Attorney General William Barr. The Texas congressman appeared to blame the mask for catching coronavirus in a video posted on Twitter Wednesday afternoon.

“It is interesting, and I don’t know about everybody, but when I have a mask on, I’m moving it to make it comfortable, and I can’t help but wonder if that puts some germs in the mask,” he said.

Welsey Hunt, a Republican congressional candidate for Texas’s 7th district, was supposed to travel with the president but also tested positive for coronavirus Wednesday morning. Hunt tweeted that he was asymptomatic and would return to Houston in a rented car.