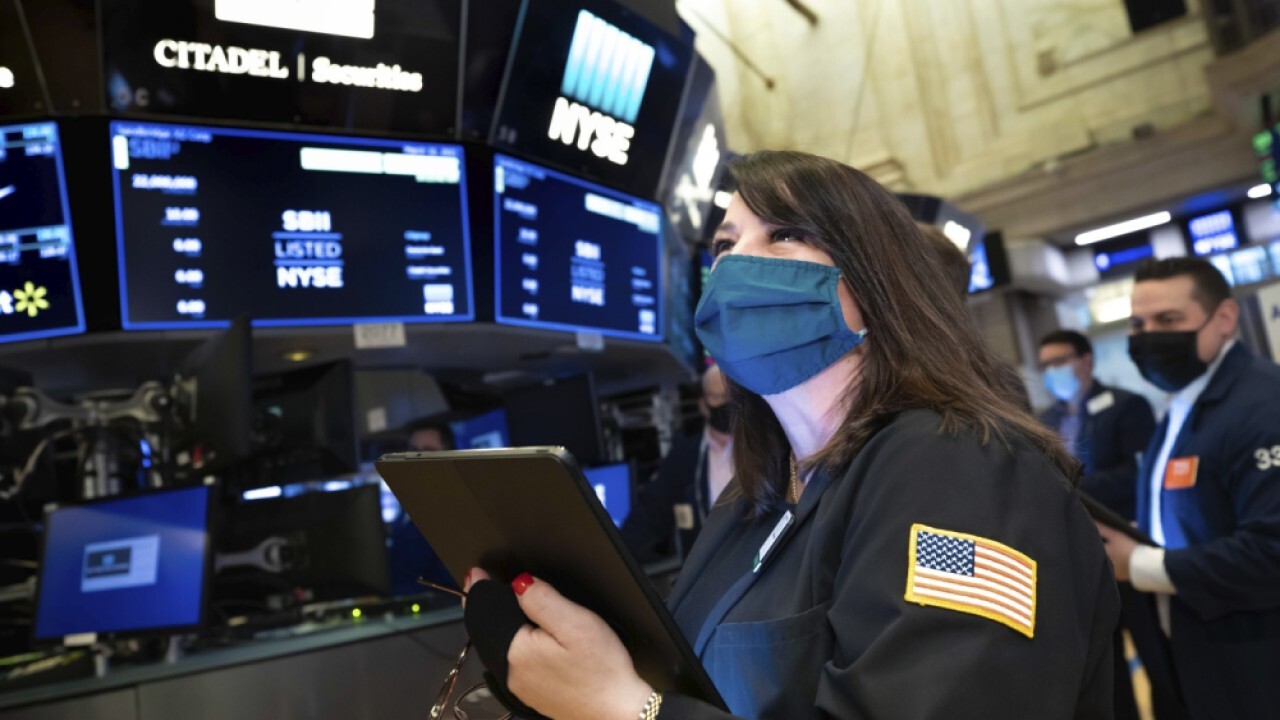 Investors should be 'cautious' on big tech stocks: Portfolio manager

The Dow Jones Industrial Average gained 305 points, or 0.9%, to cross the 34,000 level for the first time. UnitedHealth and Microsoft touching fresh records. The 1,000-point move from 33,000 to 34,000 was the third fastest on record, as tracked by the Dow Jones Market Data Group. Moves of such magnitude become easier as the index grows in value and equate smaller and smaller percentage gains.

The advance came after the Census Bureau said retail sales surged 9.8% month over month in March, far exceeding the 5.9% gain that analysts surveyed by Refinitiv were expecting. Additionally,  initial jobless claims for the week ended April 10 totaled 576,000, the lowest since lockdowns aimed at slowing the spread of COVID-19 began in March 2020.

On Thursday, Bank of America Corp. reported quarterly profit more than doubled after the firm released $2.7 billion of reserves that had been set aside to protect against loan losses during the pandemic. The bank also announced a $25 billion stock buyback plan.

Citigroup Inc. beat on both earnings and revenue and said it would shut down most of its consumer-banking operations in Asia, Europe and the Middle East.

The better-than-expected results from Bank of America and Citigroup are further evidence of the strength in the sector displayed by JPMorgan Chase & Co., Goldman Sachs Group Inc. and Wells Fargo & Co on Wednesday.

Elsewhere in earnings, Delta Air Lines Inc. said its quarterly loss widened from a year ago, but that it expects to return to profitability in the September quarter. Adjusted earnings per share missed estimates while revenue beat.

Meanwhile, Coinbase Global Inc. was in focus during its first full day of trading as a public company as shares continued to climb. The stock, on Wednesday afternoon, opened at $381 apiece and hit a high of $429.54 before settling at $328.28 and a market capitalization of $85.8 billion.

In deals, Thermo Fisher Scientific Inc. agreed to buy PPD Inc. for about $21 billion including debt. The agreement will pay PPD shareholders $47.50 per share – a 10.6% premium to Wednesday’s closing price.

Dell Technologies Inc. announced plans to spin off its 81% stake in cloud-software company VMWare Inc. which will pay a special dividend of up to $12 billion to the firm’s shareholders. Dell shareholders will receive 0.44 VMWare shares for each share they own.