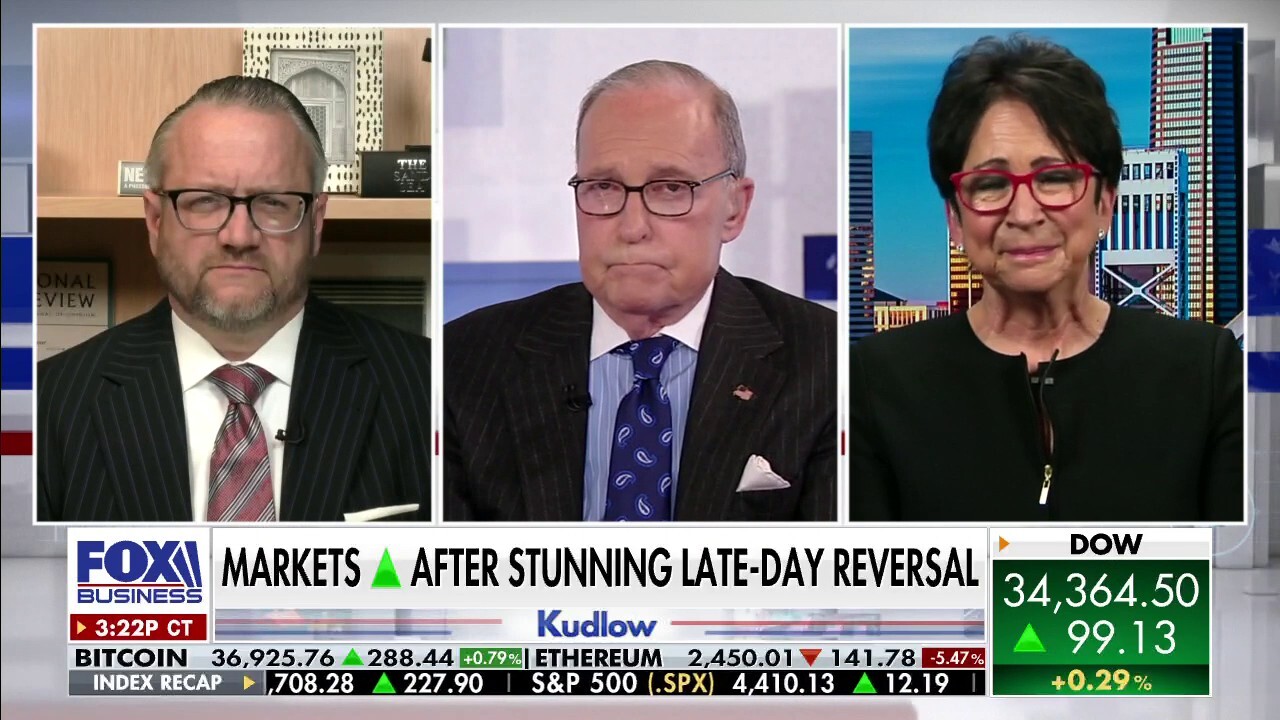 US economy is seeing the most ‘complex investing environment’: Tengler

It was a stock market reversal for the record books surprising even some of the most seasoned investors clocking the biggest turnaround in about 13 years.

The Dow Jones Industrial Average, which plummeted over 1,000+ points on Monday, erased all the losses for the first time ever, according to Bespoke Group, tacking on over 99 points at the close.

Monday’s morning session began with modest gains in the premarket for equities before the selling kicked in closer to the opening bell and accelerated from there.

Investors chalked it up to jitters over the possibility of faster rising interest rates to combat inflation ahead of the Federal Reserve’s two-day meeting which begins on Tuesday.

"The Fed is one of the key risk issues" right now said the team at Wells Fargo Institute in a conference call hosted after the close of trading to address the extreme volatility.

Goldman Sachs predicts the Fed will raise rates four times this year, while others, including JPMorgan CEO Jamie Dimon said as many as 7 may be needed to combat rampant inflation. The first hike is expected in March, according to CME's Fed Watch Tool.

Global tensions with Russia inching closer to Ukraine also contributed to the selling. The big catalyst came when President Biden announced he would hold a video call with European leaders over the escalating situation in the afternoon which sent stocks to the lows of the session.

The end result: joint efforts to keep Russia and President Putin in check.

By the final 30 minutes of trading, stocks turned higher in a stunning reversal.

For the S&P 500, it closed up 0.2%, after being down over 3% and plunging into correction territory.

And the tech-heavy Nasdaq Composite, which fell over 4%, closed with a 0.6% rise, only the sixth time in history to stage such a reversal, as noted by Bespoke Group.

Also notable, volume across all exchanges totaled over 17.8 billion shares, the highest of 2022 and well above the 11.6B average, as tracked by Dow Jones Market Data Group.