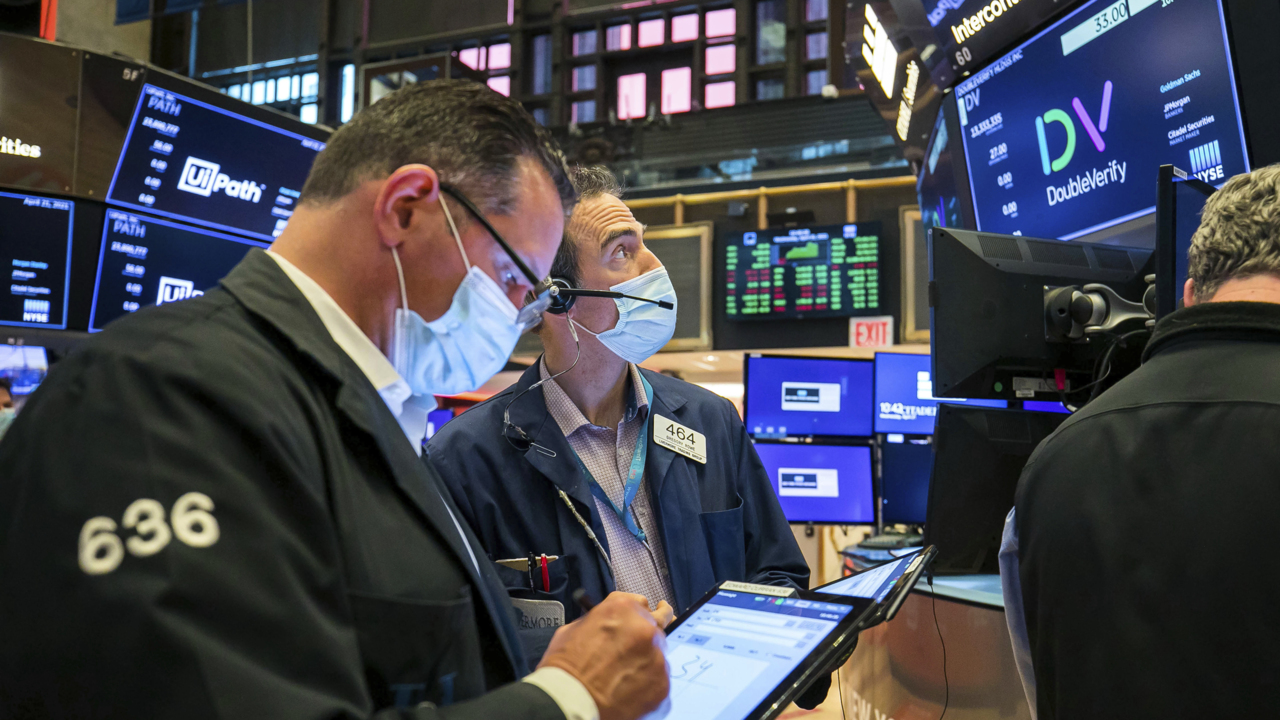 U.S. equity markets slumped Wednesday as traders sifted through earnings reports and took in the Federal Reserve’s decision to leave rates near zero ahead of President Biden’s speech this evening.

The Federal Reserve held its benchmark interest rate near zero while noting the increase in inflation will be "transitory."

The Fed’s decision to keep policy on hold came hours ahead of Biden’s first address to a joint session of Congress, where he is expected to lay out his plans to raise the top corporate tax rate and capital gains tax on wealthy Americans in order to pay for his plans to spend trillions of dollars on infrastructure and families.

In stocks, Dow Component Boeing Co. paused deliveries of its 737 Max aircraft after electrical problems caused the company to re-ground some planes. The company on Wednesday morning reported its net loss narrowed in the three months through March as deliveries of the 737 jet resumed following its return to service. The quarterly loss was the sixth straight for Boeing.

Fellow Dow member Microsoft Corp. beat on both the top and bottom lines as sales at its Azure cloud-computing unit grew 50% year over year. Google shares also hitting a record after sales hit over $55 billion, an increase of 34%.

Elsewhere in earnings, Alphabet Inc. booked its second straight record quarterly profit, but warned search traffic and ad sales could slow as users return to their pre-pandemic lifestyles. The company said it will buy back $50 billion worth of shares.

Starbucks Corp. beat on earnings and missed on revenue as international markets were slow to recover from the pandemic. The coffee giant raised its 2021 outlook for earnings and revenue.

Apple Inc., Facebook Inc. and Ford Motor Co. are among the companies scheduled to report after Wednesday’s closing bell.