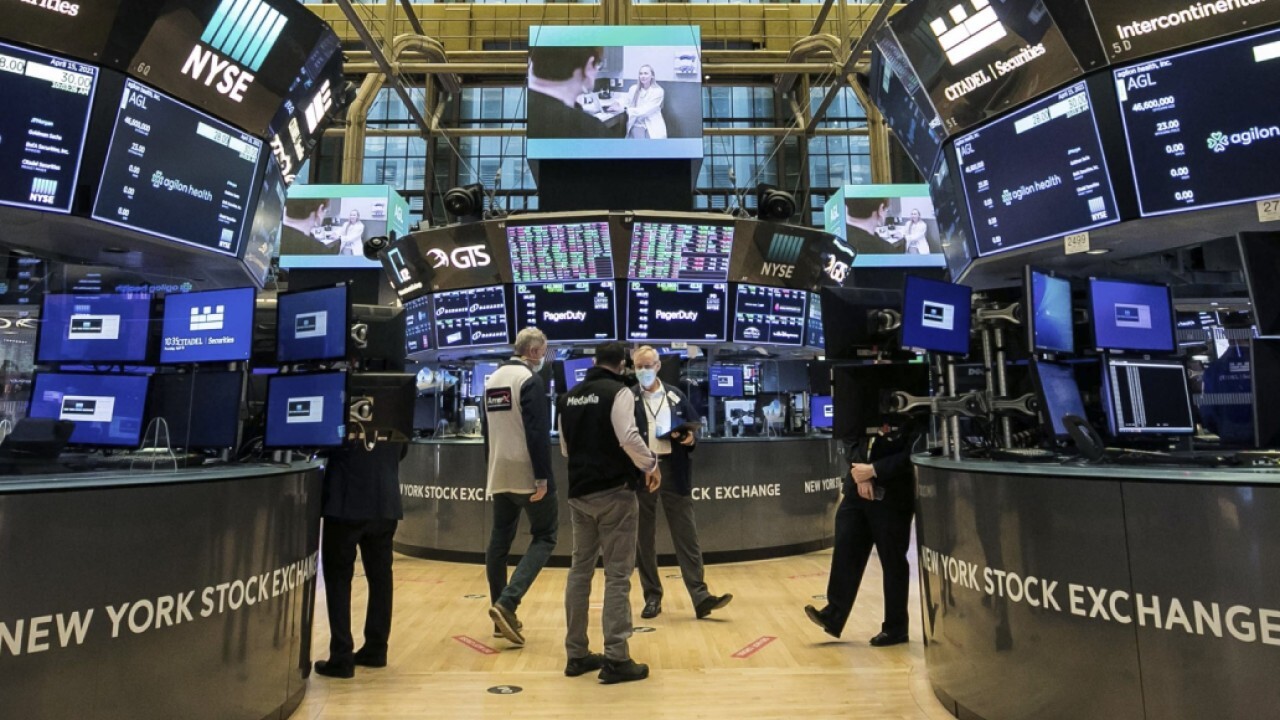 Varney: When should investors sell stocks?

FOX Business' Stuart Varney on when to sell stocks amid trillions of dollars being put into the economy.

Wall Street strategists are growing increasingly concerned the record-setting stock market is running out of steam.

"The asset bubble keeps on getting bigger and bigger," wrote David Rosenberg, chief economist and strategist at Toronto-based Rosenberg Research. "Please understand that this is the second most expensive S&P 500 index of all time. And we have not been in the middle 60% of this bull market in many months."

As evidence for just how expensive this market is, Rosenberg pointed to cyclically adjusted price-to-earnings (CAPE) data showing that earnings per share are at December 2016 levels when the S&P 500 was trading at 2,250 – 46% below Monday’s close. Dividends per share, another commonly used metric, are at levels seen in October 2019 when the S&P 500 was trading at 3,000.

Despite the stretched valuations, retail investors are pouring money into the stock market. During the first three months of the year they bought a record $300 billion of equity exchange-traded funds, according to a J.P. Morgan global markets strategy team led by Nikolaos Panigirtzoglou.

Rosenberg offered some "food for thought" about the recent market frenzy, highlighting one of legendary investor Bob Farrell’s rules.

"The public buys the most at the top and the least at the bottom," Farrell wrote.

Investors have been drawn into the market by a Federal Reserve that cut interest rates to near zero and pledged to buy an unlimited amount of assets to support the economy as it recovers from the sharpest slowdown of the post-World War II era. The central bank also promised to let price growth run above its 2% target for an extended period of time with the hope of restoring inflation that has been missing since the 2008 financial crisis.

All of that as U.S. lawmakers have approved about $6 trillion of COVID-19 relief and are in the process of negotiating trillions more.

"We are probably entering the last stage of the pricing of the growth acceleration," wrote Alessio Rizzi, analyst at Goldman Sachs.

Rizzi noted that markets are currently pricing in U.S. economic growth of around 5% versus the 7.2% pace of growth that Goldman Sachs’ economists are forecasting.

Therefore, he believes the reflation of the economy will continue to support risky assets in the near term.

"While we acknowledge the risk of growth disappointments from here, especially given the stretched levels of PMIs, we still believe the risk of scaling down and ‘not staying invested’ is very elevated," he wrote.