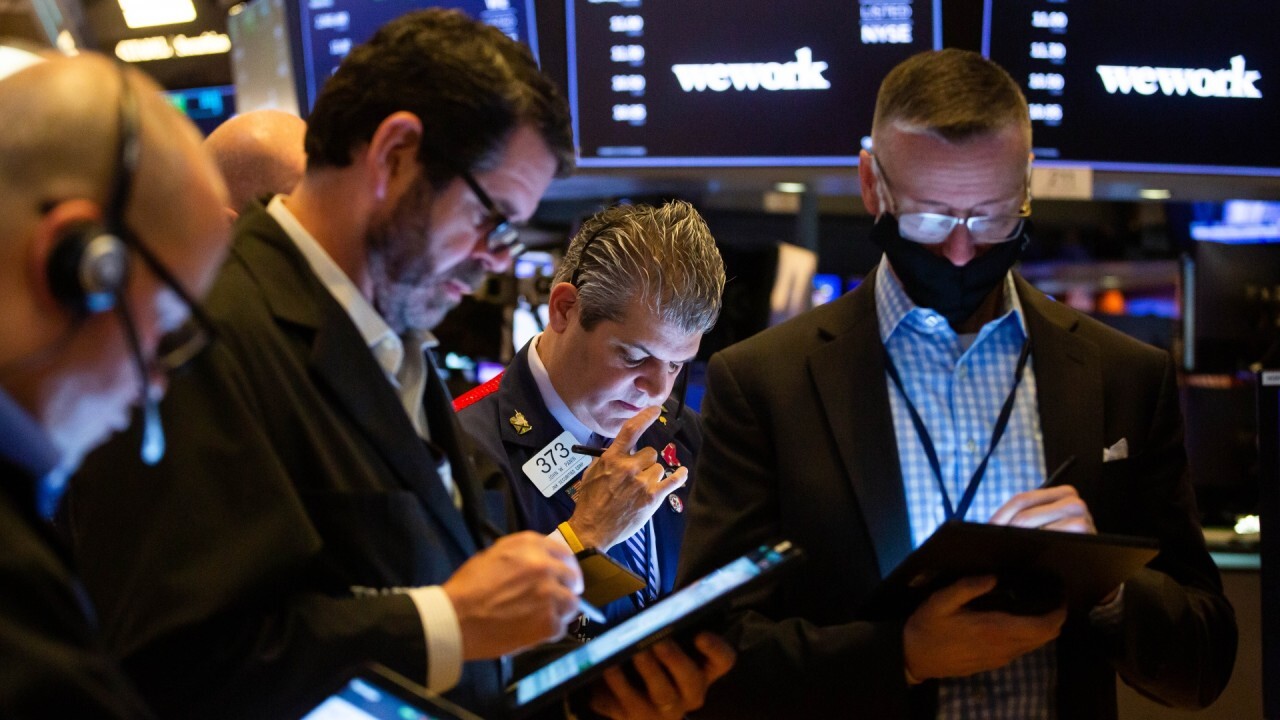 Powell, speaking at a Bank for International Settlements conference, said the supply chain bottlenecks that have caused the recent wave of inflation are likely to last "well into next year." He said the Fed could raise rates two times next year in an effort to tame pricing pressures.

The comments, which pushed stocks into negative territory, weighed heaviest on the technology sector, which was already under pressure after disappointing earnings reports from Intel Corp. and Snap Inc.

Intel Corp.’s revenue missed Wall Street estimates as the global chip shortage resulted in weaker sales of its processors. The company warned of lower margins for the next several years as it looks to roll out several generations of chipmaking technology by 2025.

Snap shares were sharply lower after quarterly revenue fell short of analysts’ estimates as changes to Apple’s privacy settings had an adverse impact on the social media company’s advertising business.

The results weighed on other social media companies, including Facebook Inc. and Twitter Inc., as investors feared Apple’s changes may similarly impact their results.

Elsewhere, Honeywell International Corp. slashed its full-year sales and profit forecasts amid concerns supply chain bottlenecks would pressure its business. Both earnings and revenue for the most recent quarter topped expectations.

Whirlpool Corp. said supply chain disruptions are likely to persist well into next year and that the supply of dishwashers, refrigerators and other appliances will remain constrained amid a period of strong consumer demand.

American Express Co. beat on both the top and bottom lines as consumer spending continued to bounce back after the easing of COVID restrictions.