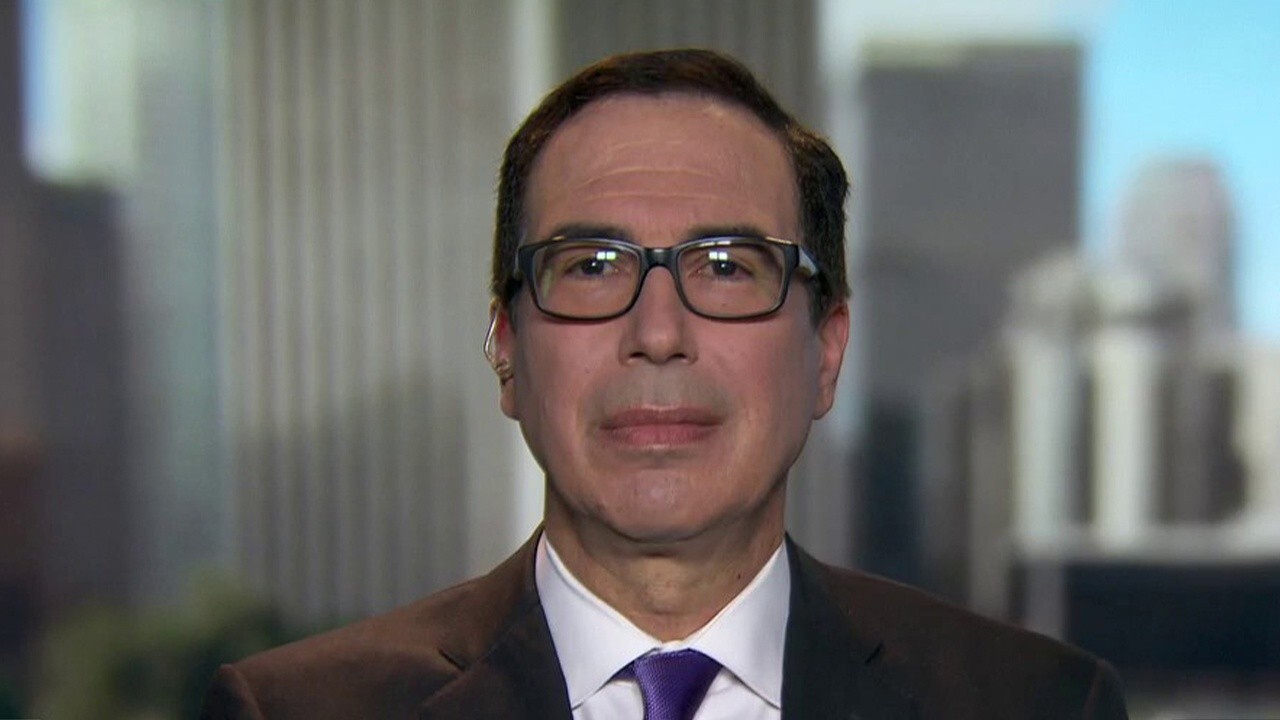 Former U.S. Treasury Secretary Steven Mnuchin credited the COVID-19 relief bills passed by President Donald Trump’s administration with saving the U.S. economy from a “great recession” as he advocated for more on Tuesday.

In his first television interview since leaving the White House with FOX Business’ Larry Kudlow – who headed up the National Economic Council under Trump – Mnuchin said that traditional ways of thinking about spending and the economy are irrelevant since the ongoing recession isn’t “economically driven.”

“I think traditional economic models don’t really work here and that’s why we’ve done this [relief] in stages,” Mnuchin explained. “So I’ve felt all along we need to spend what we need to spend.”

Mnuchin did caution, however, that at “some point” ballooning government debt does become problematic, so his preference would be to see a fifth bill and a sixth bill, if necessary, in addition to the four passed during his tenure.

The former treasury secretary noted that two of the bills passed under his watch sailed through the Senate with nearly unanimous support, whereas Democrats and the Biden administration are considering bypassing Republican resistance by using the reconciliation process.

“My preference would be that the president continues to do something on a bipartisan basis as opposed to using reconciliation,” Mnuchin said on Tuesday.

He also warned against using reconciliation, which is intended to address certain budgetary measures, as a general spending tool.

Lawmakers have been attempting to iron out details for another substantive package, though they remain caught up on several critical issues, including overall cost and aid to state and local governments.

Democrats have legally paved the way to use the reconciliation process to potentially pass their coveted relief measures, which would require a simple majority.

They are hoping to have a bill to present to the president next month.

It is unclear whether they will move forward at that time with reconciliation or whether all Democrats would be on board with that process.