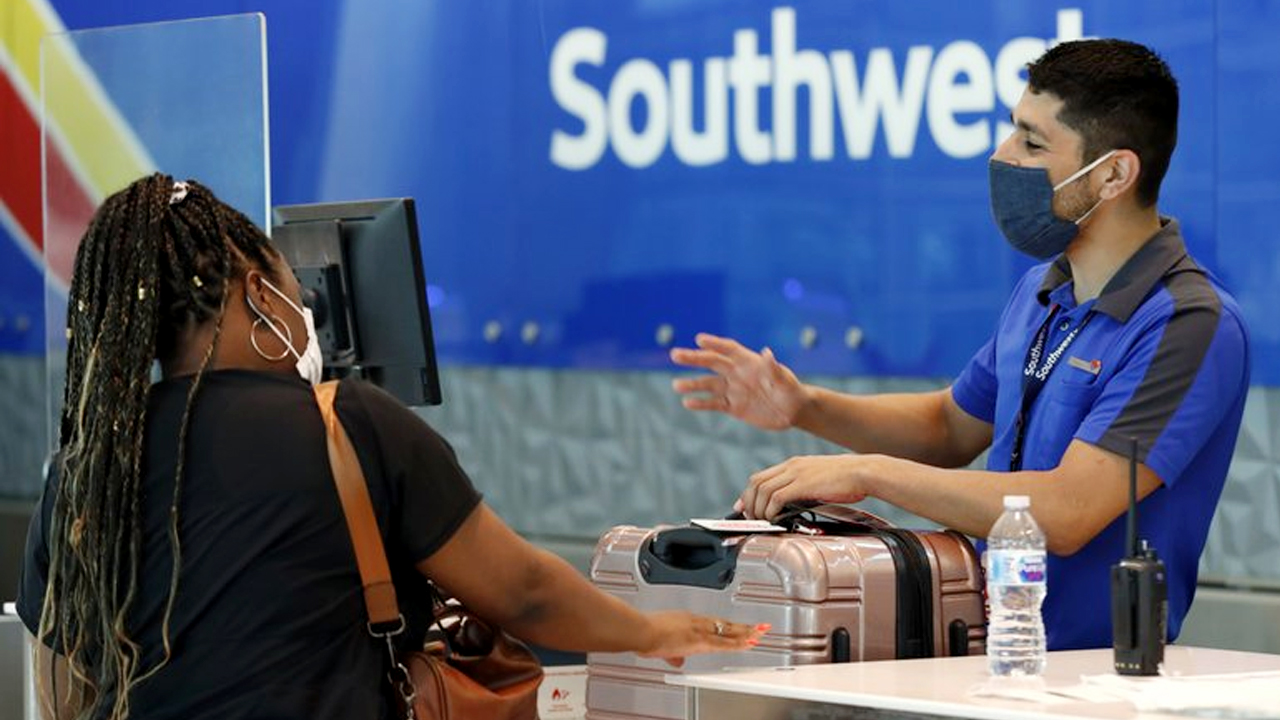 Southwest Airlines said Wednesday it has decided against securing another coronavirus loan from the Trump administration.

The Treasury Department said in July that Southwest and other major U.S. airlines had signed letters of intent as a first step toward seeking federal loans funded by the CARES Act, but a Wednesday regulatory filing shows that the Texas-based airline has chosen not to proceed on a non-binding $2.8 billion loan request and believes it can secure more financing on its own.

Southwest has already been receiving payroll support from the U.S. government under the CARES Act, with the total funding to top $3.2 billion by Sept. 30. As part of that loan agreement, the airline may not lay off or furlough workers before Oct. 1.

"As a result of the significant actions taken by [Southwest] to bolster liquidity and its belief that it can secure additional financing at favorable terms, if needed, the company has since decided not to participate in the secured loan program," the airline said in a Wednesday filing with the Securities and Exchange Commission.

Southwest Airlines employee La Toya Malone Key wipes down a kiosk after it was used by a passenger to secure their boarding pass at Love Field in Dallas. (AP Photo/Tony Gutierrez, File)

The filing added that so far in August, the airline "has experienced a modest improvement" in demand from leisure passengers booking flights shortly before trips.

Southwest's revenue in July and August decreased year-over-year by about 70 percent, which was in line with the company's expectations, and it is expecting only modest improvement in September.

The company added that its "cash burn in July 2020 was approximately $17 million per day."

Airlines have taken a significant hit from the coronavirus pandemic and related lockdowns, which have left travelers reluctant to board planes with potentially infected people.

All major U.S. airlines have implemented at least some new rules and safety measures, such as mask mandates, leaving middle seats open and changing boarding procedures.

The Trump administration has set a deadline of Sept. 30 for airlines to confirm whether they will accept federal loans. Taking loans requires the carriers to maintain March 24 employment levels at least through that date, if possible. Those who had to trim their labor forces could reduce them by only 10%.