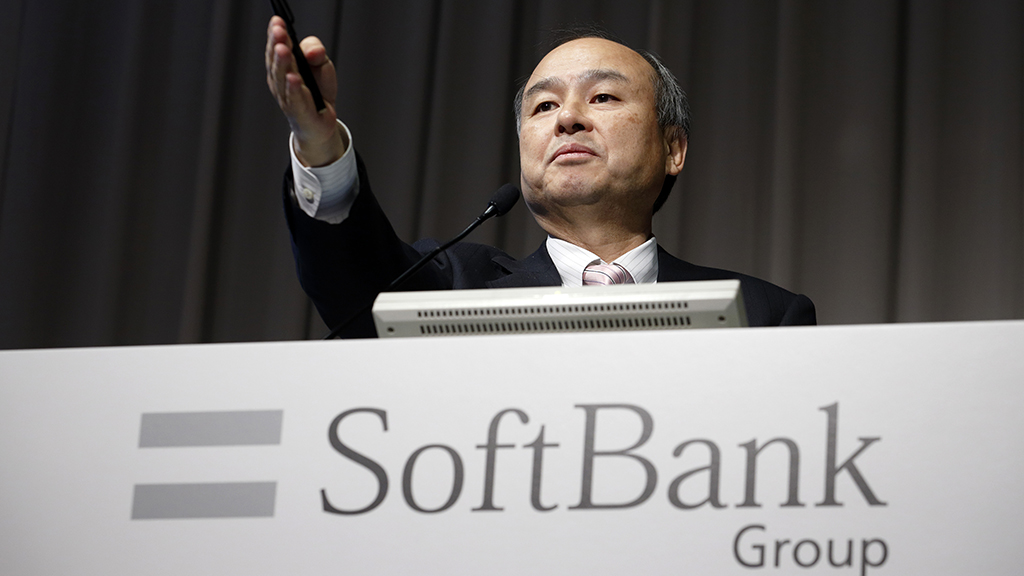 Investors watching the vertigo-inducing rise -- and this week's fall -- of technology stocks are buzzing about a single trade, a giant but shadowy bet on Silicon Valley big enough to pull the market up with it.

The investor behind that trade, according to people familiar with the matter, is Japan's SoftBank Group Corp., which bought options tied to around $50 billion worth of individual tech stocks. Investors and analysts, aware of the activity but in the dark as to who is behind it, say it has turbocharged the tech sector, whose sheer size drives broader market moves.

The stock market rebounded to record highs this year despite serious pain in the economy from the coronavirus pandemic. Tech stocks led the charge as work, school and entertainment shifted online, but entered a new phase in recent weeks.

Before this week's retreat, Apple Inc. had gained nearly $700 billion in market value since the end of July and Tesla Inc. shares more than doubled, making the electric car maker one of world's 10 most valuable companies.

Regulatory filings show SoftBank bought nearly $4 billion of shares in tech giants such as Amazon.com Inc., Microsoft Corp. and Netflix Inc. this spring, plus a stake in Tesla. Not included in those disclosures is the massive options trade, which is built to pay off if the stock market rises to a certain level and then lock in gains, the people said.

SoftBank bought a roughly equal amount of call options tied to the underlying shares it bought, as well as on other names, according to people familiar with the matter. It also sold call options at far higher prices. This allows SoftBank to profit from a near-term run-up in stocks and then reap those profits by unloading its position to willing counterparties.

Investors pay a small premium to buy options, giving them exposure to a much larger notional amount of shares. In SoftBank's case, the roughly $4 billion in options generated an exposure of around $50 billion, according to the people familiar with the matter.

A handful of massive tech stocks -- Apple, Microsoft, Amazon, Facebook, and Google-owner Alphabet -- make up about a quarter of the S&P 500 index. They take the broader stock market with them when they rise or fall. Their dramatic rally in recent weeks has pushed the stock market to new highs, but raised concerns of a dangerous unwind that could drag the market down with them.

The possibility of such an unwind came into focus Friday, as the tech-heavy Nasdaq fell sharply for the second day, dropping 1.3% and capping off its worst week since March.

Traders say the market dynamics could be partially explained by investments like SoftBank's. Options activity has been so robust that traders have said it has helped intensify the rally in tech stocks and unleashed unusual dynamics across markets. SoftBank's options positions were reported earlier by the Financial Times.

Options strategies were at play in gains in stocks like Salesforce.com Inc., which jumped 26% in one day after its earnings, traders said. Options are contracts that allow investors to buy or sell shares at a specific price, later in time. Call options confer the right to buy, while puts give the right to sell. Traders can tap these derivatives contracts to make directional bets on stocks or hedge their portfolios.

Investors buy options contracts tied to individual stocks or to broad indexes such as the S&P 500 or the Nasdaq Composite. When banks and brokerages arrange options for investors, they are left with their own exposure to the markets.

To zero that exposure out, options dealers buy derivatives and stocks. In the case of call options, this can give stocks and indexes another boost higher. As shares jump, they need to hedge more, adding fuel to the fire. Such hedging activity can also intensify moves when markets head lower.

According to traders, there have been mammoth options trades that include buying call options on stocks like Amazon.com Inc., Adobe Inc., Netflix Inc., Facebook Inc. Microsoft Corp, generating chatter across Wall Street.

Some of that options activity has come from individual investors, who have been lured by free trades on sites such as Robinhood Markets Inc. SoftBank's role indicates large institutions are also playing a role in the frenzy of tech options trading.

"It's exacerbating moves," said Danny Kirsch, head of options at brokerage Cornerstone Macro, of the surge in tech options activity. "That's why these moves are getting very stretched both ways."

SoftBank is best known for its $100 billion Vision Fund, which invests in startups including Uber Technologies Inc. and TikTok owner Bytedance. But in July its founder and CEO, Masayoshi Son, announced a new unit to invest in public markets, similar to a hedge fund in its scope and tactics.

STOCKS TO GRIND HIGHER OVER NEXT DECADE: BANK OF AMERICA

Part of that unit includes a $555 million, 12-year fund, one-third of which is Mr. Son's personal money. It adds another tentacle to SoftBank's globe-trotting, asset-spanning investment ambitions. Mr. Son, often given to bouts of whimsy, hid a clue in the name: 555 in Japanese is pronounced "go, go, go."

SoftBank only recently emerged from a serious rough patch. The company's bet on office landlord WeWork soured, requiring SoftBank to bail it out. Concentrated investments in ride hailing startups were hammered when the pandemic shut down travel. It reported a $9 billion loss in the fiscal year ended March, its worst year ever.

Softbank's shares plummeted in March and the company announced a major shift in strategy. It would unload more than $40 billion in legacy assets. That number is now more than $50 billion and will include the sale of its stakes in T-Mobile US Inc., Chinese e-commerce giant Alibaba Group and SoftBank's Japanese telecom unit.

The stock market rebounded to record highs this year despite serious pain in the economy from the coronavirus pandemic. (Tomohiro Ohsumi/Getty Images)

Much of that cash was originally earmarked for share buybacks and debt redemption. But SoftBank paused the buyback plan it announced in March after its shares rocketed higher. Mr. Son said SoftBank is in no hurry to repurchase more of its roughly $47 billion in bonds, since the company has enough cash to cover redemptions for the next two years, and bondholders don't particularly want to sell.

It is a departure for Mr. Son, who is known for long-term bets on young tech firms, including his $20 million bet on Alibaba in 2000. The fund will instead invest primarily in highly liquid, publicly traded companies, making extensive use of derivatives and leverage to boost returns.

Some SoftBank shareholders are uneasy about the new stock trading unit. They invest in tech stocks themselves, and are perplexed that SoftBank is now aiming to do the same thing, according to SoftBank investors. Mr. Son, who has a one-third stake in the stock-trading fund, promised to make up a portion of shortfalls in the fund if it lost money at the end of its 12-to-14 year life, according to the company.

When questioned about the stake at a virtual investors' meeting last month, Mr. Son said he wanted to take risk and get upside, according to two people familiar with the gathering. "I'm not a bonus and salary guy, " he told the listeners, one of those people said.