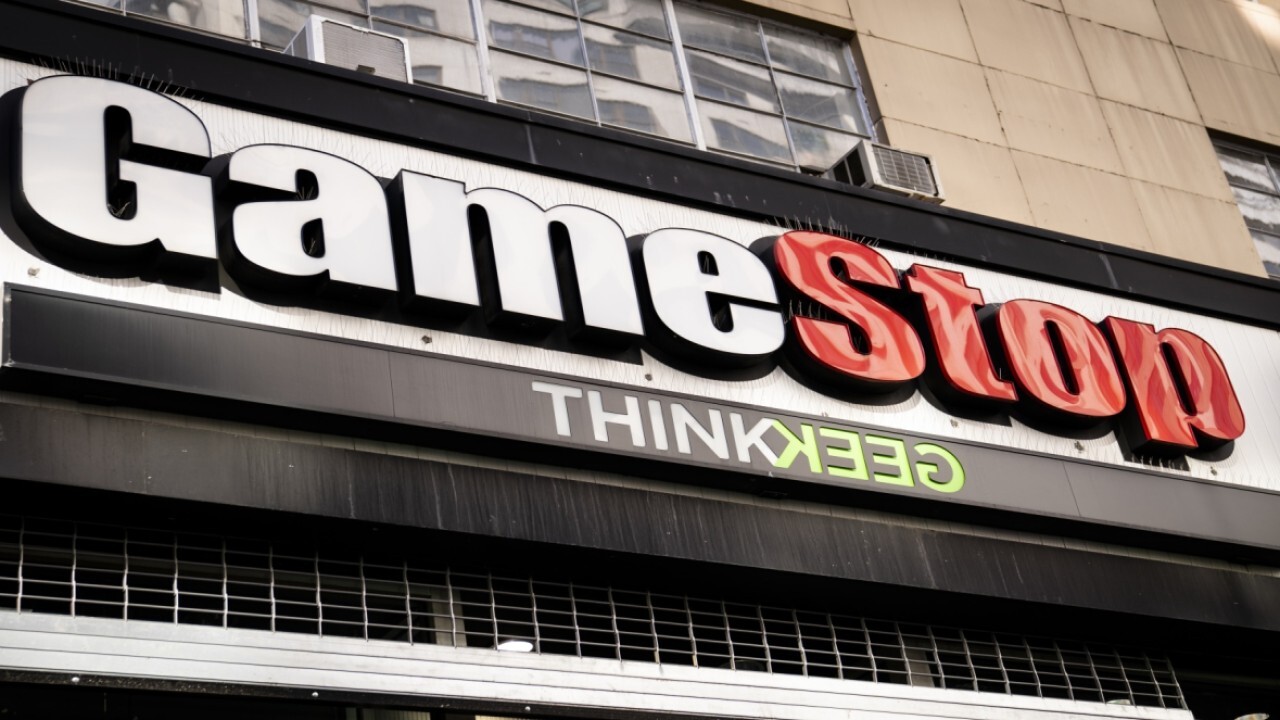 Jaydyn Carr, a 10-year-old who cashed out on GameStop, and his mother share their story of acquiring and selling his GameStop stock amid the short squeeze.

The U.S. Securities and Exchange Commission will have a difficult time proving the recent surging share price of GameStop Corp. and others like it are the result of market manipulation.

“The other view is that Wall Street is being inundated and overtaken by thousands of retail investors who are marching on Wall Street like French peasants during the French Revolution, carrying pitchforks,” he added. “They're inexperienced. They don't know anything about investing, but they believe in momentum and they're going to keep on riding something up, thinking it's going to go on forever.”

GameStop shares jumped Friday and have soared 1,545% since Jan. 12 after a group of investors banded together to squeeze short-sellers who had increased their bets against the videogame retailer to roughly 150% of shares outstanding.

The idea to launch a counterattack against those short-sellers has been linked to the WallStreetBets message board on the discussion website Reddit.

"The SEC said Friday it is monitoring developments and will “act to protect retail investors when the facts demonstrate abusive or manipulative trading activity that is prohibited by the federal securities laws."

The SEC said Friday it is monitoring developments and will “act to protect retail investors when the facts demonstrate abusive or manipulative trading activity that is prohibited by the federal securities laws.”

Proving manipulation is extremely difficult, according to Coffee.

“The problem is distinguishing the true believers who committed no crime from those people who are simply trying to push others to buy, to push the stock up because they want to squeeze the shorts,” he said.

To do so, regulators would have to find a technique or tactic used by those who sought to manipulate the market, like sending blast emails to thousands of investors.

“There are lots and lots of those true believers,” Coffee said.

Retail investing has surged in popularity as more Americans have found time to monitor their investments while working from home during the COVID-19 pandemic.

That environment led to a 50% surge in the number of households placing trades, according to Charles Schwab who also owns TD Ameritrade. Many of them have little previous experience in investing, and in the long run they could be the ones who suffer most from the consequences of what’s happening in GameStop and other stocks like it.

“Putting guardrails around this type of otherwise legal activity will hurt information flows to the market in the long run,” wrote Jennifer Schulp, director of financial regulation studies at the Cato Institute, a libertarian-leaning think tank. “Increased retail participation in the market should be welcomed as an opportunity for people to grow wealth over the long-term, especially when educated about the risks and rewards of investing.”