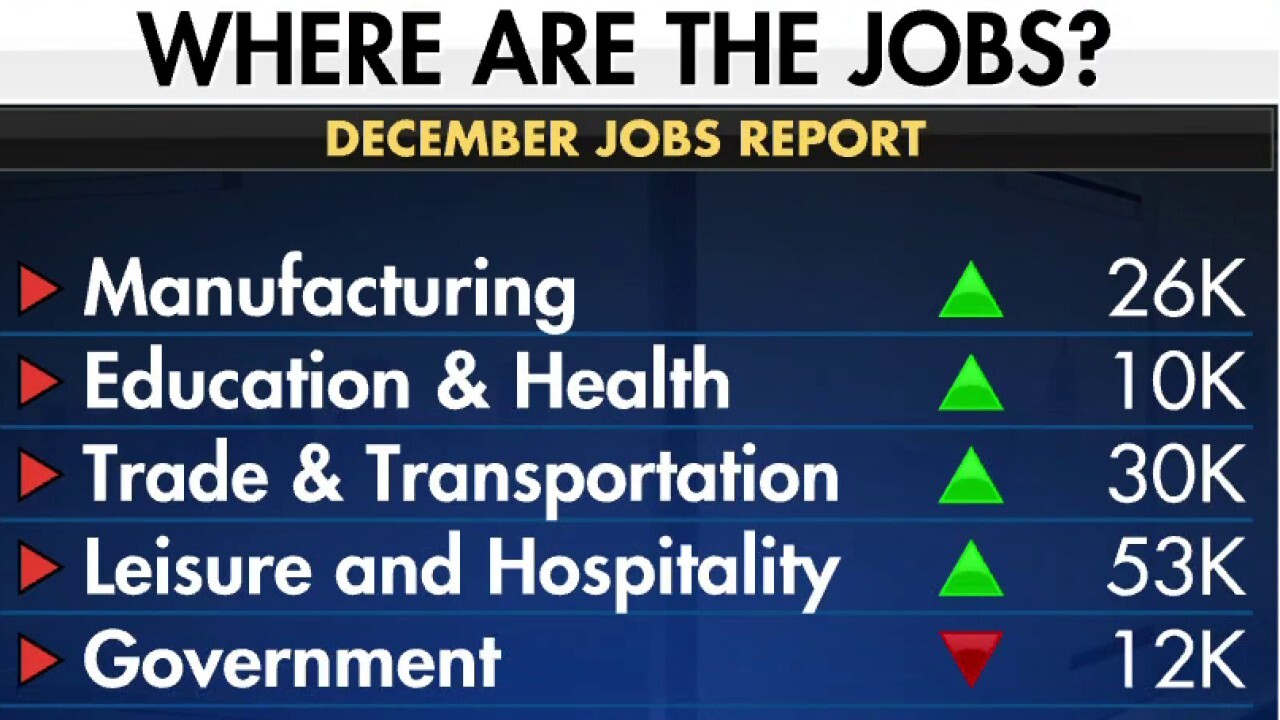 Investors will be greeted with another wave of economic data this week, meanwhile, Federal Reserve officials will make the rounds on Capitol Hill.

And rising bond yields will remain center stage after stocks dropped during the first trading week of the new year.

The week will kick off with economic data including employment trends, wholesale inventories.

Other notable events on Monday include the beginning of the IRS' new reporting rules for research & development tax credits.

Earnings for the week will ramp up on Tuesday with Albertsons before the market open. Investors will also take in the National Federation of Independent Business' small business optimism index.

Also on Tuesday, Kansas City Fed president Esther George will speak on the economic and monetary policy outlook before an event hosted by Central Exchange, the Senate will hold a hearing on Jerome Powell's re-nomination as Federal Reserve chairman, and Secretary of Defense Lloyd Austin will testify before the Senate on the U.S. withdrawal from Afghanistan.

The consumer price index and core CPI will top economic data midweek after hitting 6.8% in November.

Additionally, the Beige Book will be reported along with the Energy Information Administration's weekly crude report.

Earnings from Jeffries Financial Group and KB Home will also be reported.

Transportation Secretary Pete Buttigieg will deliver a keynote at the Transportation Research Board annual conference as the Biden administration continues to deal with ongoing supply chain disruptions.

In addition, Tampa Bay Buccaneers quarterback Tom Brady will launch a clothing line as part of a series of name, image and likeness agreements with college athletes.

Delta Airlines will take the spotlight on Thursday along with the producer price index and latest on initial and continuing jobless claims.

Also on Tuesday, the Senate will hold a hearing on Lael Brainard’s nomination to be vice chair of the Federal Reserve.

The American Bankers Association's Economic Advisory Committee chair Ellen Zetner will present the latest consensus economic forecast from a panel made up of top economists at some of North America’s largest banks.

Ford will also begin notifying customers impacted by a recall of nearly 185,000 F-150 pickup trucks in the 2021 and 2022 model years due to loose heat and noise insulators that could damage the vehicle's driveshaft. Dealers will inspect and repair the driveshafts as necessary and properly attach the underbody insulators free of charge.

Wrapping up the week will be earnings from BlackRock, Citigroup, First Republic Bank, JPMorgan Chase, Wells Fargo as well as data on import and export prices, retail sales, industrial production, business inventories and the University of Michigan's consumer sentiment index.