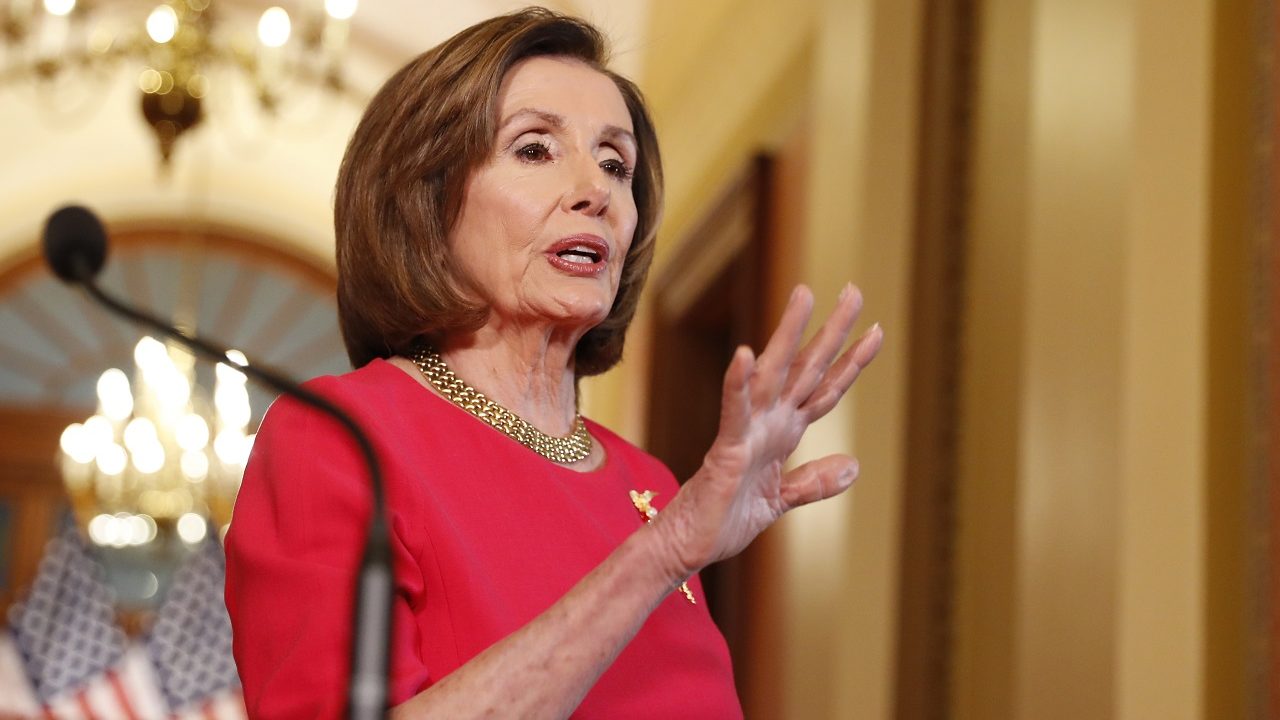 Before the coronavirus virtually shut down the U.S. economy, the Democratic Party had been at the forefront of efforts to break up the big technology companies over concerns that these corporate behemoths had grown too powerful and too intrusive in the lives of average Americans. But now that the virus is squeezing economic growth toward a possible depression, big tech is making a comeback, particularly with at least one top Democrat working on virus-related stimulus measures, FOX Business has learned.

House Speaker Nancy Pelosi has been quietly consulting with tech executives on stimulus plans designed to prevent the current downturn from turning into deep recession, according to people with direct knowledge of the matter.

FOX Business could not determine who Pelosi is dealing with, though her district in Northern California is home to a large portion of Silicon Valley, ground zero for the nation's tech industry, and home to many of the biggest companies, such as Google, Facebook and Apple.

One person who has knowledge of Pelosi's efforts says she has spoken with Marc Benioff, the voluble chief executive of cloud software developer Salesforce.com, who has contributed to progressive candidates and causes in the past.

A spokesman for Pelosi would not deny the outreach to big tech and Benioff on the stimulus plans. "Speaker Pelosi is in touch with an array of governors, mayors, scientists, non-profit, labor and small business leaders, anti-hunger advocates and others to discuss how we can best put families and workers first as we combat this pandemic." The spokesman declined further comment.

Benioff had no comment on the matter. A person close to him downplayed any advice, saying Benioff "isn't at this moment working with" Pelosi on any stimulus matters. Press officials for Google, Facebook and Apple had no comment.

Pelosi's reported tech outreach comes at a crucial time. Government officials are grappling with the economic impact of the measures to combat the spread of the novel coronavirus. Lockdowns and social-distancing measures have caused widespread unemployment and could dramatically change the nature of American business going forward.

Already, legislative leaders and the White House have passed legislation to spend $2 trillion in virus relief for individuals and small businesses, on top of the multiple trillions in monetary stimulus the Federal Reserve has pumped into the economy. While the Fed's moves have recently stabilized the markets, the fiscal stimulus from Congress and the White House has been marred by confusion and delays, particularly in getting low-interest loans to small business hardest hit by the virus shutdowns.

Sources say the next stimulus plan could add another $1.5 trillion in spending for infrastructure and assistance to cities and states, though the exact details of what might be in any possible legislation remain unclear.

It's unclear exactly what tech executives are advising Pelosi to do. Pelosi and Schumer recently shot down a request by McConnell to add another $250 billion to aid small businesses because they wanted it attached to an aid package for municipalities and hospitals. Many small businesses, which employ fewer than 500 people and represent nearly 50 percent of the U.S. workforce, have been decimated during the virus shutdown.

But one source with direct knowledge of the matter says the House speaker and McConnell have been privately working more constructively in recent days on stimulus, which may be the result of her consultations with big technology executives, who are politically more moderate than the progressive wing of the Democratic Party.

Business leaders have worried about plans by some Democrats to tie social-welfare efforts to badly needed stimulus plans, thus causing delays that could make the economy fall further into disarray.

Pelosi's outreach to technology executives may also signal that the Democrats will begin to soften their attacks against this giant industry. Pelosi has also been the beneficiary of campaign contributions from big tech during her long political career. But in 2019, Pelosi joined in the attacks against tech, tweeting the "era of self-regulation is over" as Democratic Party leaders began to increasingly challenge big tech's invasion of privacy and their allegedly monopolistic business practices.

But if the economy is to recover, it will need a healthy tech industry. These companies employ hundreds of thousands of Americans, and the stocks of companies like Google, Apple and Facebook, have been among the market's best performers.