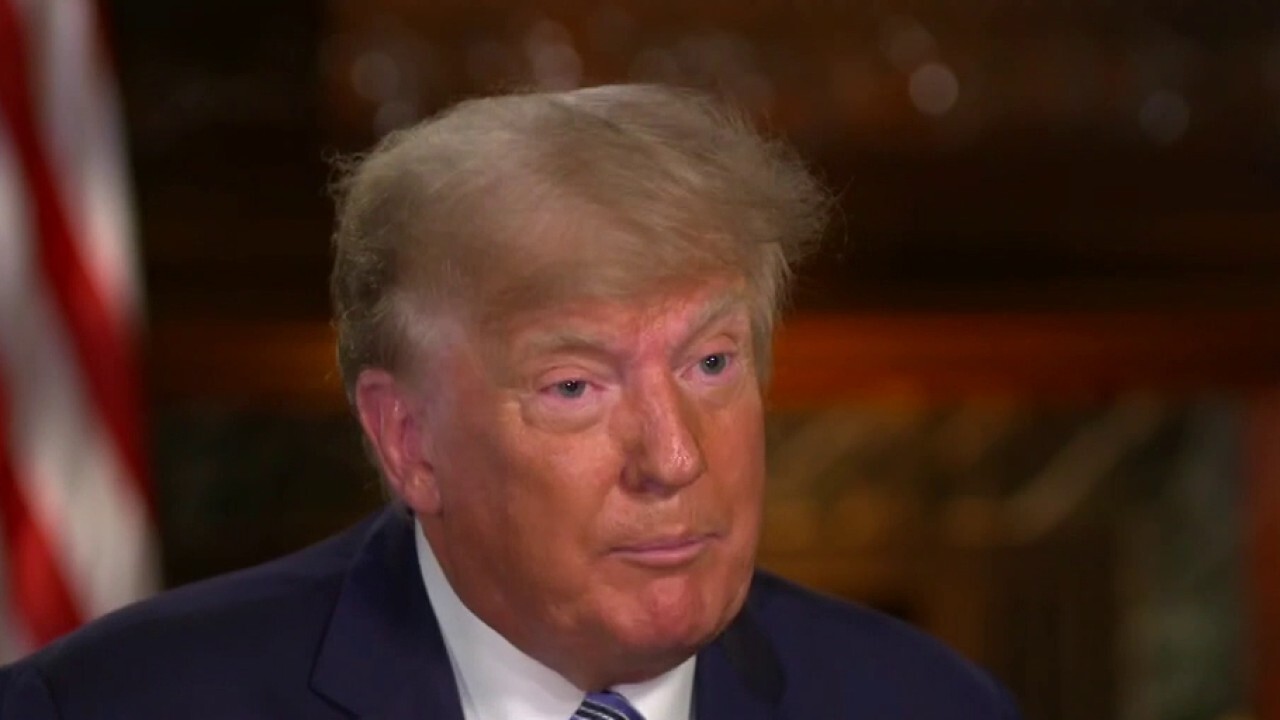 Former President Trump slams President Biden's move to release 50 million barrels of oil held in the U.S. Strategic Petroleum Reserve, as Americans have been paying more for gas now than they have in years.

Energy prices exploded in 2021, and 2022 may bring a repeat unless the Biden administration changes its anti-fossil fuel agenda.

Canceled pipelines and drilling moratoriums have created a toxic environment for U.S. oil and gas investment. Because of this, the U.S. will be undersupplied in the new year unless the omicron variant shuts us down or if rising costs drive the economy into a recession. If these shadows of our current energy policy remain unaltered, then oil prices should surge to just shy of $100 a barrel next year.

STOCKS TO RISE IN 2022 BUT NOT WITHOUT BUMPS

Looking back at 2021, we know that this was a year of the great inflation expansion, unlike anything we've seen in a generation. In November consumer price inflation was up 6.8%, the highest since 1982, and while supply chain issues due to COVID-19 were a big part of what was pushing prices higher, a look at the big picture showed it was the cost of energy as one of the root causes.

WHERE INFLATION IS HITTING CONSUMERS THE HARDEST

Rising energy costs were not just COVID-19-related but a self-inflicted wound by the Biden administration as it signaled an ill-advised war on fossil fuels during a pandemic that sucked dollars from the U.S. economy into the economies of Russia and OPEC. Even the Saudi Arabian energy minister Abdulaziz bin Salman warned that the reduced investment in oil and gas would cause global oil production to fall by 30 million barrels a day and would only enhance the cartel's dominance in the global oil and gas space.

FED IS BEHIND THE CURVE: LARRY SUMMERS 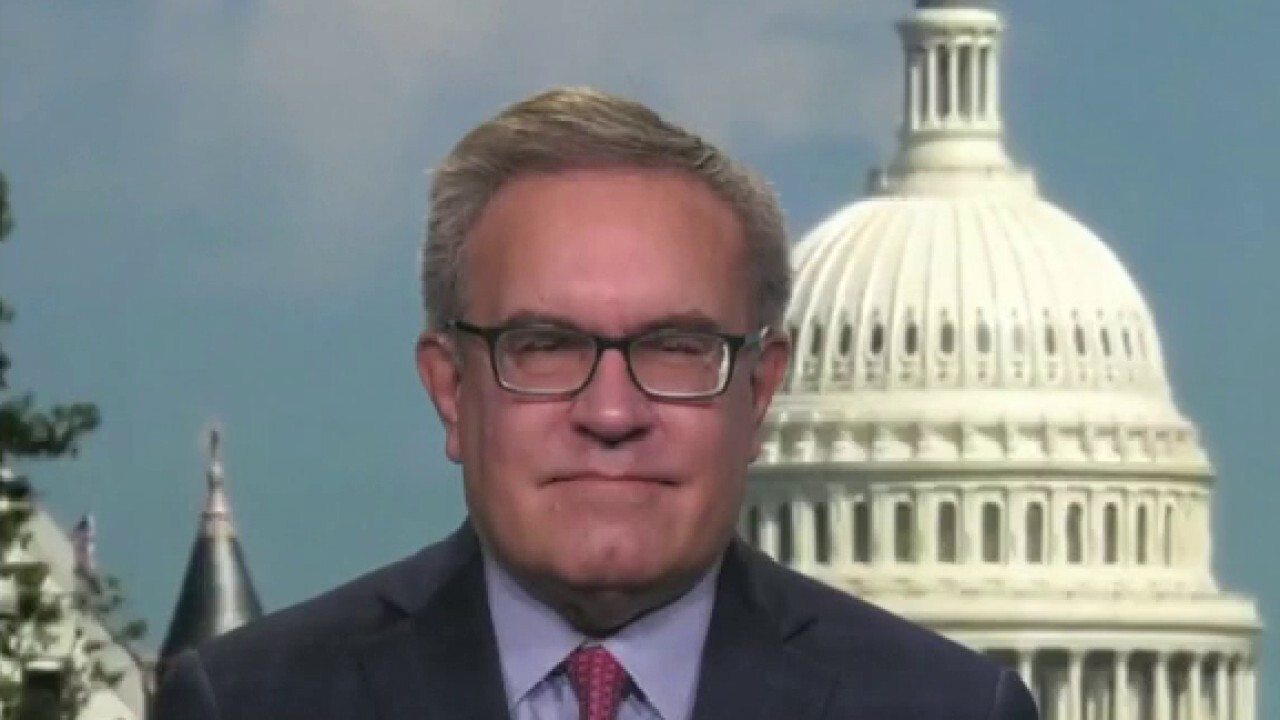 For many years economists were stunned that we could see the economy grow at a rapid pace while inflation remained subdued. Federal Reserve officials were confused as to why we were not seeing inflation creep back into the marketplace. Yet a big part of that was to the credit of the U.S. energy producer. The shale revolution provided plentiful and cheap energy, which allowed businesses to grow without seeing their costs increase, and that kept price pressures low. That also created jobs, not just in the energy industry but also from manufacturers that benefited from low U.S. fuel costs. Businesses both large and small flourished, powered by cheap U.S.-produced oil and gas.

Now inflation is on the rise as U.S. oil and gas production has faltered. One might think cheap, plentiful, affordable energy would be a godsend, but fixations over climate change and a green energy agenda have discouraged much-needed investment in the U.S. energy and gas space. President Biden will bear responsibility for this underinvestment.

Oil prices are hovering near the $72-per-barrel level as investors gauge the possibility of future lockdowns. If we sidestep those, oil supplies will be even tighter despite the false impression of adequate supply. Demand numbers will jump right into the new year.

In the meantime, according to data from consultancy Rystad Energy, the third-quarter oil and gas reinvestment rate was 46% and below the historical average of 130%, in part because the industry fears new regulations, new taxes and a hostile political environment.  The Wall Street Journal pointed out that the Biden administration and its climate czar, John Kerry, have been pressuring banks and financial institutions to reduce their commitments to U.S. oil and gas companies and join a "Net-Zero Banking Alliance" that is making investing in U.S. oil and gas less attractive. Citigroup, Wells Fargo, Bank of America, Morgan Stanley, Goldman Sachs and JPMorgan Chase signed onto that alliance, and I know of at least one energy company where his bank asked him to close his account so it could reduce the carbon footprint.

Additionally, fears of more regulation and the global drive to get off fossil fuels, global oil and gas discoveries in 2021 fell to their lowest level in 75 years, according to Rystad Energy. Global oil production depletion rates are causing significant upside price risks as global oil production capacity shrinks. Globally there is a 10% depletion rate of close to 2 million barrels of oil a day, and because the U.S. has pulled back from its role in recent years as the biggest non-OPEC oil producer, it is less likely that that can be filled.

The sad part is we should learn from the fallout from the global climate crusade in Europe, which has driven its heating bills and electricity costs to record highs. There are short-sighted energy policies that have led to very real concerns about its ability to provide heat and electricity when it gets deep into winter. Europe's rush to get off fossil fuels has driven energy costs to record-breaking levels. It has also left the entire continent more dependent on Russia for supply, and it's allowing Russia to spread its terrors with a build-up of troops along the border with Ukraine. Russia has taken advantage of this situation because it realizes that Europe can't afford to put sanctions on its energy sector. After all, that could mean Russia might cut off its supply.

At the same time, because of the shortages of traditional fossil fuels in places like Europe and China, they've been forced to burn even dirtier sources of fuel to keep their economies going and their lights on. The green energy benefit that they thought they would gain by closing down natural gas production fields and flipping to wind and solar and by canceling natural gas projects has actually led to a situation where they're burning dirtier fuels than they would have burned had there not been this obsession to shut down oil and gas usage, especially before they had viable replacements.

While wind and solar are going to be a big part of our energy future, the facts show that it is not ready for primetime. The world currently does not have the technology to replace oil and gas with wind, solar or other alternative energy sources. While we would all like to see the world get to net-zero emissions by 2050, the reality is that the path that we're on will make it almost impossible. The only thing we're succeeding in doing is raising the cost of traditional forms of energy and squeezing the poor and the middle class.