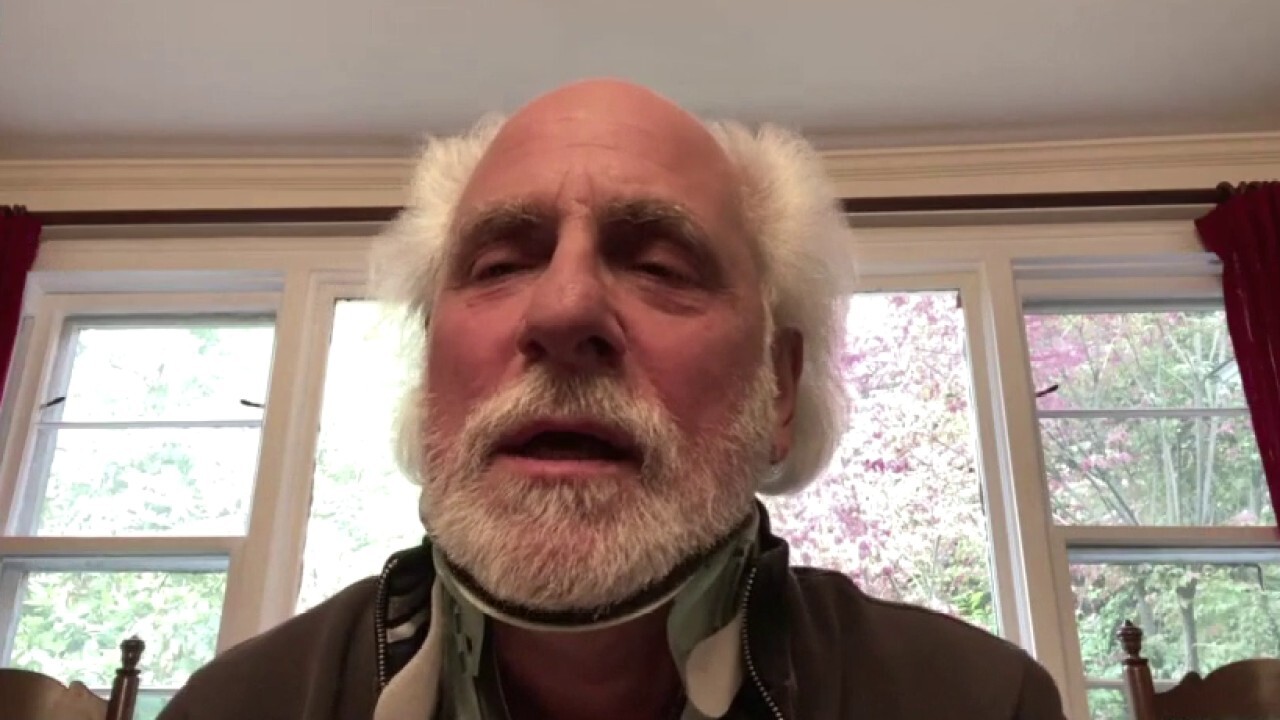 The New York Stock Exchange's most iconic stock broker, Peter Tuchman, told FOX News' Neil Cavuto that he is doing better after being diagnosed with COVID-19 in March but that there is still a long road to recovery ahead.

"I was sick from March through mid June, a three month bout with COVID that was substantial," Tuchman said on "Your World" Monday. "What ended up happening is I'm now being called one of the COVID long haulers as the symptoms have continued on so many different parts of my body and my health."

Tuchman explained that as a direct result of the coronavirus and the meningitis he had, his cervical spine collapsed. He underwent a medical producere to have his neck rebuilt on Aug. 12 and is currently wearing a neck brace.

"There are tens and thousands of people who have gotten the virus like myself, who have collateral and residual symptoms that are ongoing," he added. "So while I'm now eight months into this, I'm still suffering quite a bit with residual damage, having had this incredibly huge four level fusion on my neck as a direct result of the virus. So I think it's important people really need to take note that this is not a joke, it’s a beast."

Tuchman warned that there is "no direct playbook" for the virus, noting the disease can impact more just than a single area of an indivdual's body and that it has an “incredible capacity of dehydrating a number of organs" and affecting multiple organs.

Trader Peter Tuchman works ahead of the closing bell on the floor of the New York Stock Exchange (NYSE) on April 8, 2019 in New York City. (Photo by Johannes EISELE / AFP) (Photo credit should read JOHANNES EISELE/AFP via Getty Images)

The most photographed man on Wall Street said he was first symptomatic on March 17 and experienced flu-like symptoms over the following two to three days, including a spike in temperature and decreased oxygenation. He recalled "blips of positivity and feeling a little bit better" but said that within five days he proceeded to get worse with additional symptoms like a loss in his senses of tase and smell, "incredible headaches" and memory loss.

Tuchman added that he hopes President Trump, who was discharged from Walter Reed National Military Medical Center on Monday after undergoing treatment for the coronavirus, ends up having the "lighter version of this," but offered the advice that neither the president nor the American people should take the coronavirus lightly.

"We don't know about them, the treatment and the therapeutics he's undergoing, but from my experience, after five days of having the virus, the next 45 days were were quite a ride," Tuchman added. "So I wish him the best, but I need people to understand that the roller coaster, there's no particular way that this thing hits. The people I've been in touch with who have had the virus as I have a complete rollercoaster experience."

According to the latest update by Johns Hopkins University, there are more than 7.4 million confirmed coronavirus cases and more than 210,000 related deaths in the United States.