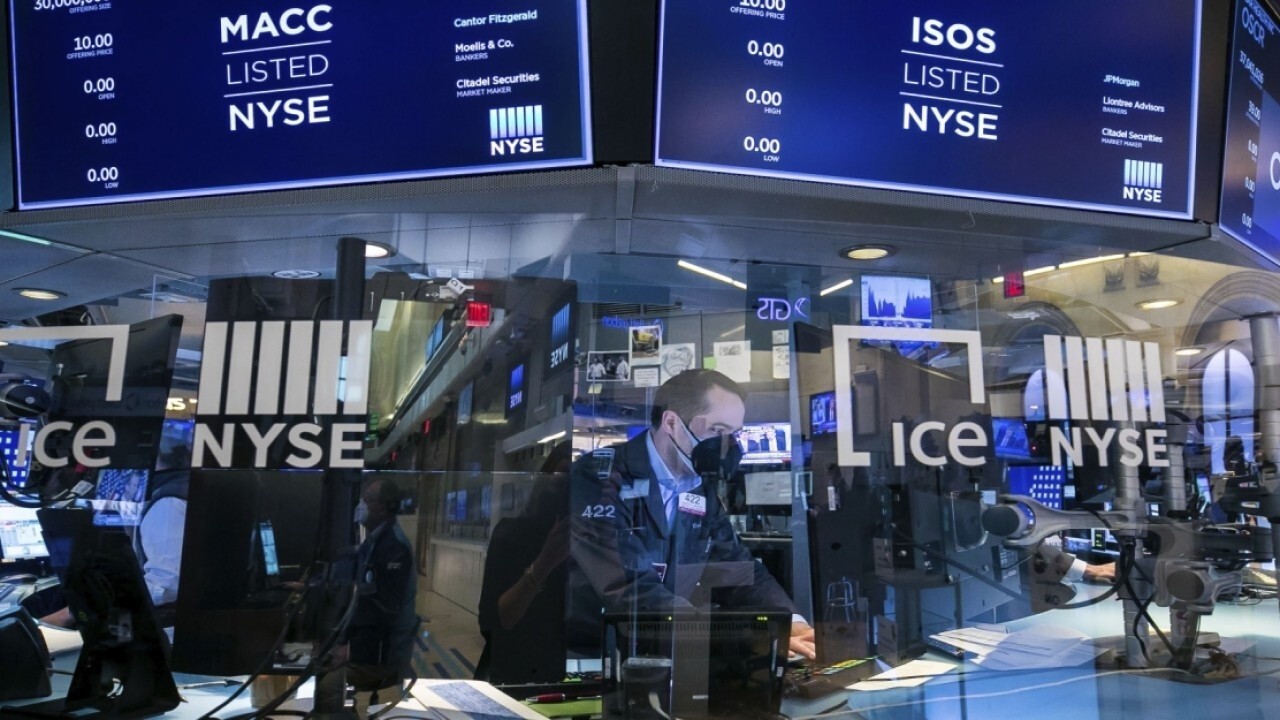 The New York Stock Exchange floor is grinding its way back into pre-pandemic form, FOX Business has learned.

In an internal memo sent out Monday afternoon, NYSE management highlighted several new policies that are set to go into effect in one week on May 10th. The new guidelines include loosening restrictions for traders, journalists and other floor personnel who have been fully vaccinated. The move comes as COVID-19 has begun to recede, particularly in New York City, which only a year ago was the epicenter of the pandemic in the United States, forcing wholesale closures of businesses and many big banks ordering most of their employees to work from home.

The memo describing the new covid protection protocols was first reported on "The Claman Countdown" on FOX Business.  Most importantly, the policies are designed to allow for a larger headcount on the floor, which has been largely bereft of people for the better part of a year, according to those with direct knowledge of the matter. The policies will also allow for the media to return to broadcasting from the floor.

CEO OF MAJOR NYSE TRADING FIRM ONCE SAID FLOOR SHOULD BE SHUT DOWN, NOW RAISING ISSUES

A NYSE spokesman had no comment on the memo.

Despite being open to traders since June 17, only around 150 of the usual 300 eligible traders have been working on the floor with many operating remotely. Some of the reduced headcount was a result of traders looking to avoid COVID exposure, as well as the NYSE's own restrictions on floor headcount. It is unclear from the memo how many traders will be allowed on the floor or how much the new protocols might increase capacity.

Under the new guidelines, firms will now be allowed to bring back all traders to the floor who have been fully vaccinated. The memo also notes that if booths become overcrowded, masks will be required irrespective of vaccination status.

According to the memo, members of the floor community who have been fully vaccinated will no longer have to take part in random COVID testing. These floor workers may also remove their masks at workstations while maintaining strict 6-foot social distancing rules. Eating will also be permitted in the booths.

Representatives from media outlets will also be allowed back onto the trading floor, with approval from the NYSE communications department and provided they abide by the building’s health and safety protocols, according to the memo. Those protocols include wearing a mask at all times while on the trading floor. Media personnel will be permitted to remove their masks while broadcasting in their designated, enclosed sets, the memo also stated.

NYSE has been planning to have the media return to the floor for several weeks now, as FOX Business first reported two weeks ago. In addition to FOX Business, the NYSE floor is home to several cable media outlets including CNBC, Cheddar, and Yahoo Finance.

All outlets except Cheddar, who has been taking up residence on the second-floor balcony, have been absent from the building since the March 2020 lockdown. This has resulted in the NYSE being largely absent from the usual business shows that use the floor as their studio and a symbol of Wall Street trading.

Now, with the imminent return of media and traders to the floor, the NYSE is close to returning to some kind of normalcy ahead of New York City’s official July 1st reopening date. It will join other major firms such as JP Morgan and Goldman Sachs which are ramping up their New York City workforces as the pandemic recedes.

COVID-19 cases in New York City have fallen 26% over the past week with the positivity rate falling below 2%, its lowest since early November, according to data from Johns Hopkins University.