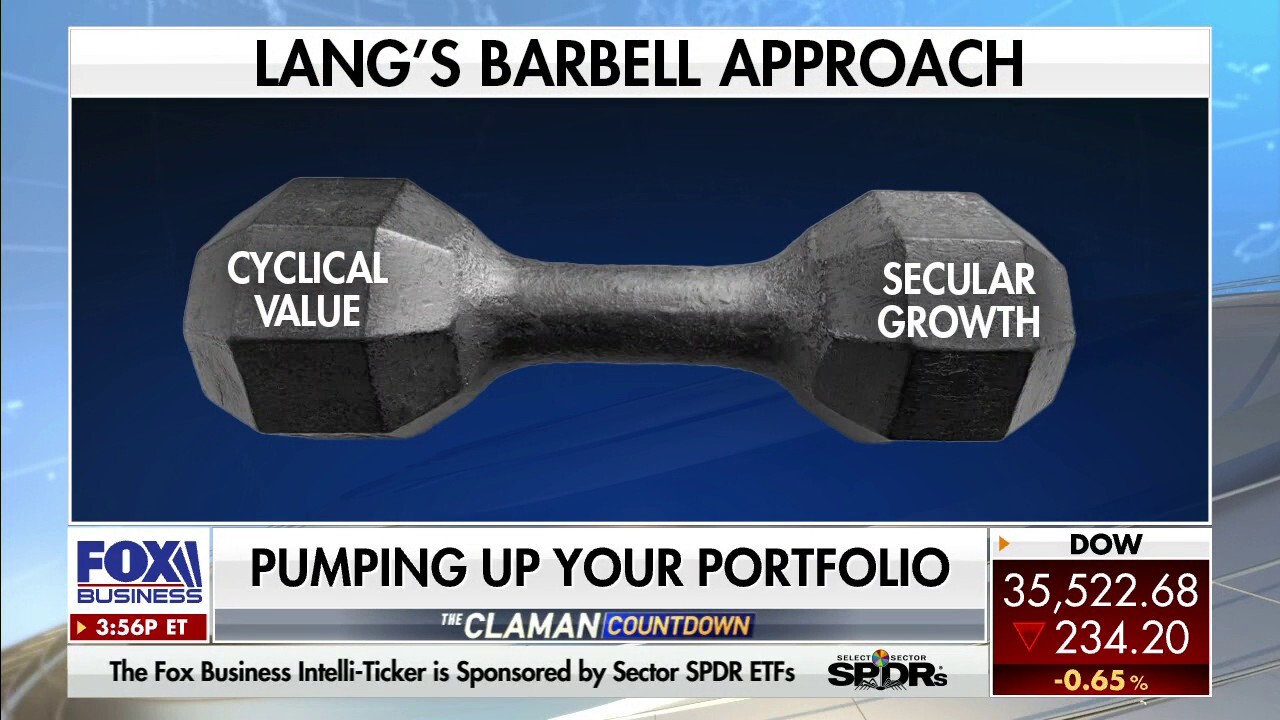 Inside the ‘barbell approach’ of cyclical value and secular growth stocks

Homrich Berg CIO Stephanie Lang breaks down how her barbell strategy applies in a volatile market.

U.S. stocks are hovering at record highs and those levels may keep climbing.

The S&P 500 and the Dow Jones Industrial Average gain an average of 3.4%, while the Nasdaq Composite about double at 6.3%.

"Seasonal tailwinds, improving market internals, and clear signs of a peak in the Delta variant all provide potential fuel for equities heading into year-end, and we maintain our overweight equities recommendation as a result," wrote Ryan Detrick, chief market strategist, LPL Financial, in a note to clients.

Detrick also notes the early October pullback, the first 5% of the year, has set stocks up for further new highs which played out this week. He advises further gains should be "embraced, not feared."

Other bullish signals he sees include the Dow Transports, which closely dictate the move of the Dow 30. These stocks have gained 13.7% this month, the best in about a decade. Also copper, the industrial metal considered an economic barometer, is up over 7% in October.

Another bull case for stocks? U.S. cash assets are sitting at a record $19 trillion, notes the team at Goldman Sachs led by David Kostin. They see some of this cash shifting into equities, adding "US ETF and mutual fund net inflows YTD are the highest in any year since at least 2001," the note explains.