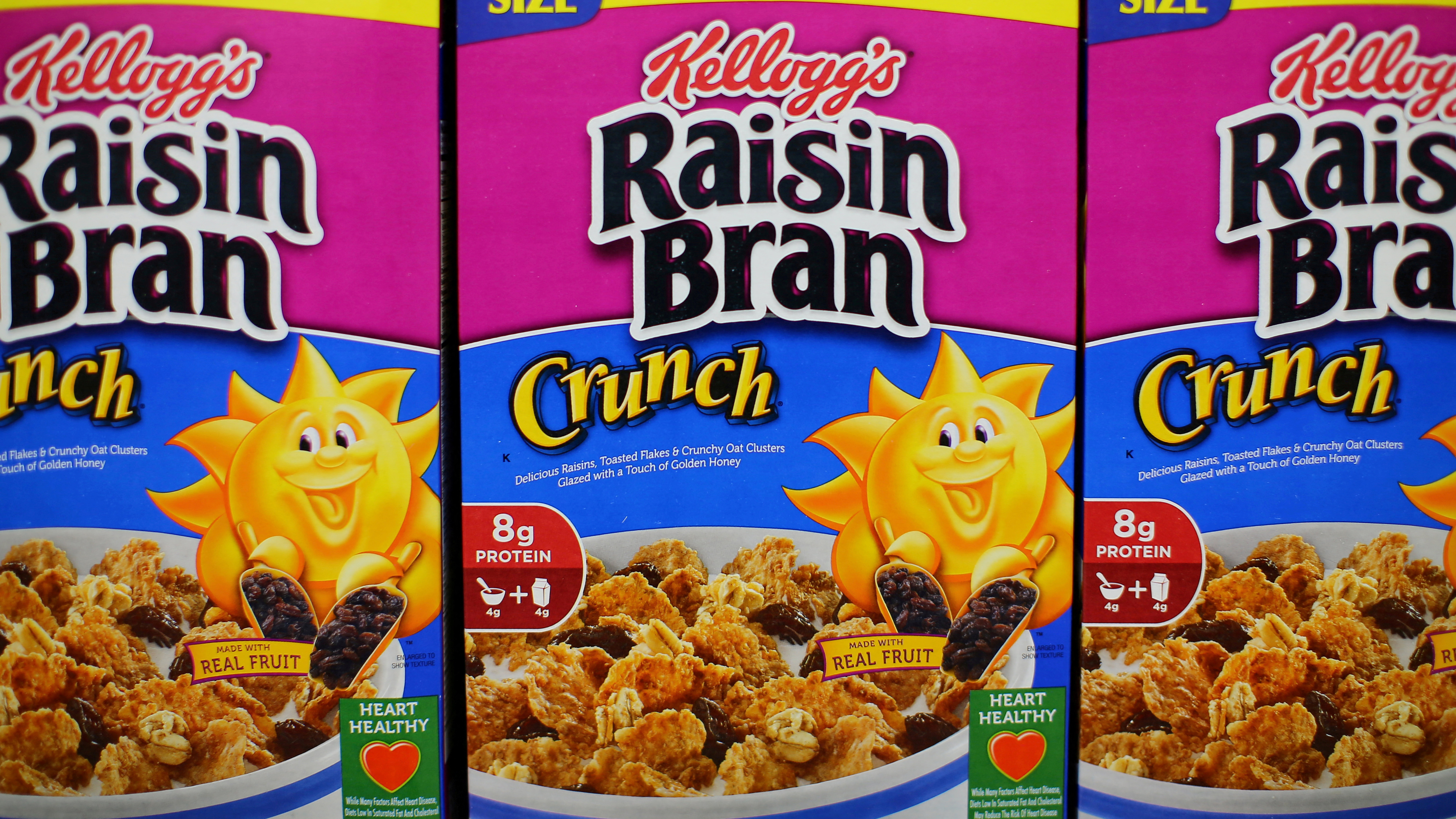 A new tentative agreement between Kellogg's and its striking workers will be put to a vote on Sunday.

The 1,400 cereal plant workers have been on strike since Oct. 5.

It is not the first time a tentative agreement has been reached. Earlier this month, union members turned down a possible deal.

The new offer put to members of the Bakery, Confectionary, Tobacco Workers and Grain Millers International Union includes cost-of-living adjustments and a $1.10 per hour raise for all employees.

A previous offer that included 3% raises but only some employees would have received cost-of-living adjustments was overwhelmingly rejected last week.

"We value all of our employees. They have enabled Kellogg to provide food to Americans for more than 115 years," Steve Cahillane, the Kellogg Co. chairman and CEO, said. "We are hopeful our employees will vote to ratify this contract and return to work."

The results of the contract vote are expected to be released Tuesday.

Union officials declined to comment Thursday on the details of the new five-year deal.

Kellogg’s said most workers at its cereal plants earned an average of $120,000 last year, although union members have said they work more than 80 hours a week to earn that, and those wages are only available to longtime workers.

That pay system has been a sticking point during the negotiations, and Kellogg’s offer didn’t change on that part of the contract. The company has said it will allow all workers with at least four years of experience move up to the higher legacy pay level as part of this contract.

Union officials previously said that plan wouldn’t let other workers move up quickly enough. The company has also proposed eliminating the current 30% cap on the number of workers at each plant who receive the lower wages.

Throughout the strike Kellogg's has been trying to keep its plants operating with salaried employees and outside workers, and the company said late last month that it planned to start hiring permanent replacements for the striking workers.