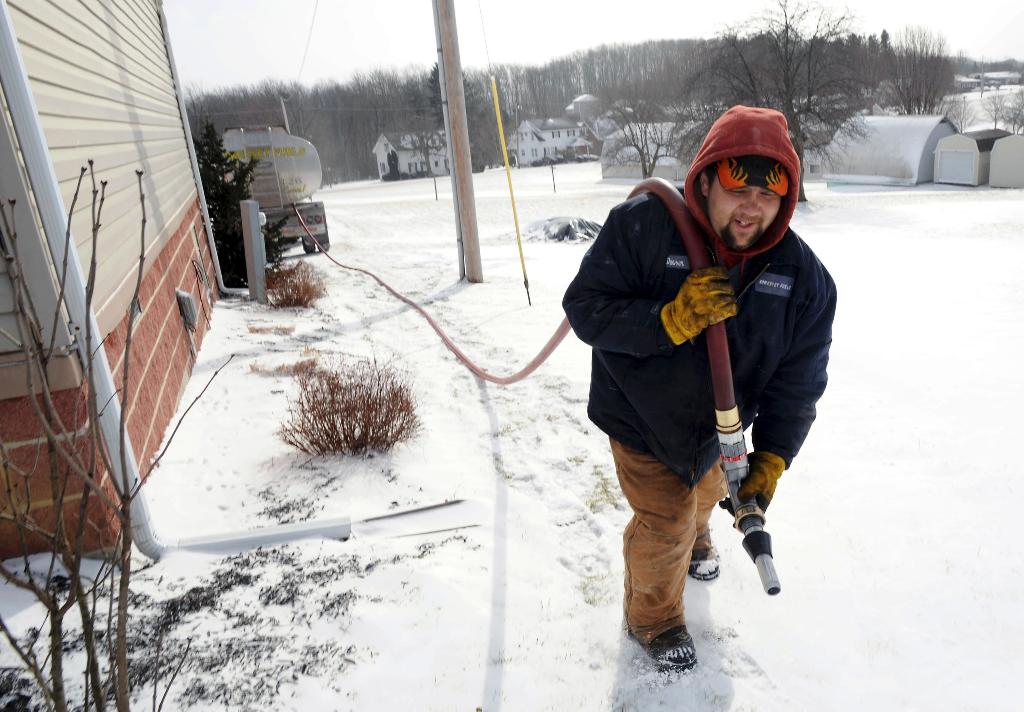 Arthur and John Stewart, with Cameron Energy, warn they 'won't survive' amid a push from the Biden administration for more oil and gas regulations.

There is a real energy crisis in Europe that was created by a combination of political missteps, climate change fear-mongering and a woke energy policy that could leave much of Europe and Asia undersupplied as they head into winter.

It is also a foreshadowing of what may happen in the U.S.

Oil topped the $75 per barrel level this week, the highest since October of 2018. Instead of learning from the mistakes that Europe made, we instead want to copy their failures and put our economy and people's lives at risk. The Biden administration had better heed the warning signs and call on the U.S. energy industry to try to raise production ahead of what could be one of the most expensive winters that we've seen in years. If not, they risk destroying the U.S. economy and leaving poor people out in the cold.

WHY COFFEE PRICES ARE SOARING

The sharp rise in energy prices is already feeding into red hot inflation pressures. The inability to secure supplies of natural gas and propane could have dire consequences for the economy. With some weather forecasters predicting a very cold winter, there's the possibility that here, in the United States of America, we could see prices for heating fuels double and triple. We potentially could see shortages in parts of the country unless the Biden administration treats this as the emergency that it is. Supplies of energy need to be built up and built up quickly.

The U.S. Energy Information Administration (EIA) has reported the crude supplies are 8% below the five-year average, and the country needs to restock crude supplies if we have a chance to meet the demand that will be rising in the winter. Distillate inventories that include things like heating oil are 14% below the five-year average. That is a huge deal. Because of the shortages of natural gas and propane around the globe, countries will look more to oil and distillate fuels to keep factories running and the heat on. Propane inventories are at a dangerously low level of 21% below the five-year average. This is almost unheard of for supplies of propane to be this low at this time of year, and this is a real danger, especially to rural America, which depends on propane.

Europe made very bad decisions in its rush to get more carbon-neutral without thinking of the longer-term consequences. Its leaders also made a huge mistake relying more on Russia and their state-owned oil company Gazprom to supply Europe with natural gas. They didn't remember Russia's track record of withholding supplies from places like the Ukraine and Yugoslavia and its tendency to use energy as a political weapon. Now Europe and the United States are accusing Russia of manipulating natural gas supplies for their own benefit. Russia is rebuilding its inventories while allowing the rest of Europe’s inventories to fall, putting them at a distinct economic and geopolitical disadvantage going into winter.

These shortsighted decisions by Europe caused the price of natural gas to go to record highs, and that is now the equivalent of $150.00 for a barrel oil. This is hurting their economy and is causing factories and fertilizer plants to shut down, which is therefore causing shortages of goods that would normally be made with oil and natural gas in those shutdown factories. They have shortages of CO2 that puts the fizz in your soda and is used in agriculture for meat production and used to cool nuclear plants.

If this situation gets worse, it may impact the supplies of food and shortages of thousands of petroleum-made products that everyone uses every day but takes for granted. For example, everything made with plastic, nylon, steal. The list goes on and on.

Imports of oil from Russia to the United States have hit all-time highs. We are more reliant on Russia because we cannot get as much supply from our oil producers here in the U.S.. Biden’s drilling moratoriums, discouragement of investment in the U.S. oil and gas sector, as well as the demonization of the oil and gas industry, are putting the U.S. on the verge of an energy crisis at home unless action is taken now.