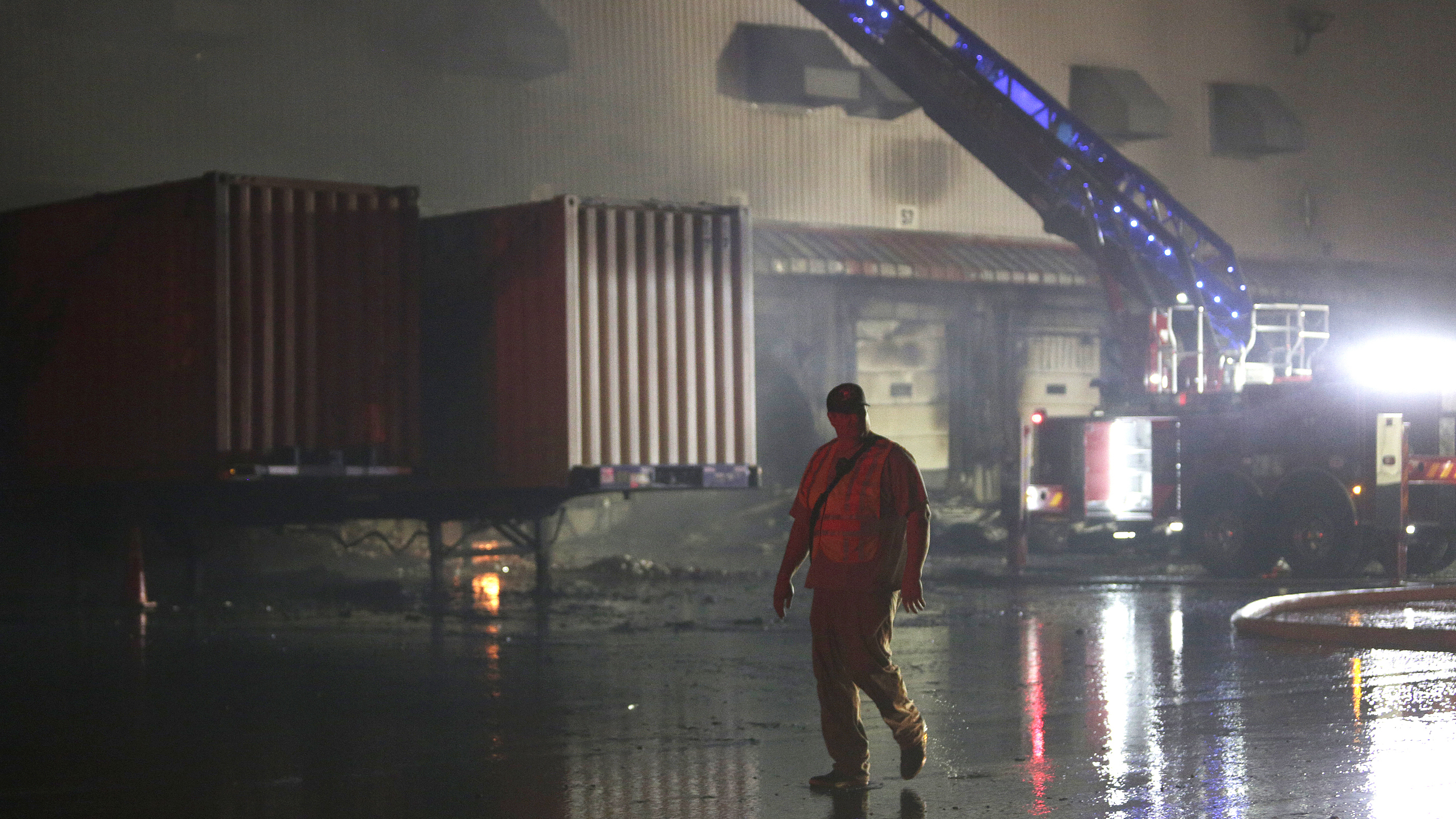 A fire ripped through a distribution center in North Carolina for the QVC home-shopping television network early Saturday, causing extensive damage to the facility, officials said.

More than 300 employees were working at the facility near Rocky Mount when the fire was reported shortly after 2 a.m., The News & Observer reported. No injuries were immediately reported.

QVC representatives reported that all employees safely evacuated the warehouse and were accounted for except for one who hadn't contacted family yet, according to Edgecombe County Manager Eric Evans. Earlier Saturday, Evans had said all of the center's employees appeared to be accounted for.

Firefighters work on cleanup after a fire ripped through a distribution center for the QVC home-shopping television network in Rocky Mount, N.C. on Saturday, Dec. 18, 2021. More than 300 employees were working at the facility when the fire was report ((AP Photo/Tom Copeland) / AP Newsroom)

QVC said in a subsequent statement that it was working with local authorities to confirm the safety of all employees and contractors at the site. It said it had close to 2,000 "team members" working at the complex, spread over three shifts.

Evans said a "main section" of the 1.2 million-square-foot (365,000-square-meter) facility appears to be destroyed. Crews from nearly 45 fire departments were still fighting the blaze more than 12 hours after it began.

"They're working very hard to try to protect the remainder of that building," Evans said. "Significant loss, but we're very hopeful that it's not a total loss and that they'll be able to rebuild here."

The cause of the fire remains under investigation, according to Evans.

QVC tweeted a statement about the fire on Saturday, saying, "We are currently focused on our team. As we work to understand the full impact of this incident, including any impact to shipping and delivery, we’ll share further details."

QVC. Inc. is based in West Chester, Pennsylvania, and is a wholly owned subsidiary of Qurate Retail Inc.

The Rocky Mount Area Chamber of Commerce posted a Facebook message that said up to 2,500 families would be affected by the fire.