In a "60 Minutes" interview with Scott Pelley on Sunday, Federal Reserve Chairman Jerome Powell predicted the economy would "decline substantially" in the second quarter, as much as four times compared to the previous year.

"It's going to be a sharp decline by any measure. And, really, without precedent." Powell said.

Powell noted that economic contraction was not because of an inherent problem with the financial system, but rather to protect ourselves from the coronavirus pandemic.

"This is not because there was some inherent problem, a housing bubble or something like that or the financial system in trouble. Nothing like that," Powell said. "The economy was fine. The financial system was fine. We're doing this to protect ourselves from the virus. And that means that when we do that, when the virus outbreak is behind us, the economy should be able to recover substantially. And I expect that it will recover substantially, but that it will take some time."

He did, however, acknowledge that the shrinkage of second quarter GDP could "easily be in the twenties or thirties."

US GDP COULD SINK OVER 40%: ATLANTA FED

The third quarter is where Powell hopes everything will turn around.

Powell stressed that he does not expect to immediately get right back to where we were when the economy shut down.

He did say, however, that if we can stay on the road to recovery long enough, we should return to "normal levels of unemployment and activity" by the second half of the year.

If a second wave of coronavirus infections surge after reopening the economy, Powell warned we would have to "reintroduce the social distancing measures", which would be "quite damaging to the economy and also to public confidence." Whether that happens or not depends entirely on how well the public follows social distancing guidelines.

"The reason that cases have gone down and are declining is because people have been in their homes and not in their businesses and not out among crowds," Powell said. "If we go back without observing the right protective measures, then it's possible, the experts say, that we would have a second wave. And that would be very damaging to have to reintroduce the measures and slow the economy down again."

Powell also pointed out that just adhering to social distancing guidelines may not be enough to help the economy recover.

"It may well be that the Fed has to do more. It may be that Congress has to do more. And the reason we've got to do more is to avoid longer run damage to the economy," Powell said. "If we let people be out of work for long periods of time, if we let businesses fail unnecessarily, waves of them, there'll be longer term damage to the economy. The recovery will be slower. The good news is we can avoid that by providing more support now."

On Friday, House lawmakers approved a Democratic proposal to provide an additional $3 trillion in coronavirus relief that would include a new wave of help for state and local governments, workers and families.

"This is a very strategically planned piece of legislation that is tailored strictly to meet the needs of the American people regarding the coronavirus pandemic," House Speaker Nancy Pelosi, D-Calif., said on the House floor ahead of the vote. "To do anything less would not be responsible."

Passage of the bill in the Senate may be more of an uphill battle, as Senate Republicans have declared the relief package dead on arrival, insisting that it isn't narrow enough and is pushing a partisan agenda. 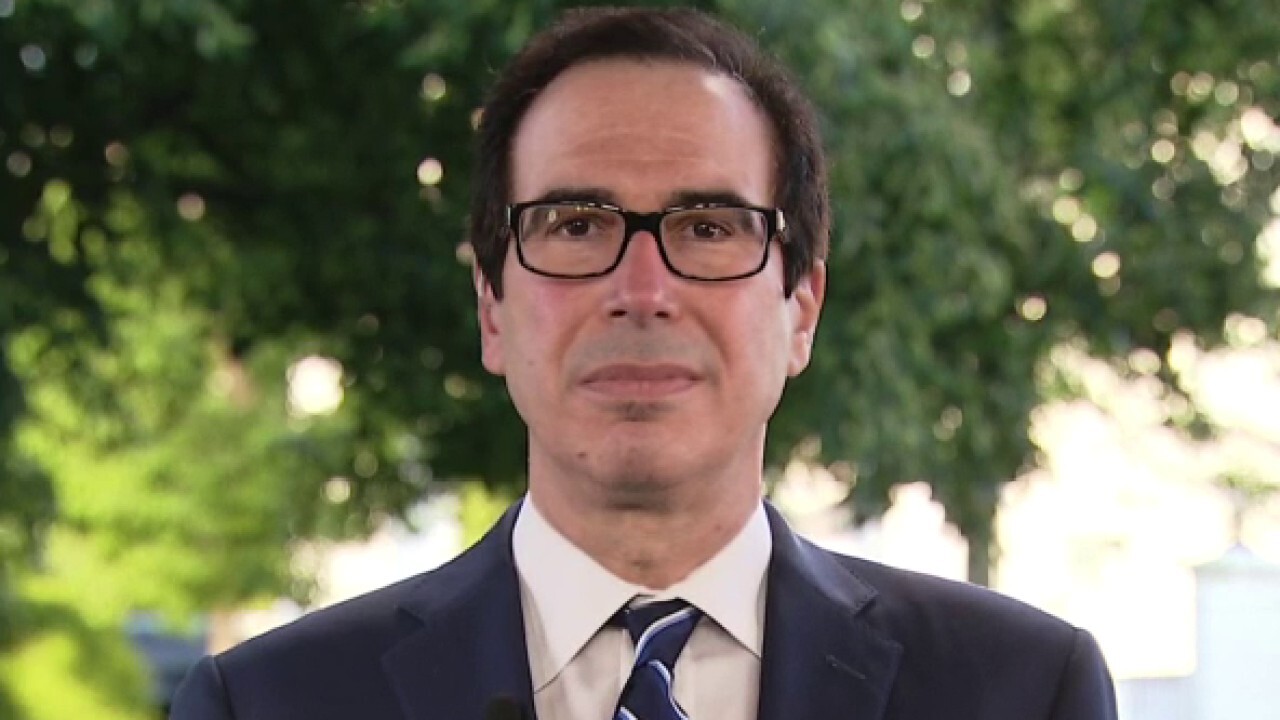 "American workers and American business should know we're doing everything we need to do," Mnuchin said. "If we need to spend more money down the road, we'll come back and do that. We're not in a rush to do that this week or next week, we're going to take our time. This is taxpayer money and we're going to spend it very carefully."

Mnuchin added that additional funding for struggling businesses would be made available through the Main Street Lending Facility.

While Powell warned that this pandemic has created "a time of great suffering and difficulty," he wouldn't advise betting against the American economy bouncing back.

"In the long run, and even in the medium run, you wouldn't want to bet against the American economy. This economy will recover...It may take a while. It may take a period of time. It could stretch through the end of next year. We really don't know," Powell said. "What we can do is the part of it that we can control -- is to be careful as businesses go back to work. And each of us individually and as a group, you know, take those measures that will protect ourselves and each other from the further spread of the virus."