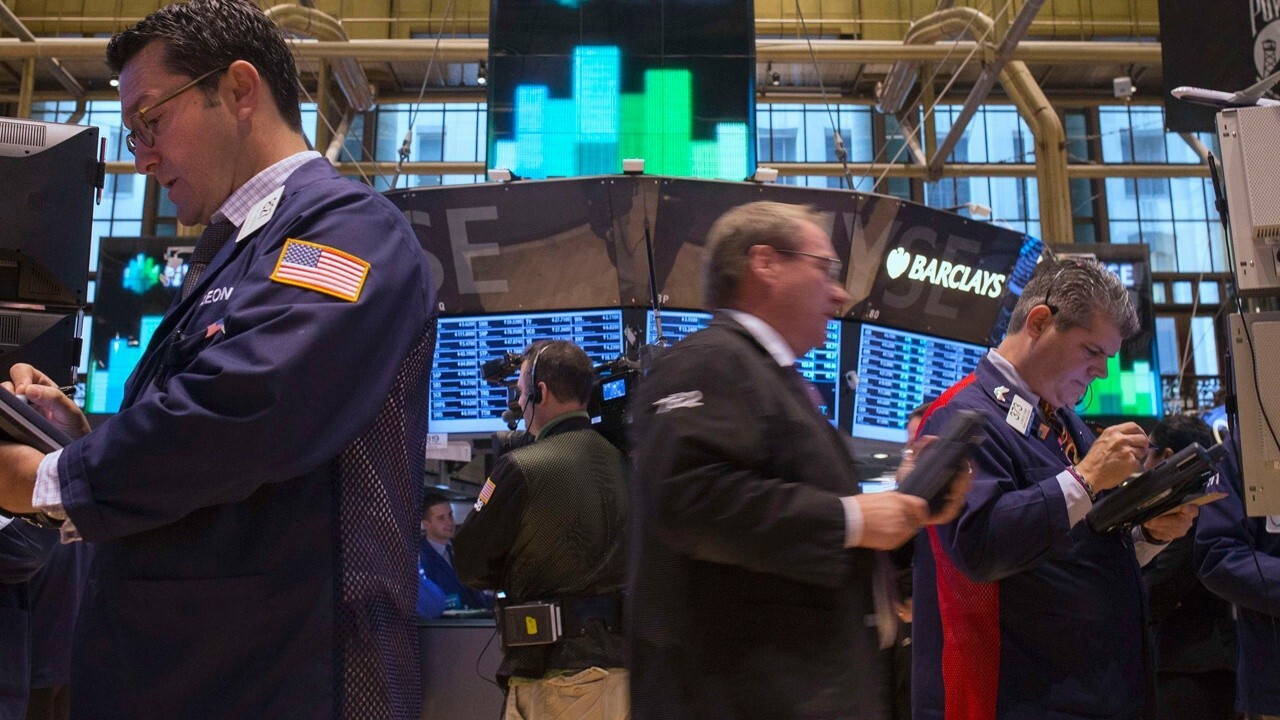 Hodges Capital Management founder Craig Hodges on his outlook for the market amid inflationary pressures and labor shortages.

Disney shares jumped more than 5% in the premarket after the entertainment giant surpassed Wall Street expectations, posting a quarterly profit of $923 million, or 50 cents per share, compared to a loss of $4.7 billion, or $2.61 per share, a year ago.

Disney's content slate through the end of 2021 includes Beatles documentary series "Get Back" and television shows such as Marvel's "Hawkeye," starring Jeremy Renner and Hailee Steinfeld, "Star Wars: The Mandalorian" spin-off "The Book of Boba Fett," and National Geographic's "Welcome to Earth" with Will Smith. It will also release films including "Free Guy," starring Ryan Reynolds, on Friday, Marvel's "Shang-Chi and the Legend of the Ten Rings," starring Simu Liu, on Sept. 3, Walt Disney Animation Studios' "Encanto" on Nov. 24, Steven Spielberg's live-action musical version of "West Side Story" on Dec. 10, and prequel "The King's Man" on Dec. 22.

In 2022, Disney will release Marvel's "Eternals," "Dr. Strange and the Multiverse of Madness," "Thor: Love and Thunder" and "Black Panther 2: Wakanda Forever" as well as a new installment in the Indiana Jones franchise and "Lightyear," a spin-off of the Toy Story franchise.

"We’ve only just begun our journey and as I think you see what’s really going to make the difference for Disney is our spectacular content, told by the best storytellers, against our powerhouse franchises," Chapek told analysts on the company's third quarter earnings call.

Disney estimates a total addressable streaming market of 1.1 million households across the globe.

While Disney has experimented with both streaming-only and hybrid release models on films like the live-action "Mulan," Pixar's "Soul," Walt Disney Animation's "Raya and the Last Dragon," "Cruella," Marvel's "Black Widow" and "Jungle Cruise," "Shang-Chi" will have an exclusive 45-day theatrical release before premiering on Disney+.

"The prospect of being able to take a Marvel title to the service after going theatrical with 45 days will be yet another data point to inform our actions going forward on our titles," Chapek said.

At the same time, Chapek defended the hybrid release of titles like "Black Widow" and "Jungle Cruise", calling it a "winning strategy" that has offered consumers choice. Black Widow earned a total of $215 million globally in its opening weekend, including $60 million from streaming, while Jungle Cruise earned $90 million in its global opening weekend, including $30 million from streaming.

Black Widow's star, Scarlett Johansson, recently filed a lawsuit against the company alleging her contract was breached by the film's release through Disney+ Premiere Access. The suit claims Disney’s Marvel Entertainment guaranteed an exclusive theatrical release with her bonuses based on the movie’s box-office performance. Disney has said Johansson's lawsuit has "no merit".

"These films were really conceived under a time when we did not know what was going to be happening with consumer behavior three, four years later and certainly didn't know about it at the time," Chapek told analysts. "As the business has evolved and transformed, we've figured out ways to fairly compensate our talent so that no matter what the business model is that we have to go to market with, everybody feels satisfied."

"I will say that since it has begun, we've entered into hundreds of talent arrangements with our talent," he added. "And by and large, they've gone very, very smoothly. So we expect that would be the case going forward."

Chapek emphasized that the release decisions are made on a film-by-film basis based on market conditions and consumer behavior.

As for the Parks Experiences, and Products segment, revenue came in at $4.34 billion, compared to $1.06 billion a year ago, with total operating income of $356 million. As of the end of the third quarter, all of Disney's theme parks across the globe have reopened at reduced capacities.

Domestic theme parks brought in $2.65 billion in revenue and a $2 million operating profit while international theme parks brought in $526 million in revenue and a $210 million operating loss. The consumer products segment posted revenue of $1.16 billion and operating income of $564 million. Much of the consumer products segment's growth came from higher revenue with merchandise based on Mickey and Minnie, Star Wars, Disney princesses and Spider-Man.

Revenue for Disney's Parks Experiences, and Products segment, came in at $4.34 billion, compared to $1.06 billion a year ago, and total operating income of $356 million as all of its theme parks across the globe have reopened at reduced capacities as (Matt Stroshane/Walt Disney World Resort via Getty Images / Getty Images)

While Chapek acknowledged the uncertainty posed by the coronavirus pandemic as cases rise globally, Disney continues to see strong demand for its theme parks, with current reservations above third quarter attendance levels.

Disney did not offer an update on its full year guidance. However, the company expects to incur approximately $1 billion in costs through the end of fiscal 2021 to address government regulations and implement safety measures for its employees, talent and guests.