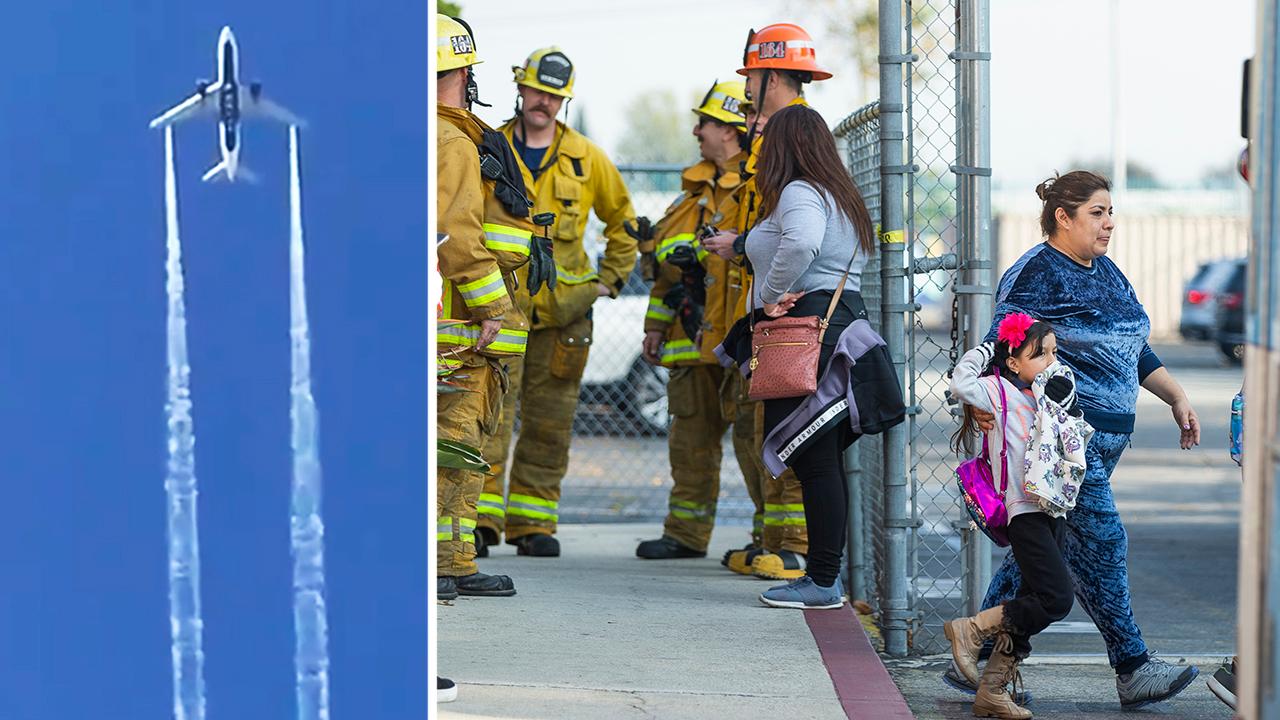 School children in Los Angeles speak out after the scary incident; Jonathan Hunt reports on what happened.

KANSAS CITY, Mo. (AP) — A plane slid off the taxiway at Kansas City International Airport on Friday due to icy conditions that also have closed schools, universities and government offices as a sprawling winter storm hits large sections of the Midwest and beyond.

The Delta Airlines A319 was taxiing from the terminal when the nose wheel dropped off the taxiway pavement, KMBC-TV reports that airport spokesman Joe McBride said. There were no known injuries on that flight, officials said.

The closures come after the National Weather Service issued winter weather advisories, saying the storm will create hazardous travel conditions from the Plains into the Northeast through the weekend. Snow is forecast over much of the Great Lakes, with a blizzard warning for parts of the Upper Midwest.

In South Dakota and Minnesota, dozens of schools canceled classes Friday ahead of snowfall expected during the day.

In Kansas Gov. Laura Kelly closed state offices in the Topeka area, urging people in a news release to “stay safe and warm, exercise caution and allow road crews to do their job."