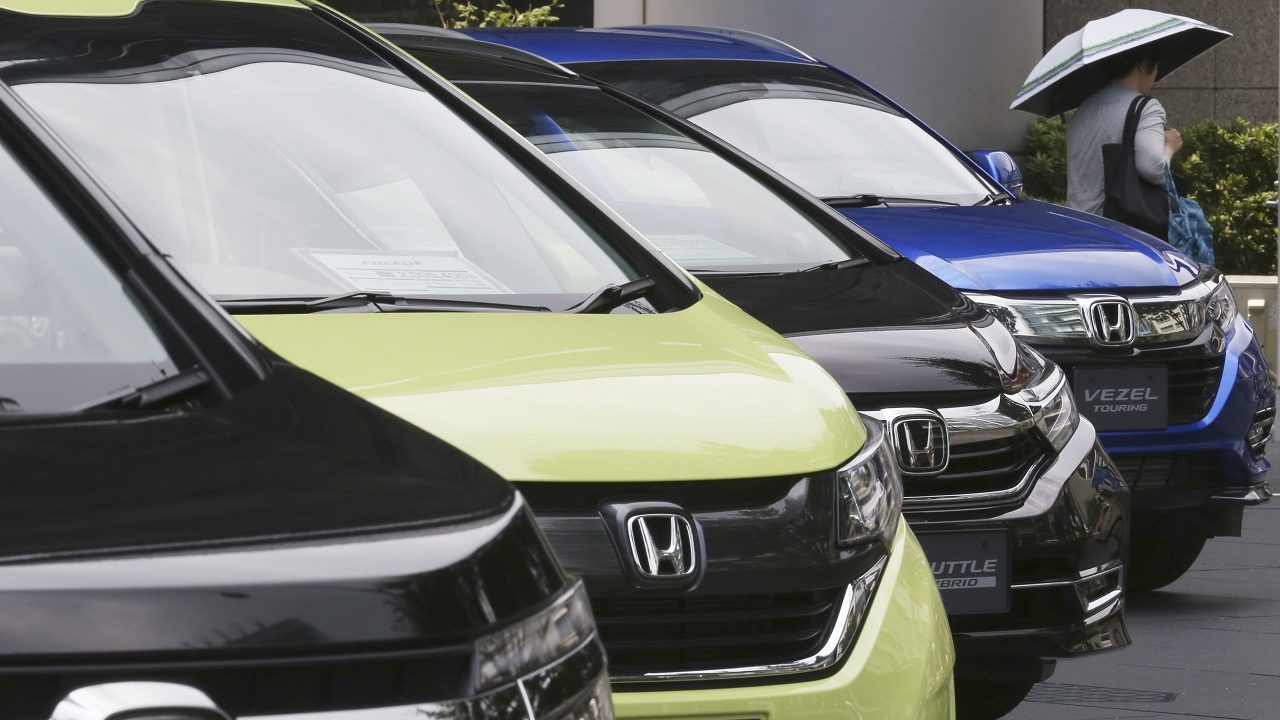 TOKYO (AP) — Japanese automaker Honda Motor Co. sank deeper into losses for the fiscal quarter that ended in March, as the damage to the industry from the coronavirus outbreak hurt sales and crimped production.

The maker of the Odyssey minivan and Asimo robot had reported a 13 billion yen loss for the same period in 2019, when it was hurt by various expenses and an unfavorable exchange rate.

FILE - In this July 31, 2019, file photo, Honda cars are displayed at the automaker's headquarters in Tokyo. (AP Photo/Koji Sasahara, File)

Honda, which also makes motorcycles, did not provide forecasts for the current fiscal year because of uncertainties caused by the pandemic.

It said it will give projections as soon as possible. The last time Honda was unable to provide any annual forecast was after the March 2011 tsunami, quake and nuclear disaster that hit northeastern Japan, where Honda had production plants.

"Honda has faced serious problems before, and Honda has overcome them before. We will do it again, working as a team at Honda," President Takahiro Hachigo told reporters.  Honda's production has resumed in the U.S. and China, but still stopped in some places in Asia, as well as Mexico and Brazil.

Japan's top automaker logged a net profit of 63.1 billion yen ($590 million) for the quarter ended in March, nose-diving 86% from the year before.

Nissan Motor Co., whose fortunes have been rocky since its former Chairman Carlos Ghosn was arrested and then escaped to Lebanon while awaiting trial, reports financial results later this month.