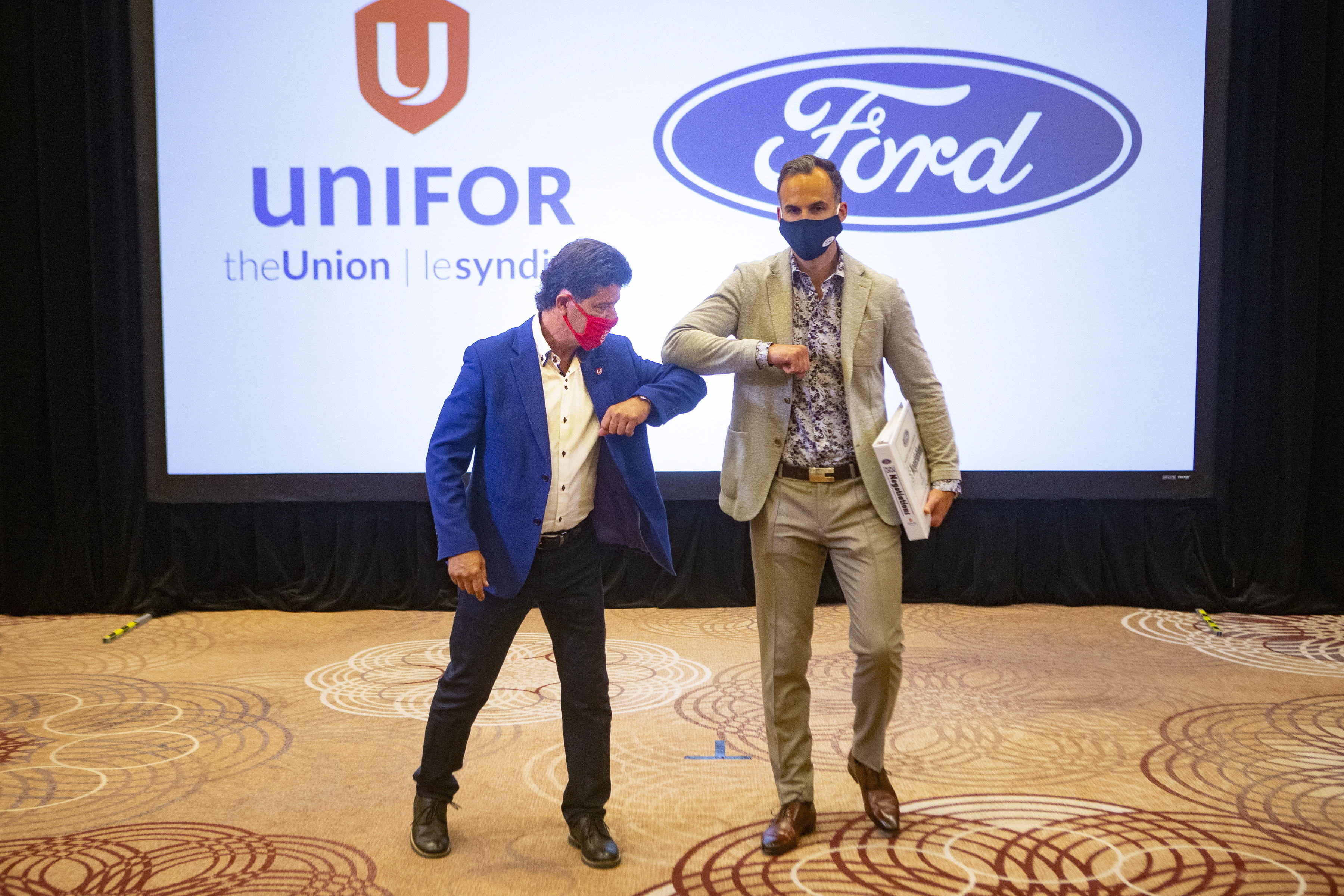 The union representing Canadian auto workers says it has reached a tentative three-year contract deal with Ford to build five new electric vehicles at a factory near Toronto.

Most of the money will go to an assembly plant in Oakville, Ontario. The first electric vehicle will start rolling off the assembly line in 2025 with production of the fifth starting in 2028.

The Oakville plant’s current products, the Ford Edge and Lincoln Nautilus, will go out of production in 2023.

Engine plants in Windsor, Ontario, also will get a new 6.8-liter engine. Dias says the deal includes assembly of batteries for the new electric vehicles.

Workers will vote on the agreement on Sunday, Dias said.

Fiat Chrysler is next up for the negotiations followed by General Motors. Dias says he's confident in reaching agreements with both, but says the talks will be difficult.