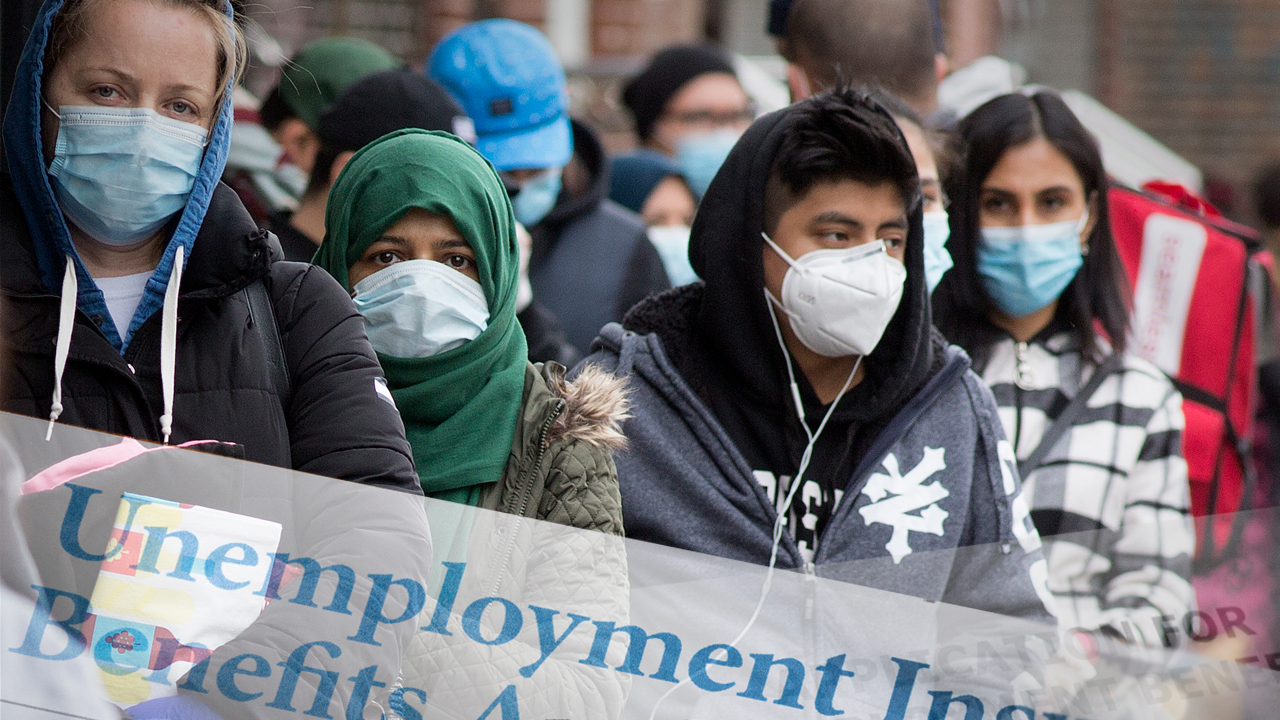 Business economists expect the United States to suffer its worst downturn this year in more than seven decades before growth resumes sometime next year.

Overhanging that forecast, though, is the risk that a second wave of the coronavirus could threaten the economy once again.

A survey released Monday by the National Association for Business Economics predicts that the gross domestic product — the total value of goods and services produced in the United States — will fall 5.9 percent for 2020 as a result of the recession triggered by the virus. That would be the sharpest annual decline since GDP fell 11.6 percent in 1946, when the nation was demobilizing after World War II.

The NABE panel of 48 forecasters expects the 5 percent annual GDP drop that occurred in the January-March quarter to be followed by a record 33.5 percent annual plunge in the current April-June quarter. Yet the NABE panel foresees economic growth returning in the second half of the year, with strong annual expansions of 9.1 percent in the July-September quarter and 6.8 percent in the October-December quarter. Even so, those gains would fall far short of making up for the dizzying economic contraction in the first half of this year.

In 2021, the panel forecasts GDP growth of 3.6 percent. But not until at least the second half of next year, according to an overwhelming majority of the forecasters, will the economy recover all its lost output from the recession. If a second eruption of viral infections were to occur, though, it would likely take much longer.

“Eighty-seven percent of panelists view a second wave of COVID-19 as the greatest downside risk through 2020,” added Eugenio Aleman, an economist for Wells Fargo and the chair of the outlook panel. He noted that 51 percent of the economists regard the potential discovery of an effective vaccine as offering the biggest upside potential for the economy.

The new forecast represents a sharp downgrade from the NABE panel's previous survey results, which suggested that the economy would grow 1.8 percent in 2020. That forecast was made in December, long before the coronavirus struck with force in March, ending the longest economic expansion in U.S. history. In 2019, the economy had grown 2.3 percent.

GOVERNMENT JOB LOSSES ARE PILING UP, AND IT COULD GET WORSE

Congress has allocated $3 trillion in economic support to try to cushion the impact of a recession stemming from stay-at-home orders that forced restaurants and other businesses to close and lay off millions of workers. And the Federal Reserve has slashed its benchmark interest rate to near zero and deployed $2 trillion in support to keep the financial system from freezing up.

Nearly two-thirds of the NABE panel say they think the Fed’s policy rate will remain where it is, in a range of zero to 0.25 percent, through the end of next year.

The panel forecast that the monthly unemployment rate will average 10.9 percent this year, the highest level on records dating to 1948. The government did report Friday that unemployment fell unexpectedly to 13.3 percent in May, lower than the 14.7 percent in April, but still well above a half-century low of 3.5 percent unemployment in February.

The business economists projected that all the government support spending would swell the federal budget deficit to a record $3.4 trillion this year, compared with their December forecast for a much smaller deficit of $1.08 trillion this year.