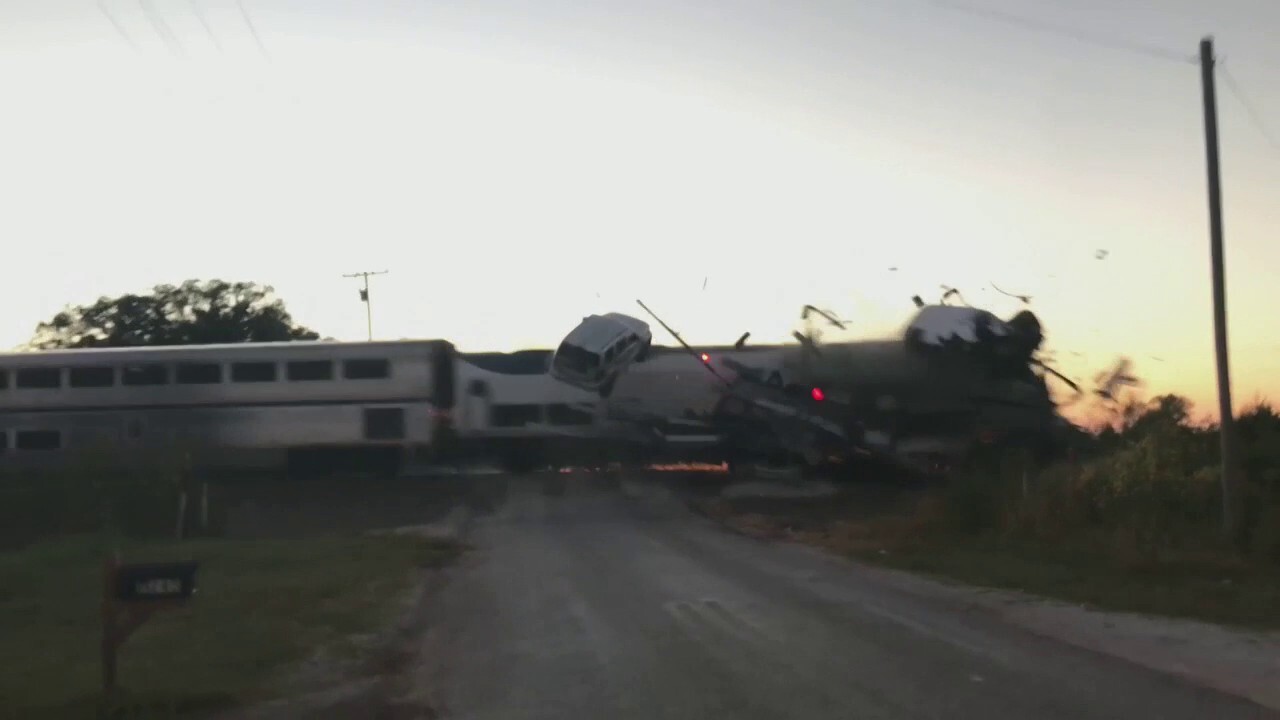 An Amtrak train collided with a semi-truck hauling cars in Oklahoma on Friday, leaving four train passengers with minor injuries.

An Amtrak train collided with a semi-truck hauling multiple cars in Oklahoma on Friday, sending vehicles hurling into the air and injuring four passengers on board the train, authorities said.

The train was traveling from Fort Worth, Texas, to Oklahoma City when the crash happened around 7 p.m. near Thackerville in Love County, located near the Texas-Oklahoma border, FOX25 Oklahoma City reported.

A bystander recorded dramatic video of the collision, which appeared to show that the semi-truck had become stuck on the tracks at a train crossing. The video shows the gates had dropped on top of the semi before the oncoming train smashed through the truck, sending vehicles and debris soaring through the air.

The Love County Fire Department shared photos from the scene showing several crushed vehicles and damage to the exterior and interior of the train.

An Amtrak train smashed through a semi-truck hauling multiple cars in Oklahoma on Friday. The front of the train locomotive derailed in the accident, authorities said. (Fire Department Love County)

Four passengers aboard the train suffered minor injuries, an Amtrak spokesperson told FOX25. The train was carrying 110 passengers at the time of the crash.

The driver of the semi-truck and his dog were "shaken up" but were uninjured, the Love County Sheriff's Office said in an update on Facebook.

The fire department said the semi-truck had become stuck on the tracks at the time of the accident. The crash caused the front of the train locomotive to detail, which resulted in slight damage to parts of the rail bed.

Authorities are continuing to investigate the incident.