According to the New York Post, the power couple is looking outside their beloved Patriots country including in Greenwich, Connecticut and Alpine, New Jersey. 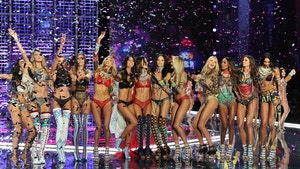 Superstar performances and the world's most successful supermodels may not be able to save the show, according to the last 10 years of ratings.

Houses in Alpine range from $699,000 to a whopping $59 million for a mansion on a 27-acre estate, once owned by industrial tycoon Henry Frick. If the couple moved there, their neighbors would include Chris Rock, P Diddy, Lil' Kim and Mary J Blige. Stevie Wonder and Wesley Snipes used to live there, but Snipes failed to pay taxes on his $8 million Alpine pied-a-terre.

Greenwich homes fall between $2 million and $10 million-plus, roughly, for estates, according to Bloomberg.

The couple currently has a home at 70 Vestry Street in New York City’s Tribeca, but are reportedly seeking a more spacious house with room for their two children and dogs to enjoy.

They plan to keep their five-bedroom Tribeca home, which was purchased for $25.5 million. The couple apparently was taken with the apartment’s 12th-floor balcony and loved the significance of "12" -- Brady's jersey number.

Their neighbors in the New York City building include NBA star Kevin Love and Formula One racing champ Lewis Hamilton, who bought the penthouse for $40.7 million.

MIAMI, FL - DECEMBER 09: Rob Gronkowski #87 of the New England Patriots looks on against the Miami Dolphins at Hard Rock Stadium on December 9, 2018 in Miami, Florida. (Photo by Michael Reaves/Getty Images)

Brady and Bündchen also own a 5.2-acre property in the Brookline-Chestnut Hill, Massachusetts area for $4.5 million. The custom-designed, 14,317 square-foot home is just a few miles from Gillette Stadium, where the Patriots play. They also once owned a massive mansion in Brentwood, California with solar panels and a chicken coop, when they were first married.

Brady is set to start his 20th season in the NFL this fall and there are rumors he may retire next year – possibly to New York?