Consistently talking about inflation contributes to it: Expert 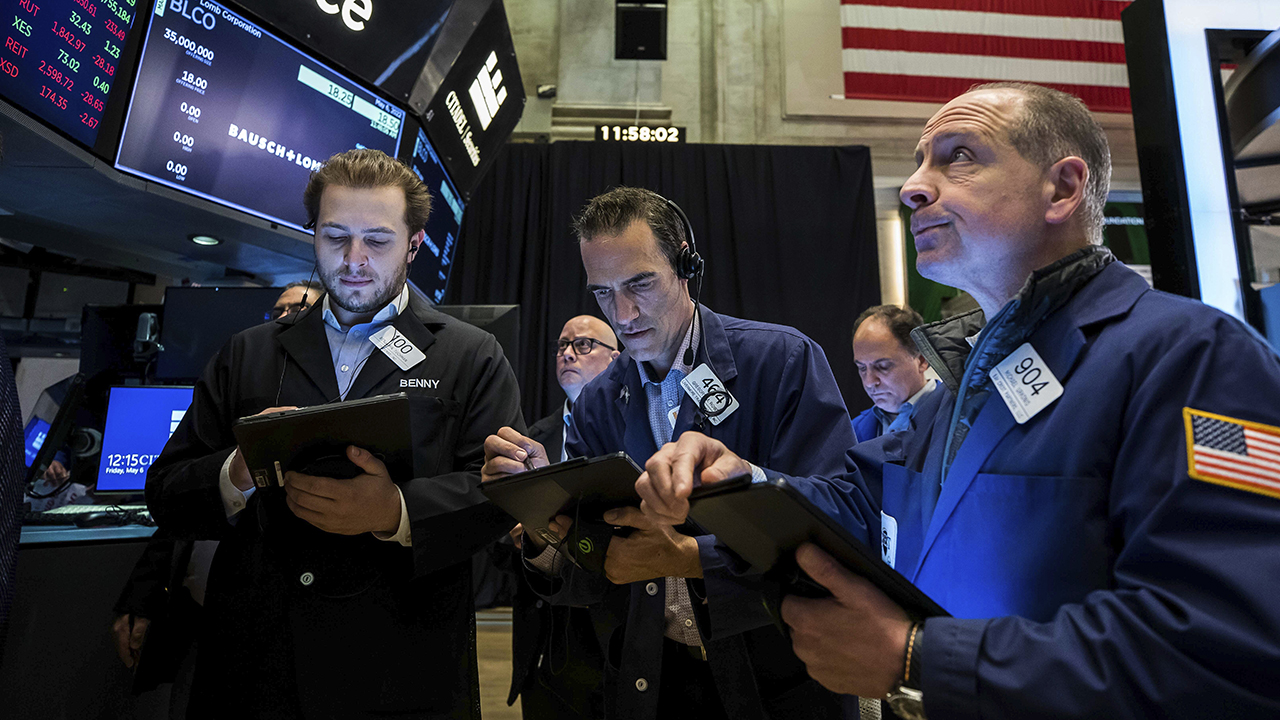 MARKETS
Nasdaq, S&P stage modest rebound with inflation data on tap Wednesday
Volatility remains for US stocks after all three of the benchmark averages tumbled to lows not seen in over a year.
Posted by FOX Business Team Share 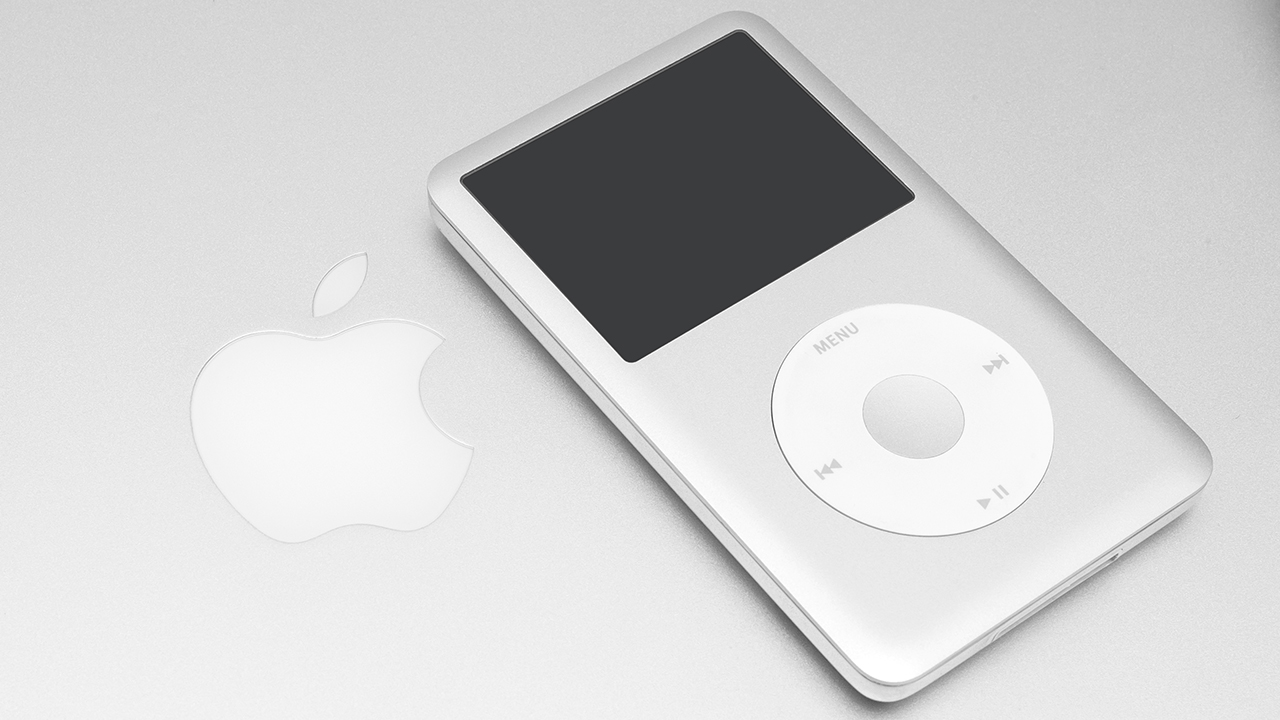 TECHNOLOGY
Apple discontinuing last iPod model, available 'while supplies last'
Over 20 years after Apple's iPod first revolutionized how people can listen to music, the company announced Tuesday that it is discontinuing the MP3 player.
Posted by FOX Business Team Share 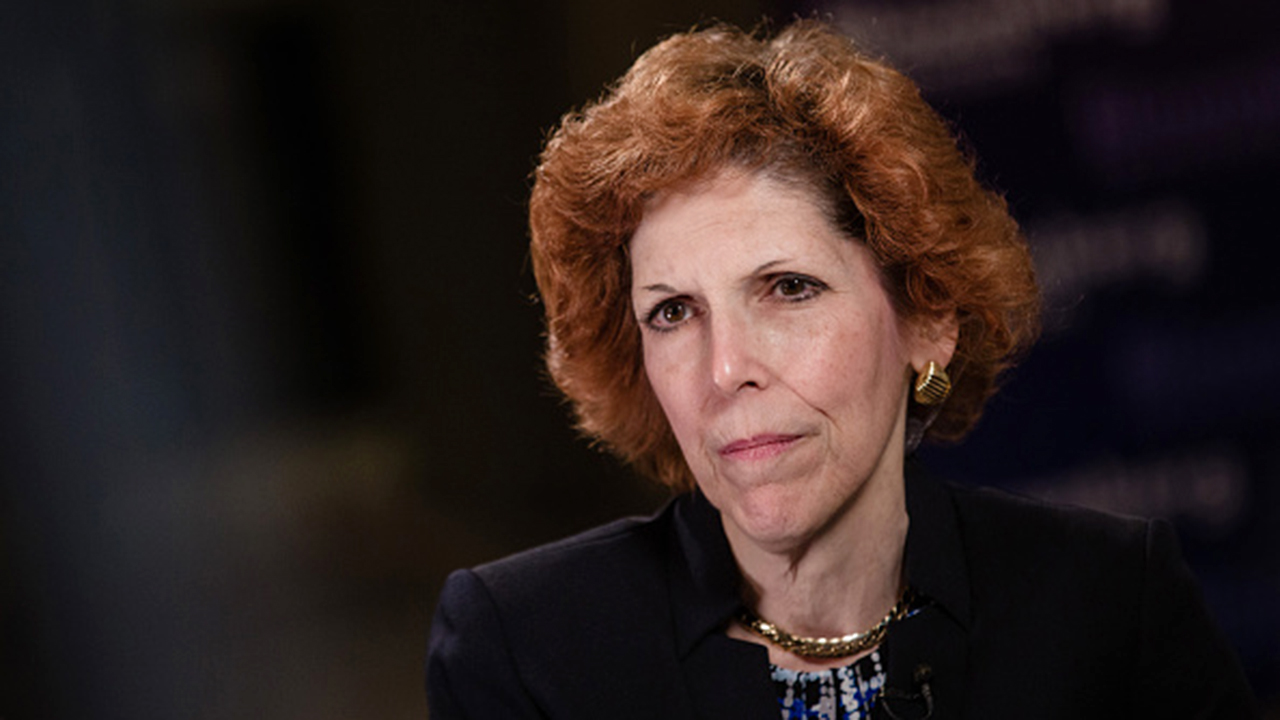 ECONOMY
Cleveland Fed president endorses more half-point rate hikes, bigger ones if inflation persists
Cleveland Federal Reserve President Loretta Mester said Tuesday she supports consecutive, half-point interest rate hikes at the central bank's next two meetings – and would back an even bigger increase down the road if sky-high inflation doesn't cool off by the second half of the year.
Posted by FOX Business Team Share 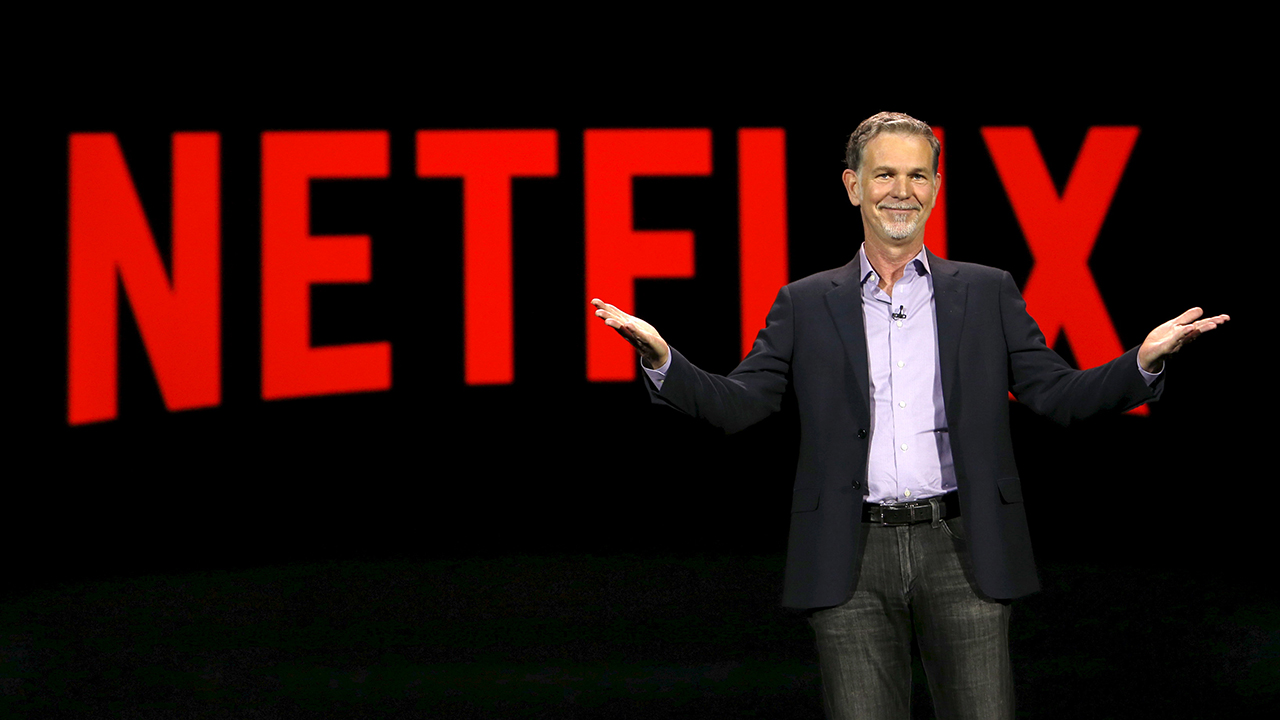 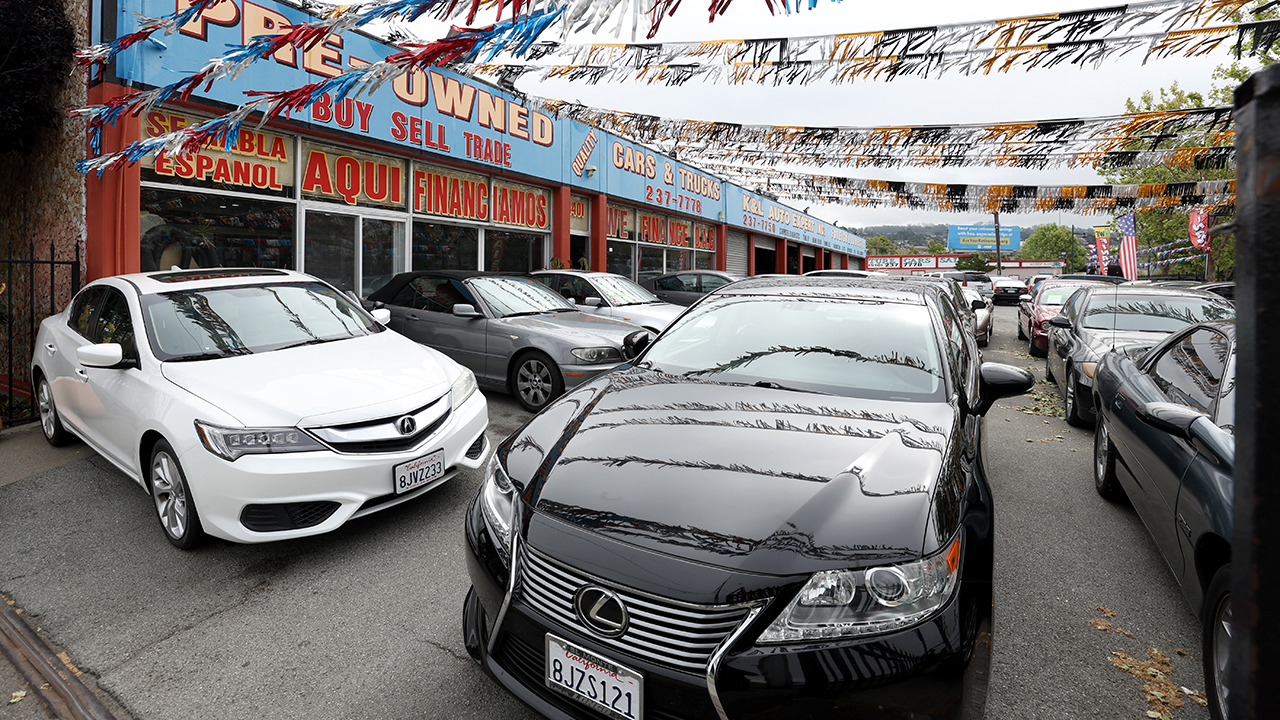 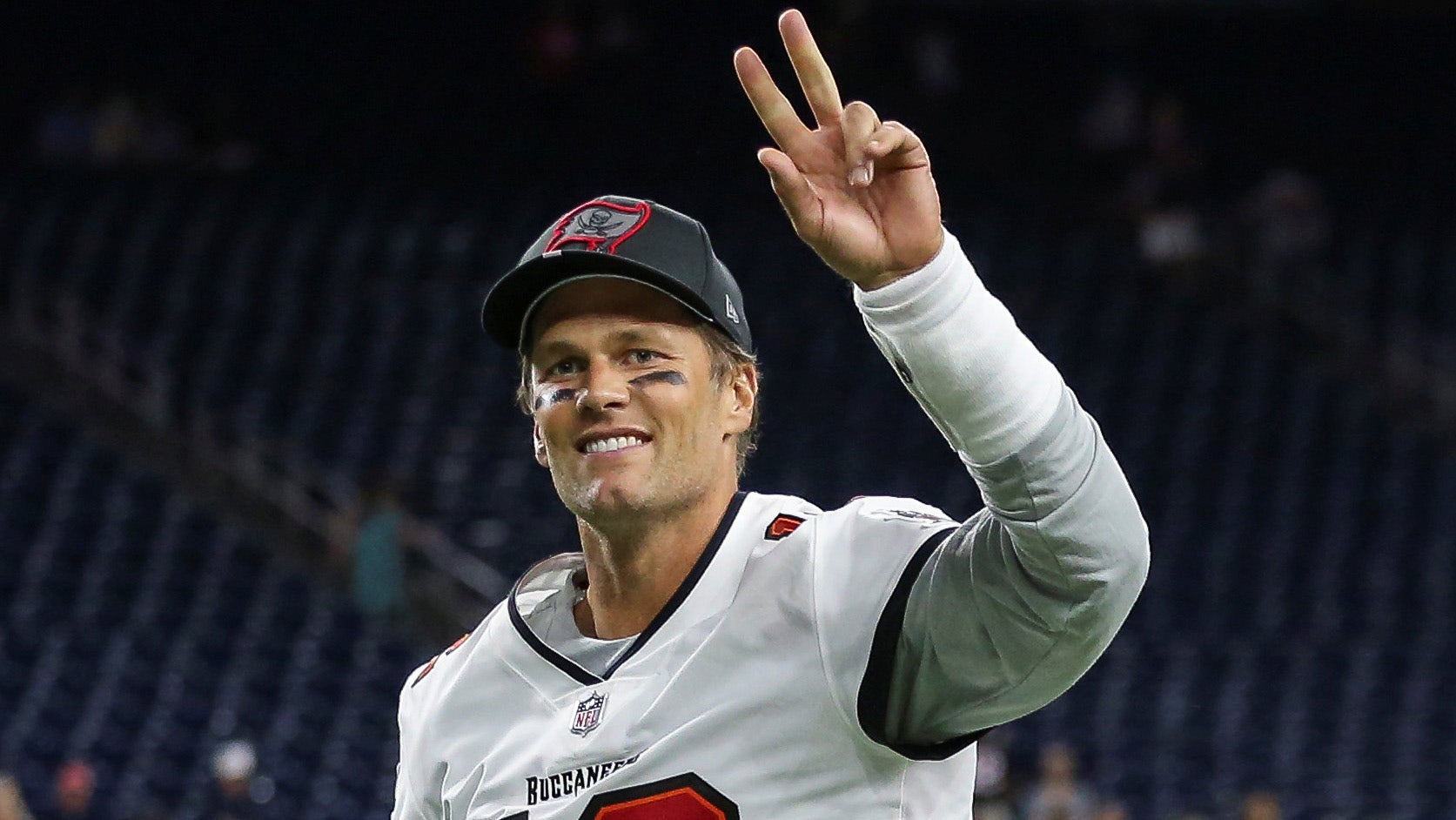 Prologis is offering $23.7 billion for Duke Realty, a leading US industrial REIT, a 29% premium to $61.68 per share. Duke has yet to respond per the time of publication.

Peloton shares are getting punished down over 20% in pre-market trading, while CEO Barry McCarthy says the company is making progress investors don't see it.

Peloton CEO Barry McCarthy in a letter to shareholders says the company is making progress in its turnaround plan. "I’ve been in the CEO role of Peloton since February 9. During those three months I’ve focused on: 1. stabilizing the cash flow 2. getting the right people in the right roles and 3. growing again. We’re making progress on all three priorities."

MARKETS
Stocks rebound off yearly lows
Investors dipped back into US stocks after all three of the benchmark averages tumbled to lows not seen in over a year.
Posted by FOX Business Team Share

Inflation is a two fold problem 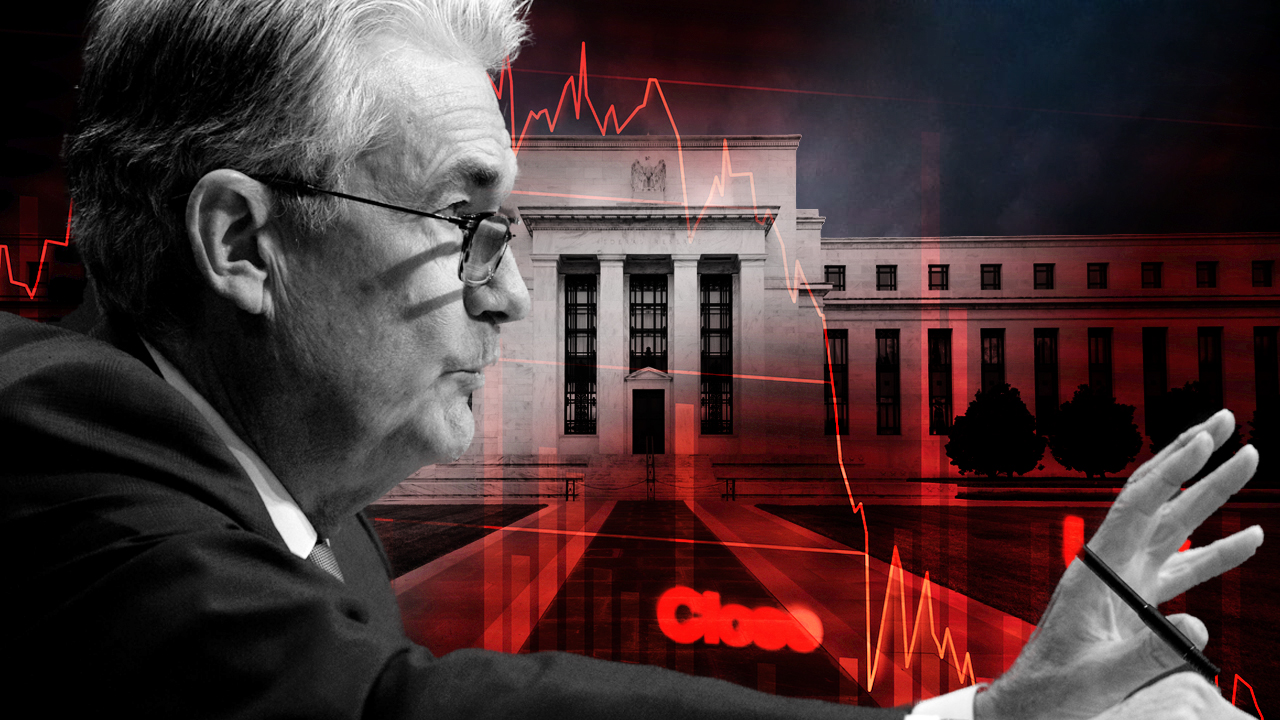 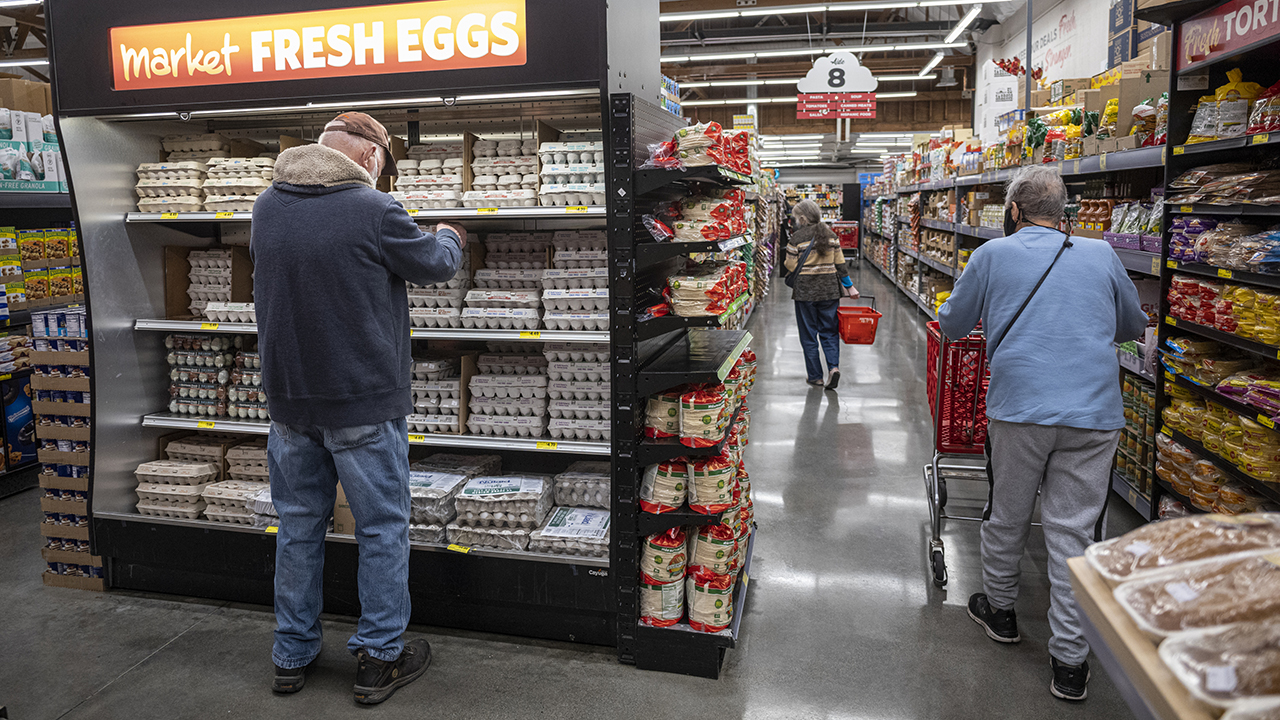 SMALL-BUSINESS
Small business sentiment subsides as inflation worries mount, NFIB survey shows
Small businesses confidence hovered near a two-year low in April, with the most owners since 1981 reporting that sky-high inflation was their single most important problem, a survey showed on Tuesday.
Posted by FOX Business Team Share

U.S. equity futures are higher on Tuesday, a day after Wall Street's benchmark S&P 500 index tumbled 3.2%, hitting its lowest point in more than a year.

Gas prices hit a new all-time high on May 10, 2022, amid rising inflation and President Biden's restrictions on oil and gas production.

Gas prices hit a new all-time high on May 10, 2022, amid rising inflation and President Biden's restrictions on oil and gas production.

According to AAA's average gas price calculator, the national average cost of a regular gallon of gasoline hit $4.374 on Tuesday, the highest since September 2014, when the average monthly cost hit $3.387.

The prices come as the European Union edges toward oil sanctions on Russia amid the Kremlin's invasion of Ukraine. It also comes amid record-high inflation, with the consumer price index reaching 8.5% in March.

Critics claim that President Biden's energy policies – restricting drilling on federal lands and blocking the completion of the Keystone XL pipeline – have created a "supply problem" in the market.

Biden initially announced a moratorium on drilling on federal lands, but a federal judge in Louisiana blocked the moratorium after 13 Republican attorneys general sued.

Tesla CEO Elon Musk, who is in the process of acquiring Twitter, said the social media platform obviously has a "strong" left-wing bias.

Tesla CEO Elon Musk, who is in the process of acquiring Twitter, said the social media platform obviously has a "strong" left-wing bias, commenting on Twitter's apparent lack of action against a Rewire News Group journalist who tweeted a call for violence against pro-lifers.

He had been responding to conservative influencer Mike Cernovich. Cernovich highlighted a tweet from Rewire News Group journalist Caroline Reilly, who responded to an arson attack against a pro-life non-profit by calling for more violence.

Stocks higher across the board; Q1 earnings reports continue

The Federal Reserve is trying to cool inflation that is running at a four-decade high, but investors worry that might trigger a U.S. downturn. That adds to pressure from Russia's war on Ukraine and a Chinese slowdown.

Energy stocks also fell. Marathon Oil and APA Corp. each sank more than 14%.Stocks have declined as the Fed turns away from a strategy of pumping money into the financial system, which boosted prices.

Bitcoin, Ethereum and Dogecoin were all higher early Tuesday morning

Cryptocurrency was trending higher early Tuesday morning as Bitcoin, Ethereum and Dogecoin all showed gains after losses the last week.

In the last week, Bitcoin was lower by 21.6% and the losses extended over the past month to nearly 30%.

On Monday, both benchmarks posted their biggest daily percentage falls since March, dropping by 5% to 6%.

The falls reflected trends in global financial markets, as investors shed riskier assets on worries about interest rate rises and resulting impact on economic growth.Oil prices were boosted last week after the European Commission proposed a phased embargo on Russian oil. However, the approval has been delayed amid requests from Eastern European members for exemptions and concessions.

A new version, currently being drafted, is likely to drop a ban on EU tankers carrying Russian oil, after pressure from Greece, Cyprus and Malta, a EU source said.

"Clearly, (EU) members are struggling to come to an agreement, which suggest that we may see a further watering down of the proposed package," Patterson said.

Financial markets are also heeding concerns that some European economies could suffer distress if Russian oil imports were curtailed further, or if Russia retaliated by cutting off gas supplies.

German officials are quietly preparing for any sudden halt in Russian gas supplies, Reuters reported. An emergency package could include taking control of critical firms.

A halt to Russian gas supplies to Germany would trigger a deep recession and cost half a million jobs, a senior economist said in an interview published on Tuesday.

Hungary has also restated its position that it will not accept a new round of proposed sanctions on Russia until its concerns are addressed.In the United States, crude, distillates and gasoline inventories likely fell last week, a preliminary Reuters poll of the weekly data showed on Monday.